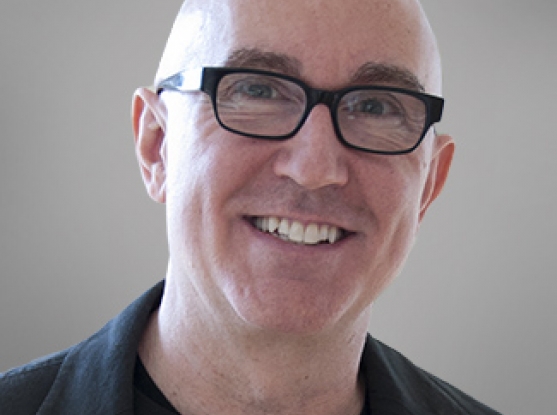 Stuart Schreiber, a core member of the Broad Institute of MIT and Harvard and a Professor of Chemistry at Harvard, has been awarded the 2016 Wolf Prize in chemistry. The prize, considered among the most prestigious in the scientific community, recognizes Schreiber for his work in chemical biology and for the use of small molecules as probes to uncover novel cellular mechanisms at the root of human health and disease.

Stuart Schreiber, a core member of the Broad Institute of MIT and Harvard and a Professor of Chemistry at Harvard, has been awarded the 2016 Wolf Prize in chemistry. The prize, considered among the most prestigious in the scientific community, recognizes Schreiber for his work in chemical biology and for the use of small molecules as probes to uncover novel cellular mechanisms at the root of human health and disease.

Schreiber is a founding member of the Broad Institute of MIT and Harvard and directs the institute’s Center for the Science of Therapeutics (CSofT). He was the founding director in 1997 of Harvard’s Institute of Chemistry and Cell Biology. He shares the 2016 chemistry award with Kyriacos Nicolaou of Rice University in Houston.

“This is a profound honor,” Schreiber said. “I am deeply grateful to the Wolf Foundation for this recognition and am more optimistic than ever about the field of chemical biology. Insights, from many researchers, over the last few decades have provided researchers with a powerful foundation upon which to make new discoveries that will benefit human health for generations.”

Schreiber is a world leader in chemistry, using small molecules as probes in uncovering biological functions. He has provided some of the most significant small-molecule-based advances, including small-molecule probes of extremely difficult targets and fundamental cellular processes (e.g., transcription factors, oncogenes, protein/protein interactions, transdifferentiation of cells).

Schreiber’s research includes a groundbreaking chemical approach to discover the principles underlying information transfer and storage in cells. Schreiber’s work on the FK506-binding protein FKBP12 in 1988, along with his colleague Gerald Crabtree’s discovery of the NFAT proteins, led to the elucidation of the calcium-calcineurin-NFAT signaling pathway. This landmark revelation was the first definition of an entire cellular signaling pathway from the cell surface to the nucleus, providing an important paradigm for understanding intracellular signaling.

In 1994, Schreiber and co-workers discovered that the proteins FKBP12 and mTOR are the simultaneous targets of the small molecule rapamycin, now approved for use as an immunosuppressant drug given to patients after organ transplantations to help prevent rejection. Another key contribution made to the field is Schreiber’s formal planning of diversity-oriented synthesis (DOS), which involves the creation of diverse libraries of small molecules for biological screening. Using DOS and small-molecule screening, Schreiber helped illuminate many cellular pathways, including the nutrient-response signaling network involving TOR proteins in yeast and mTOR in mammalian cells.

In 1996, Schreiber used small molecules to characterize the molecular nature of histone deacetylases (HDACs) for the first time – before this work, HDAC proteins had not been successfully isolated. Along with other research in this area, Schreiber’s HDAC discovery and his novel “signaling network model” of chromatin revealed the genetic complex to be not just a simple structural element, but one with a key regulatory function that is central to epigenetics. Currently, Schreiber and colleagues in the Broad’s Center for the Science of Therapeutics focus on integrating human biology with chemistry and chemical biology to discovery small molecules that modulate therapeutic targets at the heart of disease.

“Stuart Schreiber’s contributions to chemistry and chemical biology are unparalleled,” said Eric Lander, founding director of the Broad Institute. “He is constantly providing new scientific insights and developing creative and powerful tools. It is wonderful to see his contributions recognized with this major international prize."

The Wolf Prize is presented annually by the Wolf Foundation, founded by Dr. Ricardo Wolf, a German-born inventor and former Cuban ambassador to Israel.