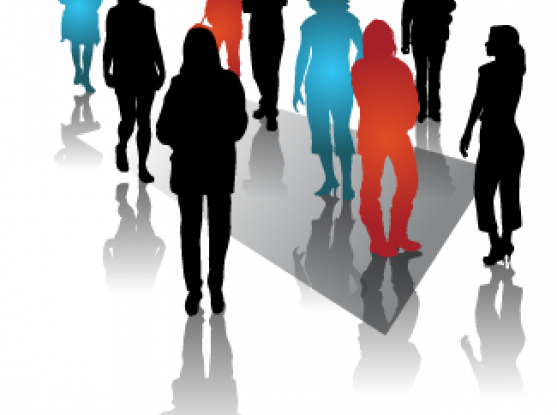 Investigators from The Cancer Genome Atlas (TCGA) Research Network, including several scientists from the Broad Institute, have published the most comprehensive genomic analysis of endometrial cancer to date. Their study, which appeared in the May 2 issue of Nature, classified the tumors into four novel sub-types and identified molecular similarities between some of these sub-types and other forms of cancer, including ovarian, breast, and colorectal cancers. The findings provide new clues about the molecular pathways that may contribute to the disease, and could help identify which patients might benefit from aggressive treatment.

“This paper provides the most refined picture to date of the genetic causes of endometrial cancer. This picture enables us to identify biological pathways that lead to endometrial cancer as well as possible therapeutic targets and approaches to treatment,” explained paper co-author Rameen Beroukhim. Beroukhim is an associate member in the Broad’s Cancer Program, as well as an assistant professor at Dana-Farber Cancer Institute and Harvard Medical School, and an attending physician at Brigham and Women’s Hospital.

Endometrial cancer, which forms in the lining of the uterus, is the fourth most common cancer diagnosed in women, with nearly 50,000 cases diagnosed last year in the U.S. alone. While it can be deadly, most women with endometrial cancer die of other causes without having shown signs of the disease. However, determining which women are at high risk can be difficult.

Endometrial cancers are classified into two types: endometrioid, a less severe form associated with excess estrogen and obesity, and serous, a more life-threatening form that tends to afflict older women. The type of endometrial cancer a patient has is currently determined through histology, in which a small slice of the tumor is examined under a microscope. That diagnosis dictates what type of treatment a patient receives. Unfortunately, histology can be imprecise, and many patients suspected of having serous tumors endure aggressive treatments that may not be necessary.

“We know that the long-term side-effects of treatment are extensive for many of these patients. What we need are molecular markers that can classify patients as high-risk for recurrence and death, and low-risk for death so that we can avoid over-treatment,” said co-author Helga Salvesen, a clinician and endometrial cancer specialist. Salvesen is a visiting scientist at the Broad and professor at the University of Bergen, Norway.

The TCGA study identified molecular profiles in endometrial cancer that may make risk assessment easier. The researchers analyzed the genomes of nearly 400 endometrial tumors, and found patterns in the genetic data that enabled them to classify endometrial cancers into four novel sub-types.

The identification of this more severe sub-type of serous and serous-like endometrioid tumors could help clinicians determine which patients should receive aggressive treatment.

“What we’ve found is that there are some tumors that would be classified as endometrioid based on histology that in fact look molecularly like serous cancers,” said Andrew Cherniack, a research scientist in the Broad TCGA Genome Characterization Center who led the copy number analysis for the study and was responsible for some of the paper’s key findings. “Pending further studies, this molecular classification could provide a better tool for pathologists than histology alone to determine which tumors put patients at high-risk.”

The study also revealed that some endometrial cancers share genomic characteristics with other forms of cancer. Serous tumors and endometrioid tumors with serous-like profiles look molecularly similar to ovarian serous cancer and basal-like breast cancer. All three cancers possess similar copy number variations, as well as a high rate of mutations in TP53. They also share a low mutation rate in another tumor suppressor gene called PTEN, which is frequently associated with endometrial cancer.

The researchers also found similarities between certain endometrioid cancers and colorectal cancer. These cancers share a mutation in POLE, a gene involved in DNA repair. That mutation impairs the mechanism involved in replicating DNA, resulting in a far higher mutation rate than is seen in other types of cancer.

TCGA is a multi-institutional effort funded by the National Cancer Institute and National Human Genome Research Institute, which are both part of the National Institutes of Health. The Broad Institute serves as a data generation and analysis center for TCGA. These activities are led by several Broad scientists, including Matthew Meyerson and Stacey Gabriel, who head the Broad TCGA Genome Characterization Center, and Gad Getz, principal investigator of the Broad TCGA Genome Data Analysis Center.

TCGA has published analyses of seven cancer genomes to date, including this study of endometrial cancer and a study of acute myelogenous leukemia, which was also published on May 2, in the New England Journal of Medicine. TCGA intends to characterize at least 20 cancer genomes, and to continue to make all of the data freely available to the cancer research community.

The researchers wish to thank the many donors who contribute the specimens and clinical data that make these studies possible.

Coelacanth genome surfaces
Surveying cells, one at a time