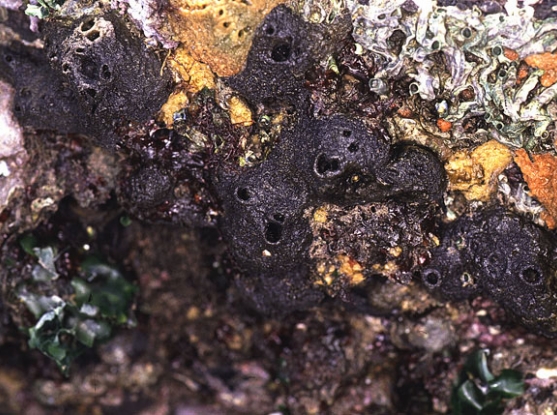 Powerful drugs can have humble beginnings. And few creatures are quite as humble as the lowly marine sponge, Halichondria okadai. In 1986, researchers discovered that this Japanese sponge produces an anticancer chemical product – but only in tiny amounts. Inspired by species of Halichondria, a collaborative team of researchers from Harvard University set out to unravel the mysteries of this naturally occurring small molecule, produce it in the laboratory, and transform it into a viable drug. They succeeded: late last year, the US Food and Drug Administration approved the drug, now called eribulin, as a treatment for metastatic breast cancer.

Broad core member Stuart Schreiber describes the origins of eribulin in his perspective article in this week’s special issue of Proceedings of the National Academy of Sciences. Starting with a complex natural product and synthesizing a new drug is one way that scientists are bridging the valley that separates scientific discovery from medical advancement. The issue explores other advances and innovations in the field of organic synthesis – the process of constructing chemical compounds in the laboratory – with articles by 20 leading scientists, including three papers by Broad researchers. The researchers describe new computational tools and approaches that may help accelerate the identification of new, more powerful drugs.

“Organic synthesis is a venerable field that is redefining itself, hopefully in a way that will accelerate the discovery of future therapeutics,” Schreiber wrote in his perspective article. “The continued growth, redirection and evolution of the field is essential for scientists to realize the promise of human biology in the 21st century.”

Researchers that specialize in organic synthesis develop collections of hundreds of thousands or even millions of compounds, which they can use to probe the biology of cells of interest. Those compounds that elicit a desired response are refined and developed, with an eye toward creating new drugs. But scientists need to be able to tell if the compound collections they have assembled are working well in a variety of experiments. Paul Clemons, the Broad’s director of computational chemical biology, and his colleagues have developed a computational tool to evaluate the performance of collections of molecules.

“One of the major advantages to our approach is that we’re analyzing compound collections as opposed to individual compounds,” said Clemons, the paper’s corresponding author. “Most of the rules for what people call a good compound are based on looking at one compound at a time. The key idea here is that if people are going to invest in synthetic chemistry, they’re going to need methods to look at groups of compounds and their overall performance.”

Clemons and his colleagues aim to use this new analytical tool to aid interested chemists. Instead of judging compound collections based on the performance of individual members, they hope that future researchers will use performance diversity to judge consequences of chemistry decisions. Through these studies, researchers may be able to learn what structural properties promote desirable outcomes when included in molecules.

In two additional papers by Broad authors, researchers describe two new techniques for building libraries of diverse but easily modified chemical compounds. Although both groups have the same end goal – an easier path toward the creation of new drugs – they follow very different trajectories.

“We set out to create a set of complex molecules that could be easily manipulated,” said research chemist Eamon Comer, an author of one of the papers. “It takes a lot of effort to even subtly manipulate many complex molecules as they are often difficult to prepare. Our ultimate goal would be to create a library where you could readily interchange every single atom on the compound.”

Although this goal is not currently achievable, Comer and his colleagues take an important step toward it by developing an approach that begins with basic molecule building blocks and constructs complex compounds whose molecular parts can be easily swapped in and out later, if the molecule proves interesting. Researchers should be able to simply tweak these molecules, creating structurally similar compounds called analogs.

“The ultimate test will be to screen these compounds and see how well they do and how easily and rapidly we can make their analogs,” said Lisa Marcaurelle, senior author of the paper.

Another Broad group took a different tack, starting out with the bare bones of molecules – tiny pieces known as fragments. The fragments’ small size allows them to fit into protein nooks and crannies that may be inaccessible to larger, more complex compounds. Damian Young, senior author of the paper and group leader of diversity-oriented synthesis chemistry, describes these fragments as “chemical anchors” that provide a starting place from which full-fledged probe compounds can be grown.

The concept of using fragments as a starting point is certainly not new, but the authors’ approach of synthesizing their own collection rather than using a commercially available one has not been taken before.

“This is the first time that people have discussed synthesizing fragments in general,” said Young. Commercial collections usually contain “flat” molecules, which are easy to synthesize but lack the three-dimensional complexity that naturally occurring compounds tend to display. The field of diversity-oriented synthesis emphasizes the importance of having a collection of molecules that are structurally complex and diverse. Young and his colleagues drew upon the principles of diversity-oriented synthesis to create a library of compounds rich in complexity and three-dimensional components but still small in size.

“We’re bringing two fields together that had been viewed as completely unrelated: diversity-oriented synthesis and fragment-based drug discovery,” said first author Alvin Hung. ”We hope that the combined benefits offered from each of these approaches will enhance opportunities to create novel lead compounds against a wide variety of interesting biological targets.”

Advances in the creation and evaluation of compound collections may help researchers find new, medically relevant insights, but Schreiber notes that the next important challenge will be to provide the pharmaceutical industry with the data needed to choose the most promising insights to invest in.

“Modern, interdisciplinary projects are enabling basic research to progress to a more advanced stage where emerging concepts in human disease can be tested with small-molecule probes or drugs in physiologically relevant conditions,” Schreiber wrote in his perspective article. “Testing emerging concepts with highly selective probes in defined models of human disease would enable pharmaceutical companies to prioritize drug-development investments with much greater confidence. The impact of investments in basic research would be enhanced considerably.”