The microbiome is the ecological community of commensal, symbiotic, and pathogenic microorganisms that share our body space. This microbial community is complex and abundant, with estimates of the total species that inhabit an individual ranging well into the thousands. Although it is evident that we understand only a small component of the human microbiome, there is growing recognition that resident microbial communities influence human health and disease.

Much of our understanding of the human microbiome comes from culture-based approaches. Unfortunately, as much as 20% to 60% of the human-associated microbiome is presently uncultivable. Profiling bacterial communities by culture-free approaches has been enormously important in helping scientists identify the species present, quantify their abundances, and determine their functions. Methods to examine the complexity of microbiome samples include generating sequencing libraries from DNA (metagenomics) and RNA (metatranscriptomics) as well as small molecule and metabolite libraries (metabolomics). Additionally, IgA-sequencing is used to target members of the microbial community that are coated in IgA and therefore recognized by the human immune system.

Investigators at the Broad continuously strive to develop and apply better methods in microbiome research that make data generation more accessible to all members of the scientific community. Our researchers are also leading efforts to build extensive biobanks of culturable bacterial isolates, such as the Broad Institute-OpenBiome Microbiome Library and the Global Microbiome Conservancy isolate collection, that will facilitate mechanistic studies of the human microbiome. Moreover, the Broad has a state-of-the-art gnotobiotic mouse facility to provide findings with in vivo relevance in mucosal defense and immunity.

Highlights from microbiome research at the Broad: 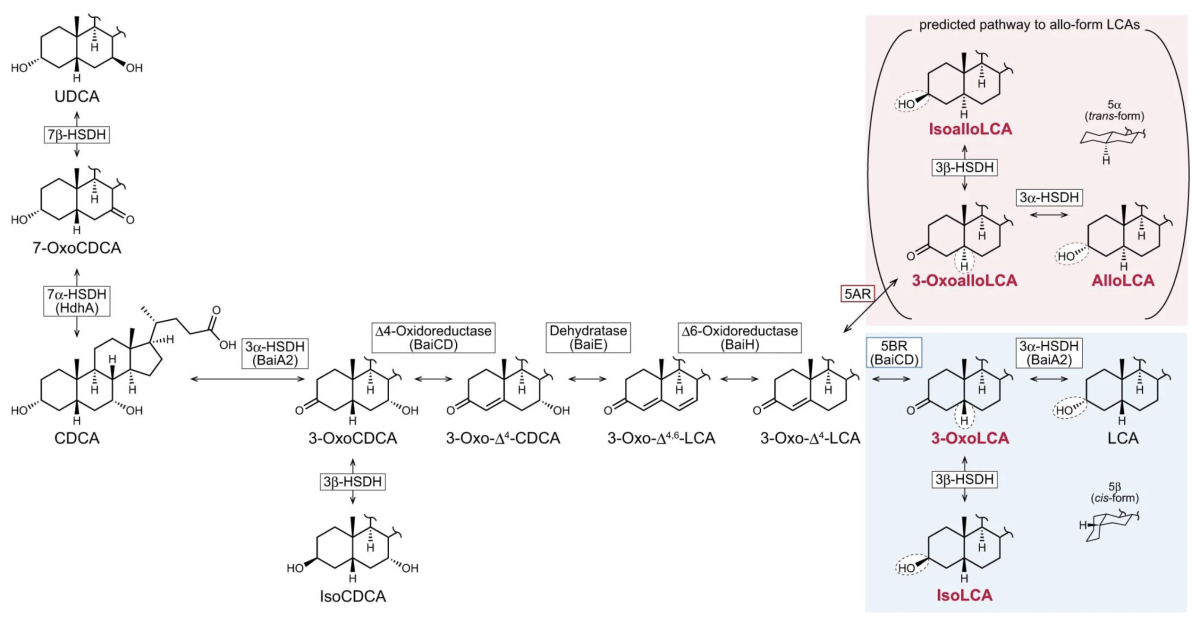 Individuals who reach 100 or more years of age (known as centenarians) are less susceptible to illnesses associated with aging, such as chronic inflammation and infectious diseases. Broad investigators and their collaborators in Japan revealed that centenarians have microbiomes that are distinct from other age groups. Within the centenarian microbiome, they identified an enrichment in microbes capable of generating unique secondary bile acids and further revealed the enzymes responsible for producing these bile acids. These findings suggest that the metabolism of specific bile acids may be involved in reducing the risk of infection and support longevity. 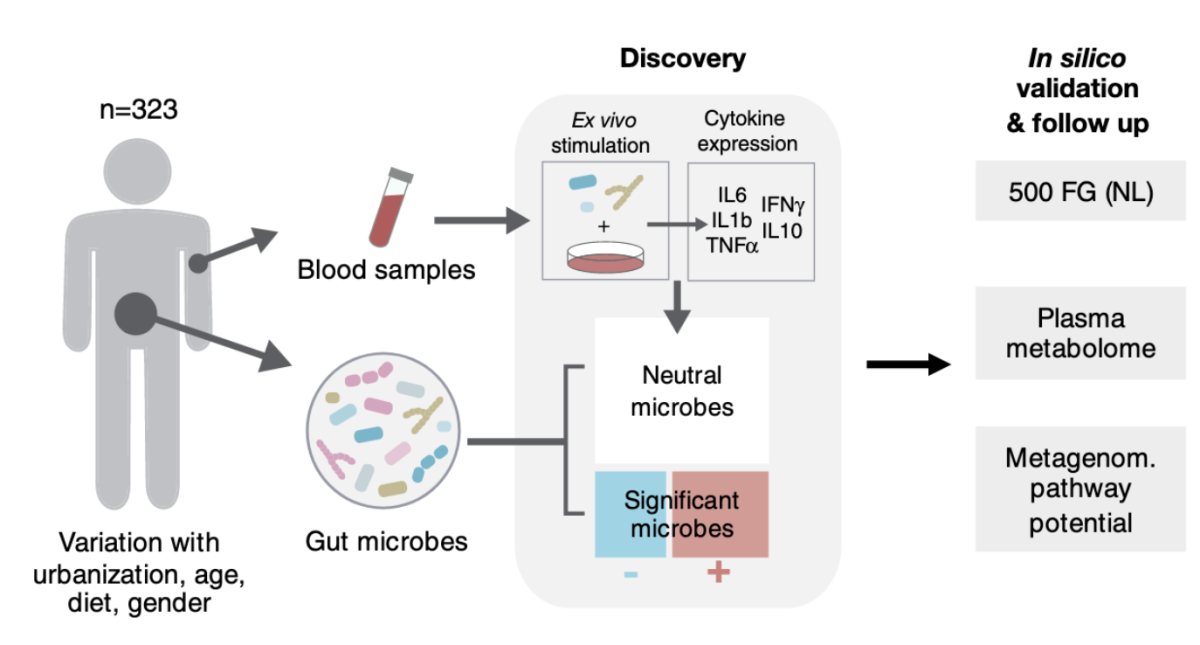 The microbiome is an important factor in shaping human immunity through the release of metabolites and small molecules into the circulation. Shifts in the composition of the microbiome, and thus the metabolites and molecules produced, are observed with lifestyle and behavioral changes stemming from economic development. Urbanizing African populations harbor large microbiome diversity due to a range of lifestyles, providing the necessary variation to identify microbial features that impact the human immune system. Teaming up with investigators in the Netherlands and Tanzania, Broad researchers used metagenomic and metabolomic data from people living in regions of Tanzania ranging from rural to urban to uncover a gradient of microbial compositions. They linked the consequent variation in immune responses to 34 microbes that had large influences on circulating metabolites. 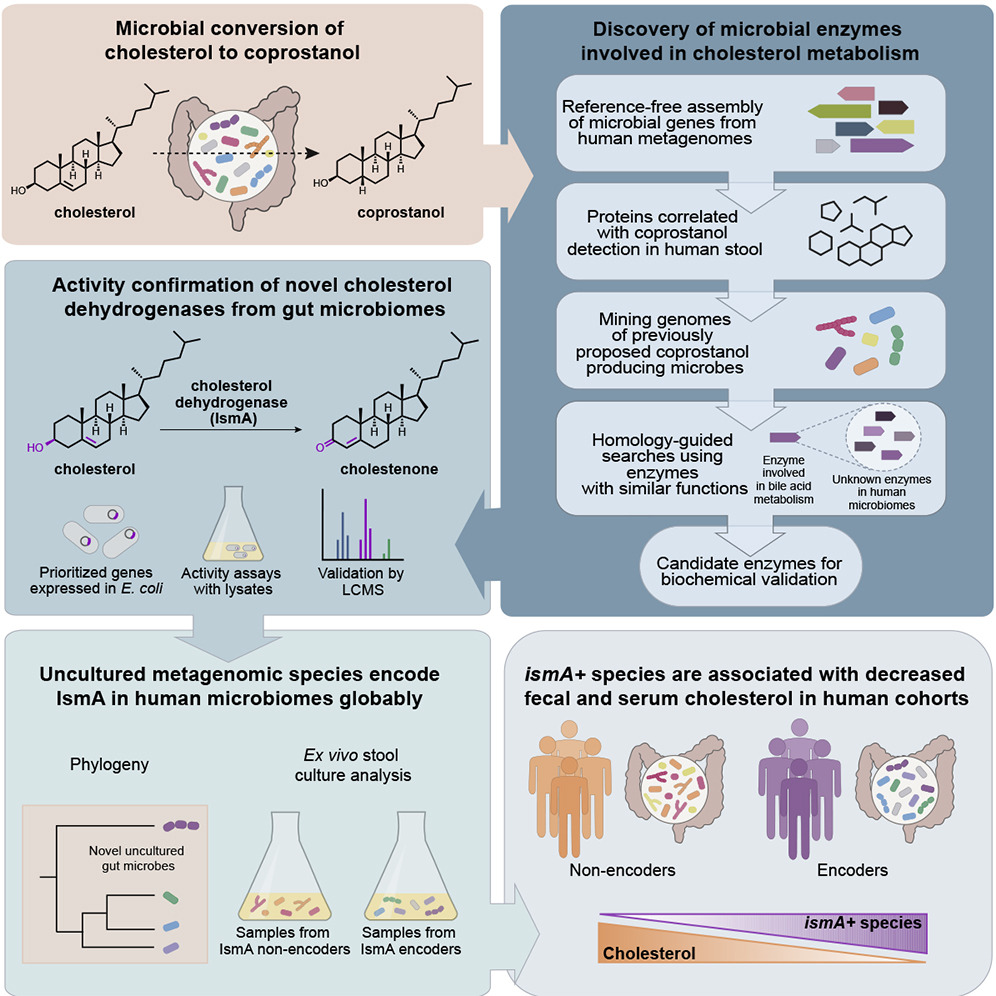 Cholesterol derived from diet and synthesized by the liver is absorbed through the intestine into the blood. The conversion of cholesterol to poorly-absorbed coprostanol by stool samples was first observed in 1934, but until recently our understanding of how gut microbes affected this process was limited. By integrating paired metagenomic and metabolomic data with biochemical experimentation, researchers at the Broad and Harvard predicted and validated bacterial genes encoding cholesterol dehydrogenase enzymes that contribute to coprostanol formation. The enzymes are found in uncultured bacteria that the researchers associated with lower cholesterol levels in humans. This study revealed that cholesterol metabolism by these microbes may reduce cholesterol levels in the intestine and blood, and importantly, developed a framework for the discovery of microbial enzymes that may directly impact human health. 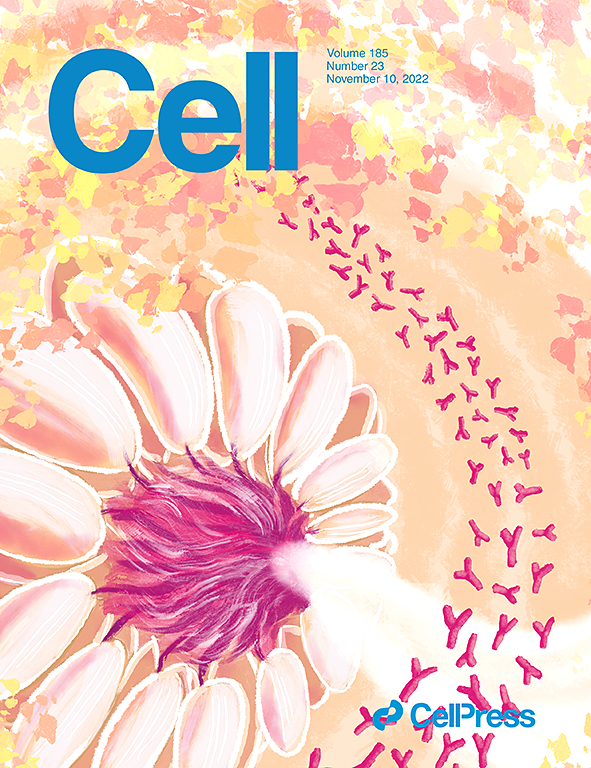 From infancy, the gut microbiome plays an important role in health and development; microbial exposures early in life are critical for immune education and impact susceptibility to autoimmune diseases. By characterizing the fecal microbiomes and metabolomes of 222 Bangladeshi children during the first two years of life, Broad researchers uncovered three highly prevalent clades of Bifidobacterium longum and associated metabolites, including a transitional clade that expanded during weaning and was associated with growth and diarrhea. The comparatively high abundance of this clade may reflect feeding practices that differ across human populations, highlighting the importance of increasing diversity in microbiome studies.