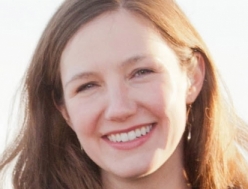 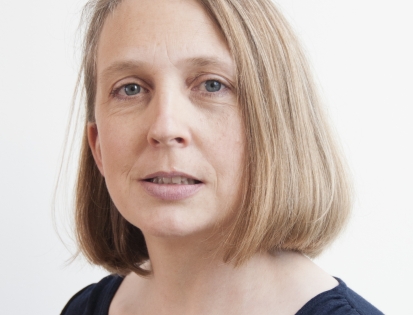 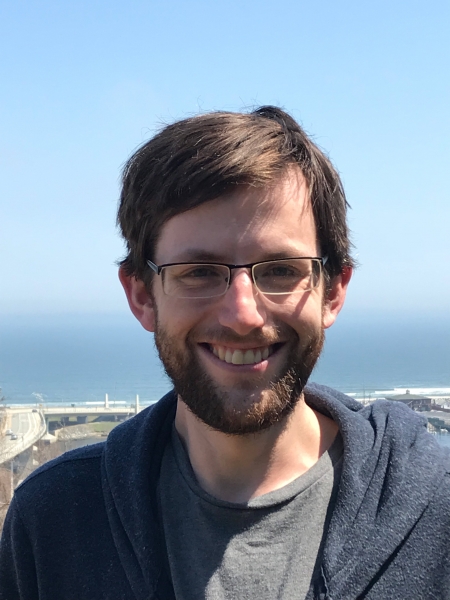 Colin Worby
Computational Biologist
cworby@broadinstitute.org
Colin Worby is interested in bacterial transmission dynamics and the spread of antimicrobial resistance. He is currently exploring the impact of antibiotic use on the human gut resistome and the acquisition of antibiotic resistance elements during international travel. Before joining the Broad Institute, he received his PhD in statistics from the University of Nottingham, and was a postdoctoral research fellow at Harvard School of Public Health and in the Department of Ecology and Evolutionary Biology at Princeton University. 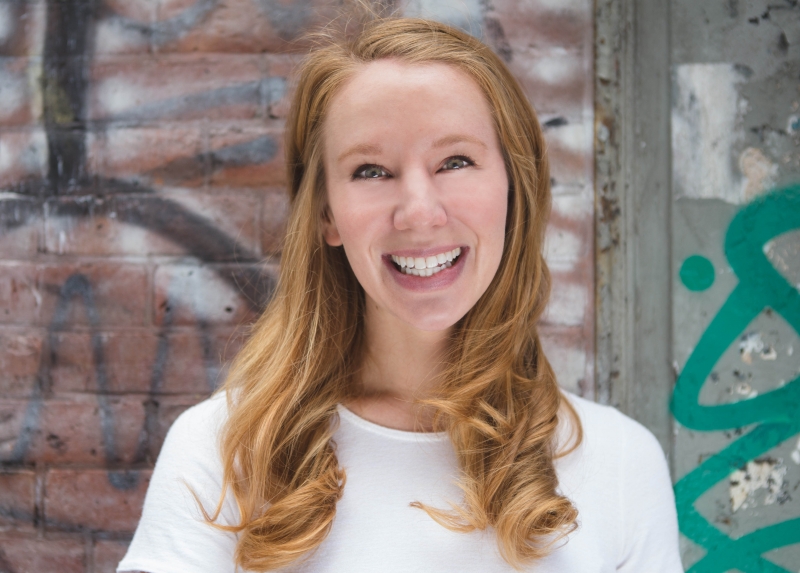 Alex is a molecular biologist seeking to incorporate computational biology into the study of infectious disease and host-pathogen interactions. She is currently using comparative genomics and transcriptomics to identify bacterial and host factors that govern Salmonella persistence. Before joining the Broad Institute, she received her PhD in biology from New York University where she studied the endosymbiotic relationship that parasitic nematodes have with the bacteria Wolbachia. 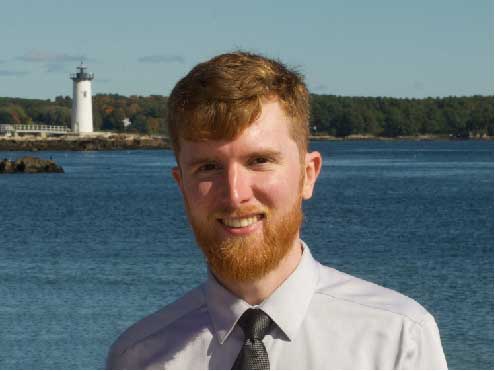 Josh is a microbiologist interested in the ecological and evolutionary processes that drive the development and spread of antimicrobial-resistant superbugs. Currently, he is using large genomic datasets to understand the emergence of multidrug-resistant Enterobacteriaceae in vulnerable human populations, with the goal of informing health professionals of mitigation strategies. Before joining the Broad Institute, he received his PhD in Molecular and Evolutionary Systems Biology from the University of New Hampshire where he studied genome evolution and population dynamics of Staphylococcus species. 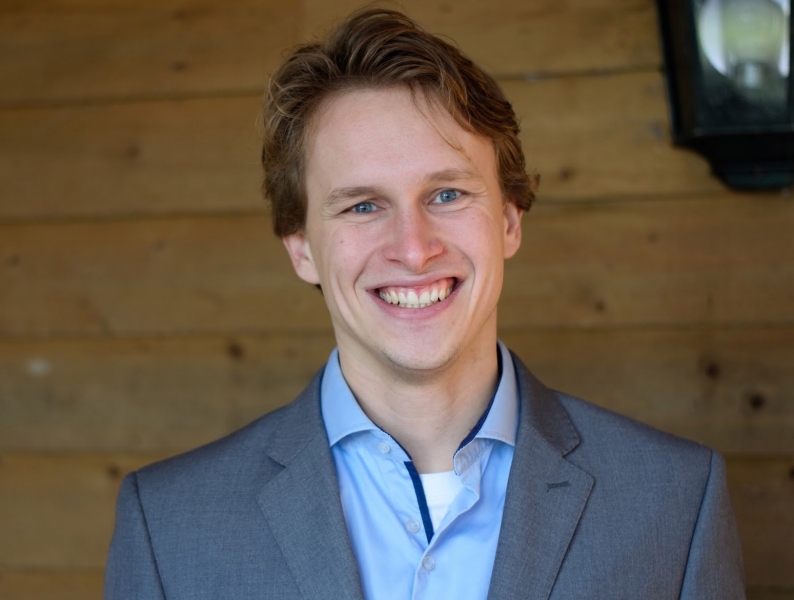 Lucas Van Dijk
Associate Computational biologist
lvandijk@broadinstitute.org
Lucas joined our group as computational associate after finishing his M.Sc. in bioinformatics at Delft University of Technology. He has several years of software engineering experience, obtained at small companies, large companies and as Google Summer of Code student. Lucas focusses mainly on designing mathematical models, algorithms and data structures to analyse bacterial genomic data, to support our projects like understanding Enterococcus antibiotic resistance. His work also contributes to his PhD thesis which he pursues at Delft University of Technology. 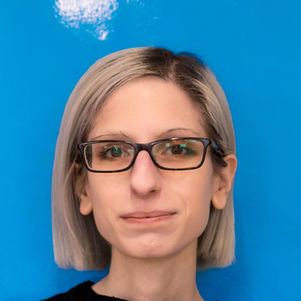 Aysun is a visiting PhD student, currently working on the EnteroGenome project. She is doing her PhD thesis at Delft University of Technology in Thomas Abeel's group, exploring antimicrobial resistance in pathogenic bacteria. She is interested in comparative genomics using pan-genome graphs. Before joining the group, Aysun has received a B.Sc. and M.Sc. in chemical engineering at Bogazici University in Istanbul. 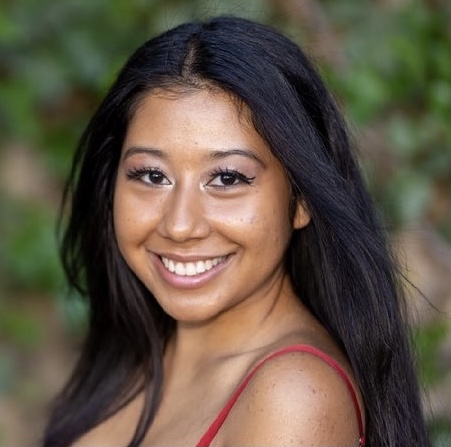 Sosie is an associate computational biologist who joined the Broad Institute as a part of the Broad Biomedical Post-Baccalaureate Scholars Program. She completed her B.S. in Chemical Engineering at Stanford University, and her previous work includes cloning, drug design and testing, and data visualization. Currently, she is working on metagenomic assembly. 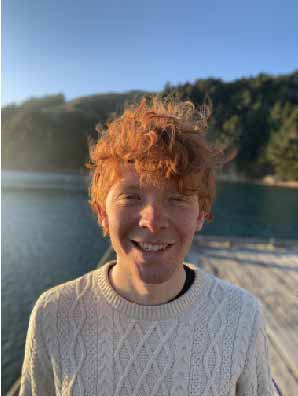 Mark is an associate computational biologist interested in the relationship between host and microbiome. He is currently using metatranscriptomics to profile the activity of the gut microbiome of women suffering from recurrent UTIs. Before joining the group, Mark received a B.A. in Statistics and Computational Biology from Colby College. At Colby, he studied the gut microbiome communities of wild bumblebees. 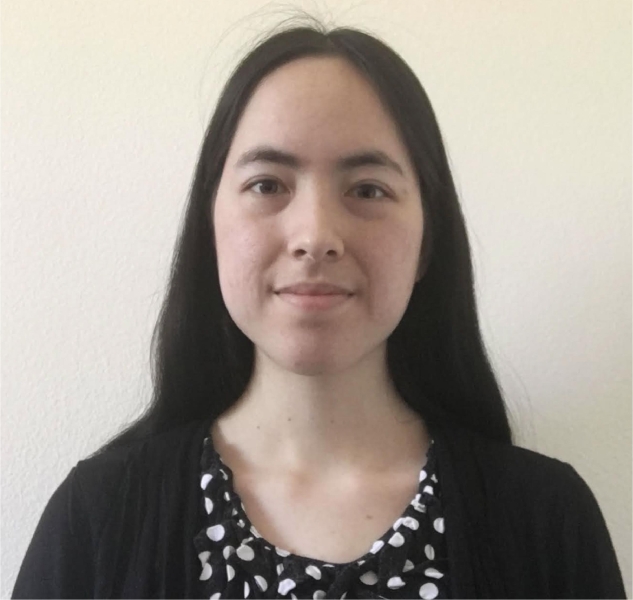 Gracie is an associate computational biologist who joined the group after obtaining a B.A. in Molecular and Cell Biology and a minor in Computer Science from the University of California, Berkeley. Her previous research compared the vaginal, endocervical, and rectal microbiomes of Fijian women. 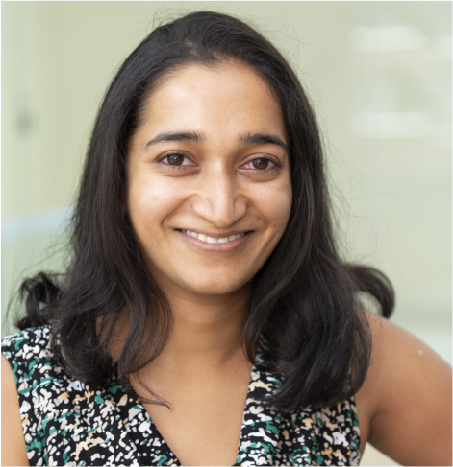 Sushmita Sridhar is a microbiologist studying antimicrobial resistance in enteric bacteria using a combination of computational and laboratory approaches. Her projects focus on the acquisition and carriage of drug-resistant organisms in international travelers and genomic and phenotypic characterization of drug-resistant Klebsiella pneumoniae from Bangladesh. Before her postdoc, she received her PhD from the University of Cambridge/Wellcome Sanger Institute, where she investigated the bacterial resistance to ciprofloxacin. 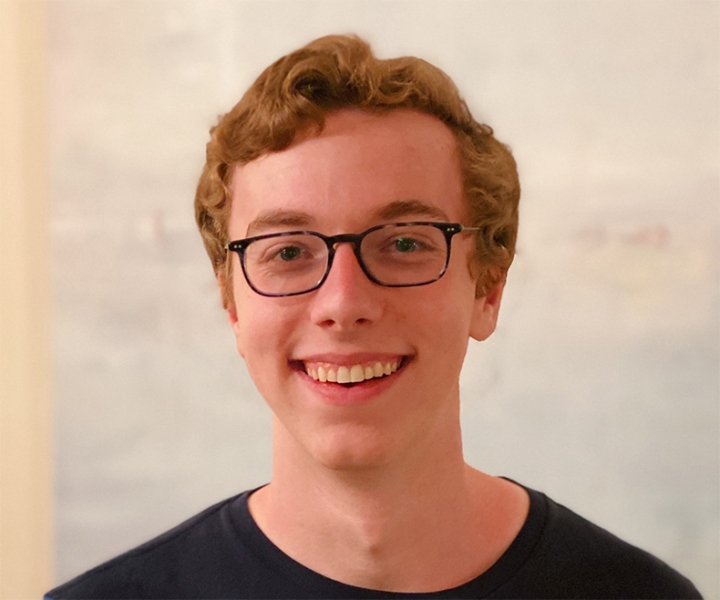 Andrew is a visiting undergraduate student interested in microbial ecology and the evolution of antibiotic resistance. He is currently working on the EnteroGenome project in collaboration with the Gilmore Lab. He studies Applied Math at Harvard. 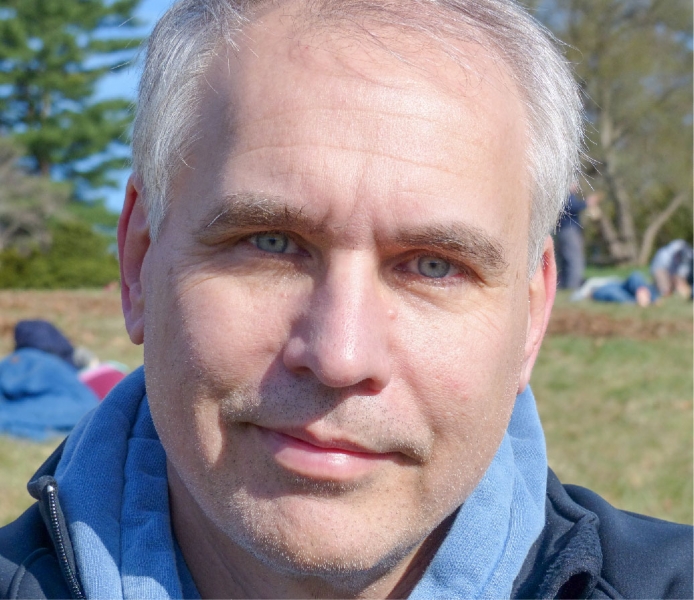 Bruce Walker
Visiting Scientist
bruce@broadinstitute.org
Bruce is VP of Technology at Applied Invention. He is working with the Broad's Bacterial Genomics Group on development of new computational algorithms and application of new technologies to bacterial genomics and microbiome analysis. Bruce has spent most of his career developing high-performance computing solutions for scientific and commercial applications. He worked in the computer industry for over 15 years at Sun Microsystems and Thinking Machines, where he was part of the core design team for the Connection Machine series of massively parallel supercomputers. Prior to joining Applied Invention, he worked at the Broad Institute for over 10 years as Director of Advanced IT, designing and managing the Broad's computing environment, and as Director of Genome Assembly and Analysis, leading a team developing algorithms and high-throughput pipelines for putting together high-quality genomes from viruses to mammals. Bruce has a B.S. in Physics from MIT 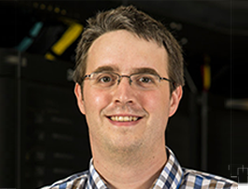 Thomas Abeel is an Associate Professor at the Department of Intelligent Systems of the Faculty of Electrical Engineering, Mathematics and Computer Science at the TU Delft. He is working with the Broad Bacterial Genomics group on several projects, including methods development projects. Read more 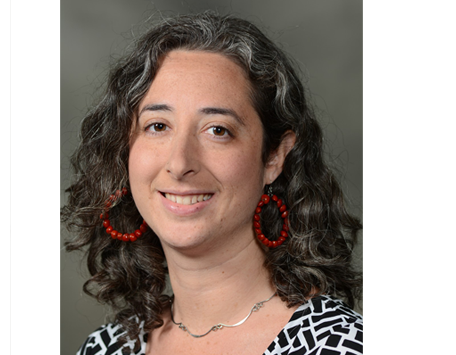 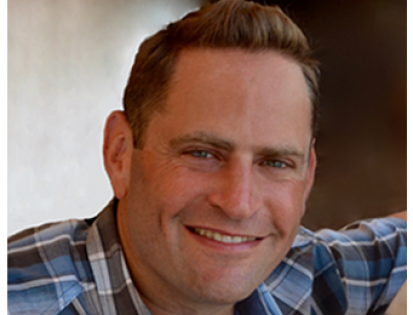 Ryan Bronson
Associate Computational biologist
Ryan's research in the bacterial genomics group involved studying the evolution of drug resistance and microbial population genetics. She worked on comparative genomics projects to examine determinants of drug resistance in bacteria. Before joining the group, Ryan received a B.S. in Applied Mathematics-Biology from Brown University.
Wen-Chi Chou
Postdoctoral Associate
Wen-Chi's research in the bacterial genomics group was involved with human gut microbiome and its relationship to diseases. He studied the effects of cranberry juice on the gut microbiome of patients with a history of recurrent urinary tract infections. Before joining the Broad Institute, he received his Ph.D. in Bioinformatics from the University of Georgia, and he worked as a postdoctoral research fellow in genetic epidemiology at Harvard Medical School.
Gustavo C. Cerqueira
Senior Computational Scientist

Gustavo's research in the bacterial genomics group involved the identification of the genetic causes of infectivity, pathogenicity and resistance to drugs and antibiotics in human and livestock pathogens. He used genotype-phenotype association methods based on gene content difference, single nucleotide polymorphisms and genome structural variants to accomplish that. Gustavo has a Ph.D. in Bioinformatics from the Universidade Federal de Minas Gerais (Brazil) and held positions at The Institute for Genomic Research (TIGR, currently JCVI) and the Institute for Genome Sciences (IGS, University of Maryland School of Medicine), before working at the Broad institute from 2011-2017.

Chris is interested in the genetic basis of pathogenicity and drug resistance in bacteria and fungi, and exploring phylogenetic and other evolutionary methods to uncover these relationships. His recent work focused on the evolution of drug resistance in Mycobacterium tuberculosis and virulence in Cryptococcus neoformans. Chris has a Ph.D. in Entomology from the University of Maryland, College Park and held postdoctoral positions at The Institute for Genomic Research (TIGR, currently JCVI) and the University of Rochester, before working at the Broad institute from 2010-2017.

Alejandro is interested in precision medicine for infectious disease. He analyses bacterial genomes in order to identify and track the genetic elements that make bacteria resistant or susceptible to antibiotics. Alejandro's current projects focus on the spread of carbapenem resistance in nosocomial Enterobacteriaceae and on the determinants of synergistic effects in antibiotic combinations.  Before joining the Broad Institute, Alejandro performed research in the field of antiretroviral combination therapy. He earned his Ph.D. in Computational Biology at the Max Planck Institute for Informatics (Germany), before working at the Broad Institute from 2016-2021.

Rauf Salamzade
Associate Computational Biologist
rsalamza@broadinstitute.org
Rauf is an associate computational biologist in the group primarily interested in comparative genomics and evolutionary analysis of diverse bacterial clades. Currently, he provides support for projects focusing on the emergence of antibiotic resistant Enterococcus which are part of an ongoing collaboration with the Gilmore lab. Prior to joining the group, he received his Bachelor’s degree in Bioinformatics at the University of California, Santa Cruz.  He worked at the Broad Institute from 2017-2020, before moving on to the University of Wisconsin-Madison to work on his Ph.D.
Christophe Georgescu
Associate Computational Biologist
cgeorges@broadinstitute.org

Christophe finished his M.Sc. in Bioinformatics at the Université Paris Diderot (France) doing an internship at the Broad Institute in Ashlee Earl’s group, working on a scalable orthogroup clustering algorithm. During his first year of M.Sc., he also did an internship at the TUDelft in Thomas Abeel’s group where he worked on large structural variability in Mycobacterium tuberculosis. His focus is mainly to develop new bioinformatic algorithms

Tim Straub
Associate Computational Biologist
tstraub@broadinstitute.org
Tim Straub worked at the Broad institute from 2015-2021. He worked mainly in the realm of microbial genomics and evolution, with a strong focus on bacteria. He split his time between the bacterial and the malarial genomics groups at the GCID, assisting on multiple fronts studying the genomics of infectious diseases and collaborating with other research groups across the Harvard and MIT community. Project included the EnteroGenome project (collaborating with the Gilmore lab) and the genomics of Wolbachia parasite in Anopheles gambiae mosquitoes (Catteruccia lab). Before joining the Broad, he received his Bachelor's of Science from Tufts University as well as his Master's of Science from Dartmouth College.
Sophie Green
Visiting student
Sophia Green was a visiting student in the bacterial genomics group in the spring of 2021. She is now attending MIT as a freshman. She is passionate about programming and its application in a variety of fields, especially life sciences. In the group, she worked on creating truth data sets for a bacterial genomics project.