Friedreich’s ataxia (FA) is a debilitating neurodegenerative disorder that afflicts approximately 1 in 50,000 people in the United States. This rare disease occurs when cells don’t produce enough of a mitochondrial protein called frataxin.

Often diagnosed during childhood, patients with FA typically show loss of coordination in their arms and legs (ataxia), lose the ability to walk, and suffer from a host of other conditions, such as scoliosis, heart failure, diabetes, and vision and hearing loss. This recessive disease is caused by an expansion of trinucleotide GAA repeats in DNA sequence within the frataxin gene (FXN). While the genetic basis of FA has been known for more than 20 years, there are still no approved therapies for patients, and basic questions about the mechanisms of disease remain unanswered.

At the Broad, the Friedreich’s Ataxia Accelerator brings to bear the Institute’s deep expertise in genomics to address these questions and discover new and effective FA treatments. Led by Institute Member Vamsi Mootha, co-director of the Metabolism Program, this highly collaborative effort leverages multiple Institute platforms and capabilities to illuminate the biological underpinnings of FA, with the goals of producing more therapeutic possibilities.

Building off exciting research supported by the CureFA Foundation, Mootha’s team made the surprising discovery that low oxygen (hypoxia) conditions improved outcomes of cells, worms, and mice that lacked FXN. Specifically, worms lacking FXN have never been generated prior to now—but in low-oxygen environments, these worms not only survive but also complete their entire reproductive life cycle. Excitingly, mouse models of FA that were exposed to chronic low oxygen also showed greatly reduced symptoms of ataxia. These studies in model systems open up a host of new experimental avenues with therapeutic potential. 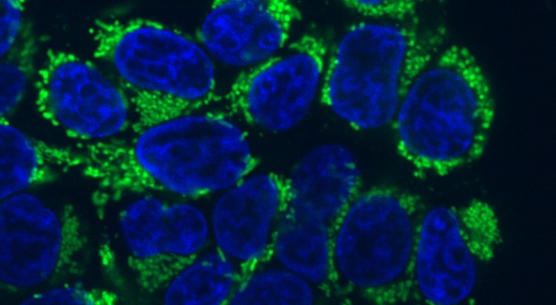