The discovery of protein biomarkers of disease has been hindered by the complexity of plasma, the liquid portion of blood. Human plasma contains hundreds of thousands of different proteins that are present at levels spanning ten orders of magnitude. While much is known about the most abundant of these proteins, our knowledge of the remainder — perhaps as much as 98% of all plasma proteins — remains decidedly incomplete. And it is within this lower range that most disease-specific biomarkers will likely fall.

Multiple Reaction Monitoring (MRM) mass spectrometry is a method that could help researchers probe this uncharted territory. MRM has been widely used in the pharmaceutical industry and clinical chemistry for measuring the levels of small biochemical compounds. By applying it now to the quantitation of proteins, the Broad CPTAC team will establish if MRM-based methods, either alone or coupled with antibody-based approaches, can help overcome the critical bottleneck that exists between the initial discovery of candidate biomarkers and their subsequent clinical validation.1,2

That bottleneck, diagrammed below, stems from the fact that biomarker discovery efforts yield many more biomarker protein candidates, or analytes, than can be reasonably evaluated using the expensive, time-consuming processes required for clinical validation. The verification efforts underway at the Broad Institute address this bottleneck by determining which of the many candidates are worthy of the resources needed to evaluate them.

The Broad CPTAC team has shown for the first time that it is possible to quantitatively measure low abundance proteins in blood (present at low nanogram/milliliter concentrations) by MRM mass spectrometry.3,4 This represents a 500- to 1000-fold improvement over present capabilities. In addition, the methods are significantly faster and less expensive than conventional approaches, making it possible to develop an assay in a matter of days rather than months. Mass spectrometry-based assays, unlike conventional ones, can be highly “multiplexed,” permitting the simultaneous measurement of more than a hundred proteins. Using these approaches, the Broad CPTAC team will work to develop assays for several hundred cancer-related proteins and to deliver to the research community a series of standardized reagents and assays that can be implemented in other laboratories using similar instrumentation. 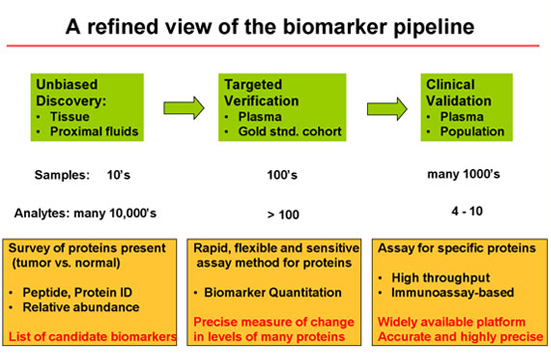 Figure 1. A refined view of a potential biomarker pipeline that emphasizes the critical role of the verification phase as a bridge between biomarker discovery and clinical validation. Adapted from ref. 1.