A virtual conversation with Ben Denzer on the intersection of art, science, and the book. Presented by the Broad Institute's Artist-in-Residence Program.

Ben Denzer, Broad’s artist-in-residence, spent a year exploring the Institute, speaking with scientists, and making large spiral bound artist books. In this talk Ben introduces the term “artist book,” shares the context around his body of work, and presents the titles published while in residence at the Broad. These books include 60,000 IMMORTAL INDIVIDUALS (a catalog of public information on individuals whose cells are “immortalized” in cell lines used for scientific research) and 12,000 SKIN CELLS (a set of three books each containing images of fibroblast cells from people with and without bipolar disorder and schizophrenia). Ben also shares images from ongoing projects, including a photographic catalog of every named machine at the Broad Institute.


Measure of the Moment: How we observe. How we Explore. Poetry and Science.

Inspired by Amanda Gorman’s inaugural poem, in celebration of Women’s History Month (March), and in anticipation of National Poetry Month (April), Catalyst Conversations and Broad Institute’s Art and Science Connection presented this virtual discussion, bringing together poetry and science in conversation. The poets and Broad researchers explored how their respective work demonstrates their desire to make something that does not exist yet, something we want to see in the universe, a measure of a moment.

This event was presented concurrently with the exhibit, Poets for Science: Exploring the Connection between Science and Poetry.

About the exhibit
Poets for Science: Exploring the Connection between Science and Poetry
March 20-May 8, 2021
415 Main, 2nd-floor connector

Poetry and science are both instruments of discovery and curiosity.

Broadies working onsite were invited to read the poems about science in this exhibit. Each poem was chosen with them in mind and shows the deep connection between science and poetry. Hopefully, these words inspired Broad’s researchers at the bench and beyond!

Poets for Science started on Earth Day, April 22, 2017, when demonstrators around the world participated in a March for Science in a call to support and safeguard the scientific community, fact-based decision making, basic research, and freedom of speech for scientists.

Learn more about Poets for Science at poetsforscience.org

Artists Michelle Samour and Maggie Stark create realms of wonder. They are masters of their respective craft, and use their materials to engage the viewer in ideas about permanence, transience, and the intersections between science, technology and the natural world.

“[My] need for understanding and control manifests itself in my artwork through the use of the grid as an organizational tool, through the building of structures that preserve and display objects, and through a visual mantra of repetition as a means of accumulating information.

My use of light and the suggestion of the lens—the physiological eye, a computer monitor, or a microscopic slide—becomes the means for seeing and examining this information.”

“The paradox of time simultaneously perceived as finite and material and infinite and permeable provides a conceptual framework for my work in video, sculpture and photography. Within this framework, I am exploring such divisions as motion and stasis, inside and outside, me and you. Integral to these works are light, sound, movement, and repetition.  The pieces included in this exhibition were selected from three different bodies of work, Time Lock, Wall Play and Loop.”


Women in Art and Science: The Criticality of Hope

Inspired by Bina Venkataraman’s book, The Optimist’s Telescope; Thinking Ahead in a Reckless Age, the speakers explored the criticality of hope and optimism in our culture, and how practitioners in both the arts and sciences rely on hope in order to be forward-thinking in this current moment.


Presented concurrently with the art exhibit, Worlds of Marvel.

Celebrating Art and Science at the Broad Institute

Gallery Talk: Celebrating Art and Science at the Broad Institute

As a complement to the exhibition Celebrating Art and Science at the Broad Institute, founding artist-in-residence Daniel Kohn and current artist-in-residence Lucy Kim discussed their respective Broad experiences with curator Deborah Davidson. Kohn’s fascination with worldviews and paradigm shifts made him want to explore genetics research first-hand. Kim began her residency by immersing herself in Broad science — attending program meetings, lectures, and scheduling many conversations with researchers from all corners of the Broad — before deciding to bring science more directly into her process.

After their conversation, they were joined by Gupi Ranganathan and Naoe Suzuki, two former artists-in-residence, in the exhibit space. The artists all shared how their time at the Broad Institute influenced the work they produced during and since their residencies. 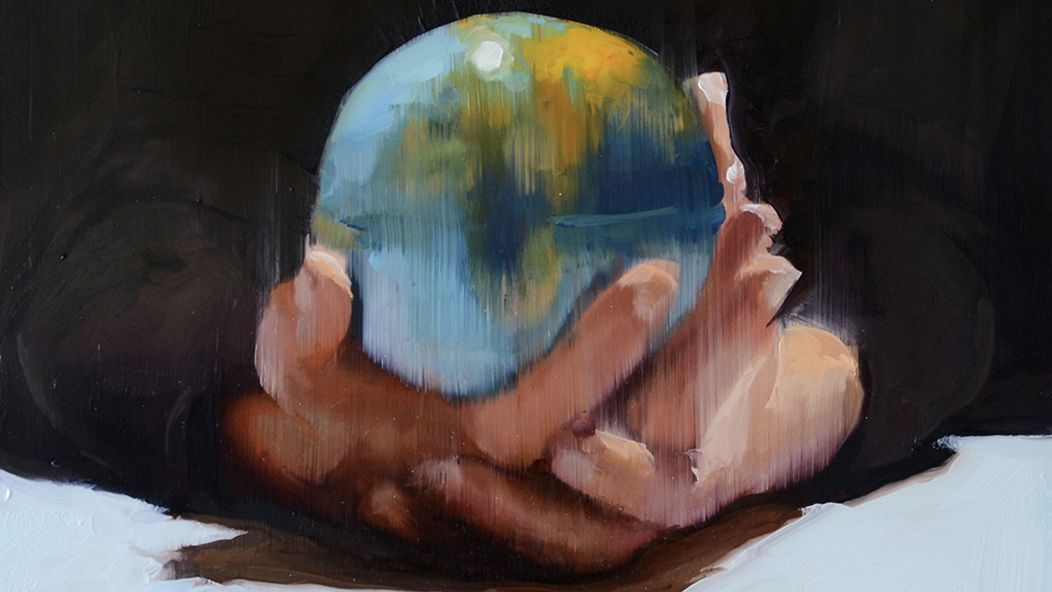 Following the success of Gupi Ranganathan’s Cultured Interactions exhibit, the second floor connector was once again transformed into a temporary gallery, this time featuring the work of painter Emily Eveleth. Davidson and Eveleth presented a public talk and reception on September 11, 2019.

Emily Eveleth became fascinated with how artists and scientists generate ideas and sort through data while sharing ideas with then–Broad research fellow David Tester in a 2015 public talk at the Broad Institute, which rekindled her interest in the visual representations of spheres and in the history of mathematics and mapping. Results of Interpretation included paintings, drawings, and compositional explorations, sheets of drawings resembling story boards, a kind of formative research that usually never leaves the studio. These records of “thinking out loud” examine our complex relationship with the world and how we express it, with forms we use to find our place (the globe), to predict the future (the crystal ball, the magic eight ball), and to conjure forces (the sphere of a Van de Graaff generator).

The exhibit’s title is a play on a scientific phrase “interpretation of results.” By interpreting data and reporting on their findings, researchers increase our understanding, solve problems, and put us on a path to new treatments for disease. Switching the order of the words introduces the idea that a painting can have many interpretations. The inherent subject matter is not necessarily what is visible, and the end results can remain open-ended and mysterious.

Women in Art and Science, Seekers All

March 14, 2019
Presented by Women@Broad and the Broad Artist-in-Residence Program in partnership with Catalyst Conversations. 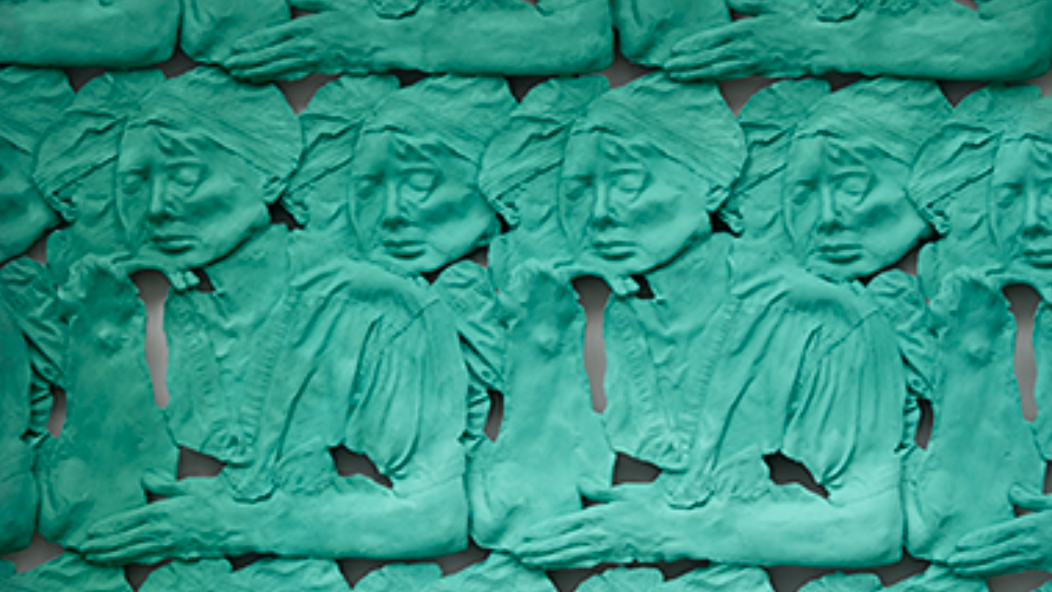 This public conversation featured female leaders sharing how their own thinking and projects are influenced by the intersection of art and science. 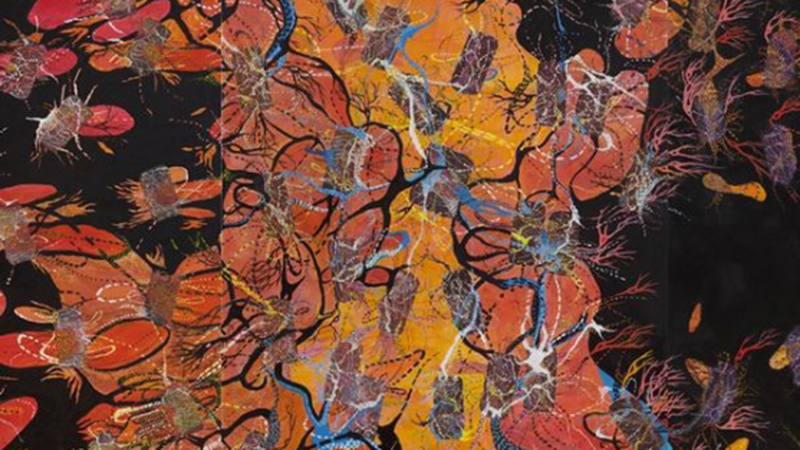 Former Broad Institute artist in residence Guhapriya (Gupi) Ranganathan transformed the second floor connector into a temporary gallery and installed key artworks that represent her evolution during  twelve years of interactions with Broadies. On Friday, November 16, 2018 she presented a public talk, in which she described the impact of these interactions on the artworks in the installation and on her work more generally.

Cultured Interactions: Art, Science and Broad,  featured artworks that represent Gupi’s creative journey from prior to her appointment as artist in residence, through her residency, and through the installation of artwork on the ninth floor of 75 Ames, Cultured Interactions: Evolving Landscape, commissioned by the Stanley Center. The artworks represent her journey and provided a visual context for her November 16 artist talk. 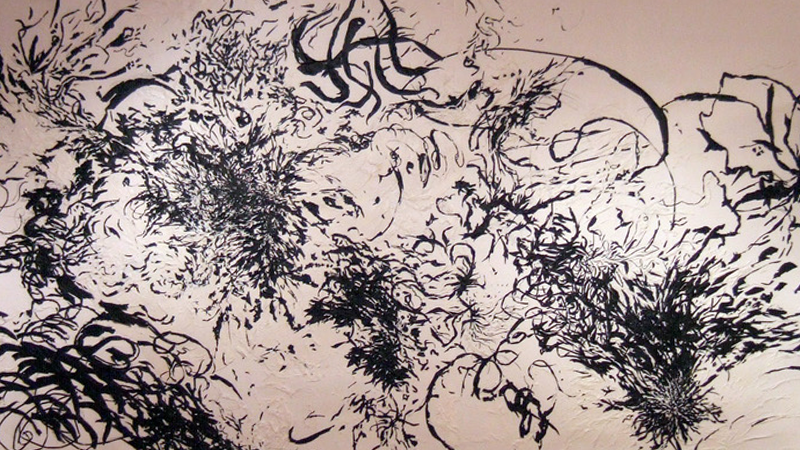 How do intention, surprise, and the senses come into play in a 21st-century art and science? How can we balance intentionality with the inherent openness of discovery?

Debra Weisberg is an installation artist who counts among her awards two residencies at the MacDowell Colony and a Massachusetts Cultural Council fellowship in drawing. She created a 22-foot tape installation for Facebook Boston's corporate office in Cambridge (2017). Her 40-foot high installation at the DeCordova Museum, (Sub) Surface, won an award for best museum installation (2003) from the Boston Art Critics Association. 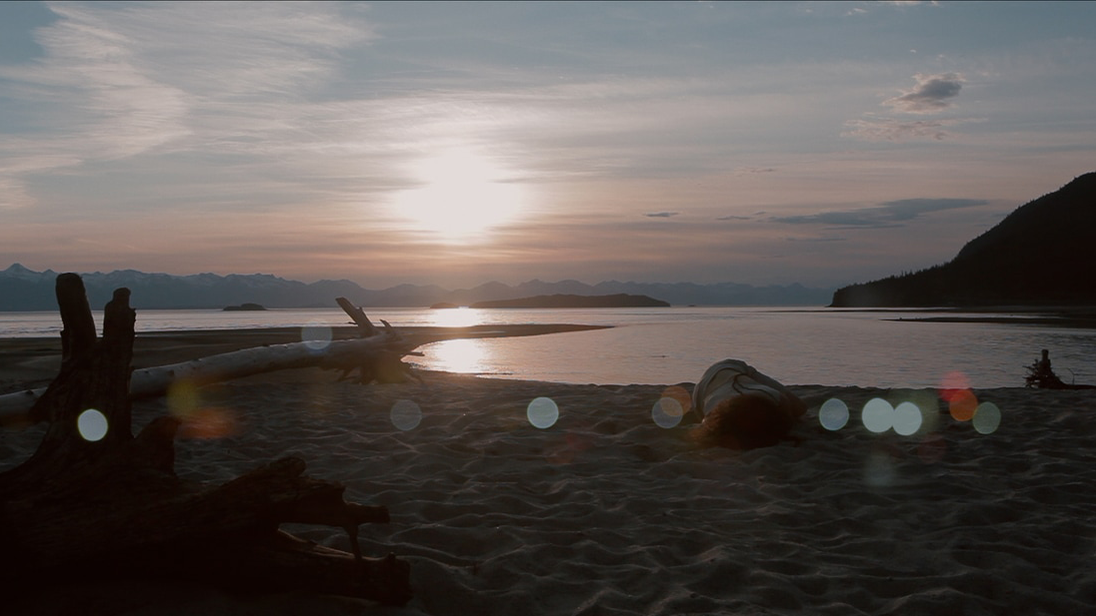 A film screening and panel discussion exploring the potential of art to address social challenges such as climate change. Presented in collaboration with HUBweek 2017.

Where do art, politics and subversive acts collide?

Finding Heaven Under Our Feet: Making Modern Dance, a feature-length documentary by filmmaker Chris Engles, is a journey through time. The subject of the film, choreographer and dance historian Dr. Jody Weber, describes the roots of modern dance in the expressive dance movement of 19th century Boston, illustrating the art form’s ties to the early 20th century women's rights movement. Seeing herself as an heir to these early innovators, Weber works with her Somerville-based dance company to address the elusive nature of the genre through community engagement, audience education and the ability of artists to use their work to tackle social and cultural issues, such as climate change and our relationship with the planet.

The film screening was followed by a panel discussion with the filmmaker, Chris Engles, choreographer Jody Weber and Broad senior science policy advisor, Bina Venkataraman, and was moderated by WBUR’s Lisa Mullens.


Collaborating at the Intersection of Art and Science

September 27, 2016
Presented by Catalyst Conversations and the Broad Institute as part of HUBweek 2016

In a fascinating conversation between Broad Institute founding core member, Todd Golub, and artist-in-residence Naoe Suzuki, they explored ideation as a collaborative effort and the potential to enhance both the art and research. 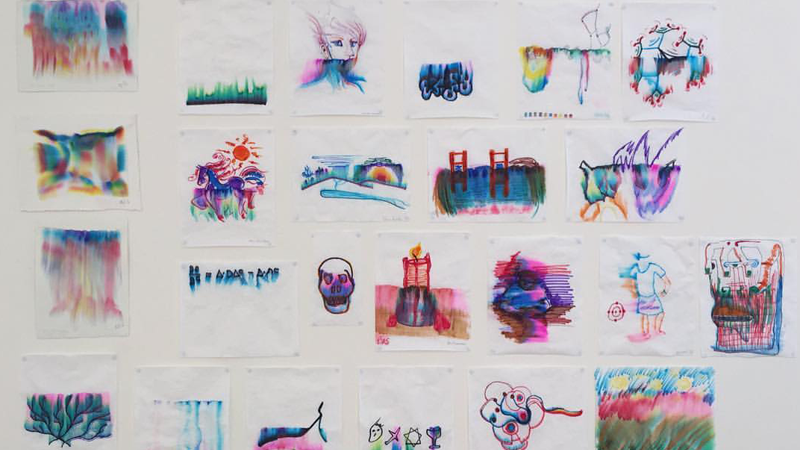 Artist and scientist, Dan Jay described how he uses chromatography, a technique usually used for nucleic acid or protein purification, to make color abstractions. Participants were provided the opportunity to make their own sketches and process them in the laboratory. This activity challenged Broadies to think about a familiar technique in a different way. While the sketches were in the chromatography tanks, Broadies gathered for an informal reception and continued the conversation around the artwork, which, when processed, was installed in a temporary exhibit.

Focus on Rare Disease: from patients to genes, and from genes to treatments

Coinciding with the Broad opening of Beyond the Diagnosis, a traveling art exhibit featuring portraits of children with rare diseases, established and curated by the Rare Disease United Foundation, Broad hosted a special seminar focused on rare disease research at Broad Institute and at our partner institutions.

Beyond the Diagnosis was exhibited in the first floor lobby of the Stanley Building, 75 Ames, from April 6 - May 31, 2016.

October 8, 2015
A special event hosted by Broad Institute in partnership with Catalyst Conversations for HUBweek 2015.

The notion of beauty invokes awe, pleasure, aspiration; we are taken outside of ourselves and returned. Painter Emily Eveleth and Senior Software Engineer David Tester, explored the idea of beauty and how it resonates and overlaps in both of their worlds.