Word of the day: Fusion gene 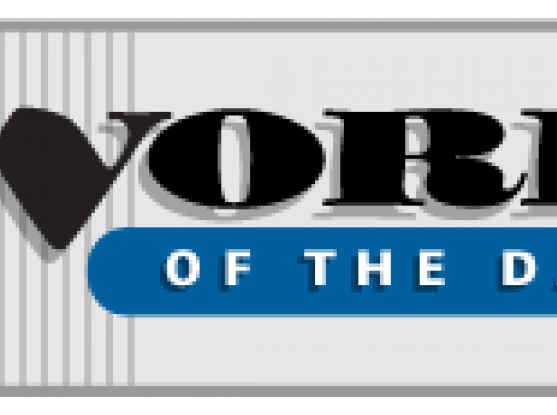 By Alice McCarthy
When Peter Nowell looked under his microscope at some cancer cells at the University of Pennsylvania School of Medicine and noticed that chromosome 22 was unusually short and chromosome 9 was longer than normal, he found what would become known as the first fusion gene. Two genes, each on different...

When Peter Nowell looked under his microscope at some cancer cells at the University of Pennsylvania School of Medicine and noticed that chromosome 22 was unusually short and chromosome 9 was longer than normal, he found what would become known as the first fusion gene. Two genes, each on different chromosomes, had combined – or fused – in an abnormal way in the cancer cell. The year was 1960 and chromosomal abnormalities could then only be identified visually. In time, researchers learned that the shortened chromosome 22, or the Philadelphia chromosome as it is commonly called, produces an abnormal potent protein leading to the rise and growth of a blood cancer called chronic myelogenous leukemia (CML).

Gene fusion is exactly what it sounds like: a part of one gene combines with a segment of another. Found in the genomes of cancer cells, this abnormal genetic rearrangement wherein two genes become one fused gene contributes to the growth and spread of tumor cells. This is because the abnormal proteins made by fusion genes appear to be much more active than the normal versions. Though Nowell could see the genetic anomaly associated with CML under the microscope it took another 20 years for researchers to figure out which genes were involved (genes known as BCR and Abl). And it took another decade to find a targeted therapy – Gleevec - that successfully inhibits the super-charged product of that fusion gene, forever changing the treatment landscape for that form of cancer.

Last week, Broad researchers reported finding the first recurrent fusion gene in colorectal cancers. (Read the news story here; the original paper here). And within the last couple of years, several other fusion genes have been found in solid tumor cancers, including prostate, lung, stomach and breast. But most of these fusion genes are different. They involve inappropriate combinations on the same chromosome. Without today’s sequencing technologies, these rearrangements would remain invisible and unknown.

The ability to do whole genome sequencing of tumor and normal tissue from many patient samples is at the heart of finding new fusion genes. With a few exceptions, there are a lot of genetic events that contribute to cancer’s ascendancy, but they are usually found in a small subset of a particular tumor type. In many cancers, some of the most influential genetic alterations are found in 5% of tumors or less. To find them, one has to look at a lot of tumors. With whole genome sequencing of many samples becoming technically and economically possible, more fusion genes will rise to the surface.

And though fusion genes do not appear to be ‘new’, it is only now that researchers here at the Broad and elsewhere can take advantage of the latest technologies to find them. Because the products of fusion genes are inherently abnormal, not found in healthy tissue even from the same patient, they could be much better targets for drug intervention because they are selectively active only in cancer cells. A drug that would target this product would theoretically have a better chance of ridding the body of tumor cells without some of the unwelcome toxic side effects. And even if a fusion gene does not appear to be an immediate target of interest therapeutically, knowing which genes are involved in different cancer types will help researchers fill in the knowledge gap about the genes and pathways involved in cancer growth in the next couple of years and maybe identify new targets down the line.