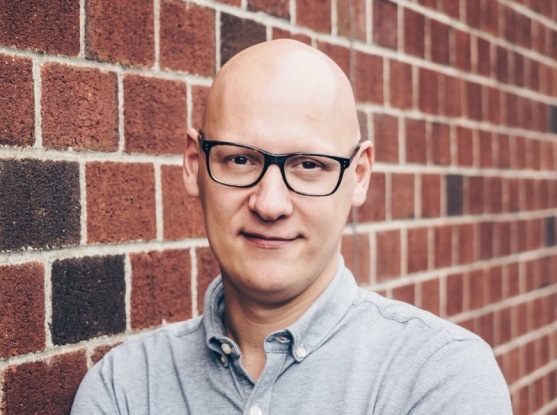 Credit : Andrea Fanelli
Tommaso Biancalani
By Abbey Bigler
In a #WhyIScience Q&A, the machine learning scientist discusses his background in theoretical physics and what drew him to biomedical research

The brain, with its layers of tissue folded into seemingly endless canyons and switchbacks, is an easy place for researchers to get lost—and other intricate structures, like the eye, can be similarly disorienting. Fortunately, scientists have created maps, but these 2D representations struggle to show organs’ full complexity. To make it easier for researchers to find their way, Tommaso Biancalani is building digital 3D models, a task to which he brings a wealth of experience navigating foreign locales.

After completing his bachelor’s and master’s in physics and theoretical physics, respectively, in his hometown of Florence, Italy, Biancalani moved to England to pursue his Ph.D. in theoretical physics at the University of Manchester. In his spare time, he has traveled to at least eight European countries and several places in Asia. His most recent trip, and favorite so far, took him to Belize.

Biancalani moved to the United States in 2013 for a postdoc position at the University of Illinois, Urbana-Champaign and, in 2015, came to the Boston area to work as a postdoc at MIT. While there, he created models to predict how quickly pathogens would multiply in worms and experimented with live worms to test the models. Today, he works with the Regev lab at Broad.

Biancalani spoke with us about his work, an Erwin Schrödinger book that changed the course of his career, and his advice for young scientists in a #WhyIScience Q&A: 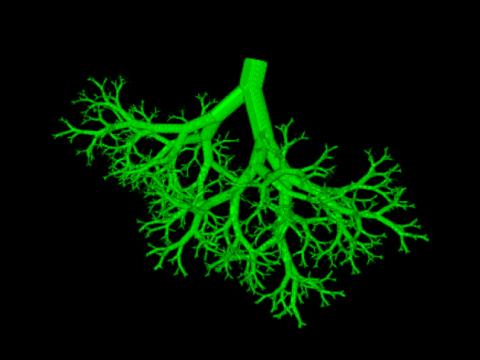 A 3D fractal that models the first generation of airways inside human lungs, created by Biancalani.

Q: What do you do in your work at the Broad?

A: I am using machine learning to build digital 3D maps of organs. The mouse brain is what we’re mostly working on but we also have projects with the human eye and the human lung. Plus we have a project with the spinal cord which is about to start. The main challenge is to understand how to describe the morphology of biological organs. That’s not an easy problem because if we look at brains, for instance, every brain is a little bit different yet they all share certain anatomical features. We want our model to incorporate the shared features and those that vary in each individual. How to do that is still an open problem, but we feel that machine learning can be the way to go here. Indeed, building a digital 3D map for the human body could revolutionize healthcare. To make an analogy, think of the advantages that Google Maps has over old paper maps: it contains way more information, it is easier to search, and it can connect a community of users.

Q: What led you to move from theoretical physics to applied physics and computer science for biological problems?

A: One of my favorite books when I was a college student was What is Life? by theoretical physicist Erwin Schrödinger. He was arguing that physics principles may underlie much of the biology we observe today. That book profoundly influenced me, so after I graduated I felt that biology was the next frontier and I was eager to contribute with my computational expertise.

Q: What can computer science and math bring to the biomedical sciences?

A: On the most superficial level, the tools are what we bring. But I feel the real contribution is in the forma mentis, which is a Latin phrase that means the mentality - the way you approach problems. The way of thinking of a computer scientist or a mathematician is very different from biologists, and sometimes biology can benefit from a more quantitative way of thinking. On the other hand, computer scientists, mathematicians, and physicists are not trained in biology, and so they need experts in those fields to guide them when they’re involved in biomedical research.

Q: What do you think is your biggest professional accomplishment to date?

A: When I was a Ph.D. student, I proposed a solution to a problem that was formulated by Alan Turing in the 1950’s. People liked it and they asked me to write a book, so I wrote my thesis on it. Now I have a copy of my book, and when my friends come over for dinner I can showcase it and say, “Look, I’ve got a book!”. The title is The Influence of Demographic Stochasticity on Population Dynamics. 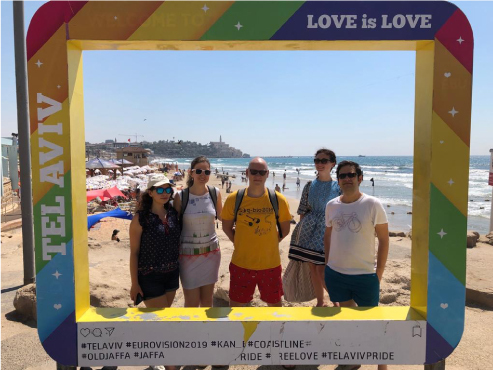 Q: What have you found most rewarding about your work?

A: I have really benefited from all the people that I have met. My job has allowed me to travel and live in different countries, and therefore I’ve been exposed to a lot of different cultures and a lot of different personalities. I think it shaped me, and I am a better person because of all this traveling.

Q: What advice would you give someone looking to go into your field?

A: Sometimes formal education can be a little bit too book-y. Reading books, taking classes, doing exercises is great because it teaches you a lot, but one other part is doing internships and talking to scientists who do the cutting-edge stuff. I think that people, while they are young, should try to be engaged in some capacity with the current science world, not only what the university shows them. In the US, universities seem to do a very good job in doing that for their students—I’m thinking of MIT. But if that doesn’t happen, I think students should seek it out.