In a #WhyIScience Q&A, a postdoctoral researcher talks about connecting molecular insights with disease physiology to improve human health 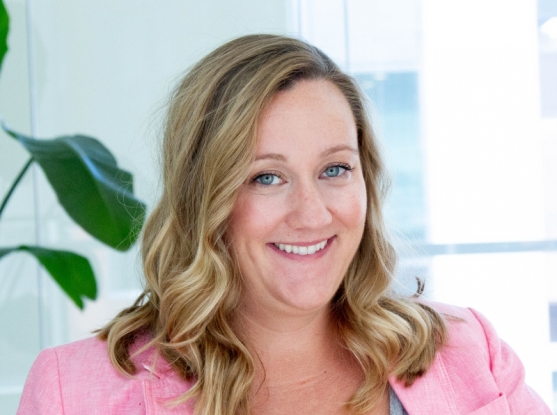 Though she initially aspired to a career in international politics, Katie Geiger-Schuller became captivated by chemistry in high school and hasn’t looked back since. She dual majored in biochemistry and French as an undergraduate and went on to pursue a Ph.D. in molecular biophysics at Johns Hopkins University. While there, Geiger-Schuller studied how genome editing proteins called transcription activator-like effector nucleases (TALENs) fold cooperatively. This, along with her earlier studies in biochemistry, provided her with a strong understanding of the building blocks of biology, but she wanted to connect this to the effects molecular processes had on people’s health, especially when they go wrong and cause disease.

As a postdoctoral researcher in the Aviv Regev lab at the Broad Institute of MIT and Harvard, Geiger-Schuller is collaborating with other scientists to see how alterations in genes and the proteins they encode can lead to disease, and how treatments could be developed to target them. She’s also refined a technique that increases the efficiency of sequencing RNA from individual cells, a thriving area of research at Broad.

Geiger-Schuller recently spoke with us about her work, the importance of collaboration in disease research, and her advice to young scientists in a #WhyIScience Q&A:

Q: What do you do at the Broad?
A: I work on technology development for screens, usually genetic screens. My main focus is on studying cell circuits in the innate immune response, and most of what I do is knocking out one gene or multiple genes at a time and then looking for the downstream responses to see if I can link those downstream responses to disease. It gives us new drug targets, essentially, and also just a better understanding of how the system works in both a healthy state and potentially in a disease state.

Q: What got you interested in science initially?
A:  I think my chemistry class in high school was when I became really interested in science. I loved the problem-solving aspect of it. The problems were difficult and you sometimes had to use math to solve them or think creatively, so it was kind of marrying the creative part of my brain with the question-driven and problem-solving part. Then in college, I did summer research and I did research in a lab. I really loved that exploration component of science: learning new things, learning new techniques, and the excitement when you get a result and realize you’re the first person to know this or discover this thing about this system.

Q: You’ve worked a lot with a high throughput method for single-cell sequencing called hashing. Can you tell me more about that?
A: The technique was published by Marlon Stoeckius and Shiwei Zheng in Peter Smibert’s and Rahul Satija’s groups at the New York Genome Center, but we’ve adapted it here at the Broad and have a pipeline that works really well. Essentially, the thing that limits how many cells you can analyze in a droplet-based single-cell sequencing experiment is the number of cells you can load in one channel. The maximum number of cells you can put in a channel is about 8,000. If you load too many, the information you get won’t report on a single cell. It will report on two, three, or four cells and we don’t have good programs for deconvoluting that.

With hashing, we use small pieces of DNA connected to antibodies as tags and they attach to proteins on the outside of cells. You can split your sample into different tubes and give each tube a different DNA tag. Then you can pool those samples together and still run them on one channel because you have the tag information, and you can tell which sample a cell belongs to. This allows you to analyze more cells at a time so you can test multiple hypotheses at once. By reducing a major experimental cost, we can increase the scale of single-cell experiments, which creates an opportunity to ask new questions.

So connecting the two communities is a challenge, but it’s been a really fun thing to work on. Through talking to people and hearing their questions, I’m learning more and more about how better to explain who I am as a scientist.

Q: What would you say is your biggest scientific accomplishment to date?
A: I definitely feel like I’m building all the tools to get to my biggest accomplishment. I think the thing that I’m most proud of is how well I work with other teams here to do experiments that are really closely related to disease, because I couldn’t do those things by myself. It requires people with very different skill sets and so being able to work in this group of people with different skill sets and then take advantage of everyone’s strengths, I think that’s the thing I’m the most proud of and that feels the most fulfilling right now.

Q: What advice would you give young scientists?
A: Follow what interests you and follow what excites you. I think some people want to have a plan for their whole career, but don’t stress so much about a particular path that you think you should take, and just let your interests guide you. That’s how I ended up in this position. It started in high school where I was interested in chemistry, and then I just kept doing what was interesting to me. Because I was allowing myself to do what felt exciting, I still did things like studying French or making time to garden. I think concepts from those kinds of activities can help you problem-solve or give your brain relaxation time that it might need to solve a particular problem.

Master of microscopy
What it means to be a staff scientist: new skills, perks, and challenges