#WhyIScience Q&A: An endocrinologist and clinical researcher explores how racism and other social factors affect patients with type 2 diabetes 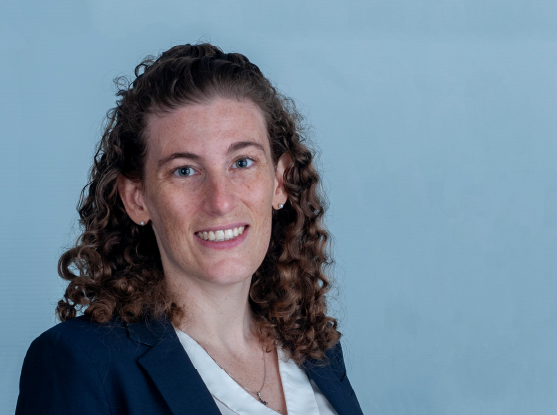 Sara Jane Cromer was a medical student at Baylor University’s Ben Taub Hospital in Houston, Texas when she first observed the impact of the “social determinants of health,” which refers to how a person’s socioeconomic status and other environmental factors affect their health. In the clinic, she saw patients every day who were undocumented, racially stigmatized, and often weighed whether to skip meals to afford their medications.

This experience inspired Cromer to dedicate her research to studying how the social determinants of health affect patients with type 2 diabetes. Over time, she noticed that patients with lower socioeconomic status or limited health literacy weren’t always offered the same medication or treatment options as their counterparts with higher socioeconomic status, even if they had the same type of health insurance. As an endocrinologist at Massachusetts General Hospital and a postdoctoral scholar in the Broad Institute of MIT and Harvard’s Diabetes Research Group, she’s shown how biases can affect how doctors provide care to patients of color.

We spoke with Cromer about her research, barriers that patients of color face in healthcare, and more in this #WhyIScience Q&A.

What are the “social determinants of health”?

That’s a very complicated question, because it’s a term that is defined differently by people in different contexts and is constantly evolving over time. “Social determinants of health” was not a widely recognized term a few decades ago — many instead used “socioeconomic status” to describe people’s social barriers to healthcare.

We’re now trying to be more inclusive when we describe the social determinants of health. They still include things like socioeconomic status — which encompasses employment, educational attainment, and income, among other things — but they also include things like a patient’s environment. For example, some people might not have access to healthy food or live in food deserts. A patient’s physical environment also takes into account air pollution, which has been shown to increase asthma in kids and hospitalizations for chronic obstructive pulmonary disease, and access to green space, which leads to a cooler environment and opportunities to exercise.

Another aspect that was really missing from the term “socioeconomic status” is the experience of racism. Interpersonal racism, medical racism, and structural racism all have clear effects on health, and I think that’s captured better with the term “social determinants of health.”

What are some barriers you noticed as a medical student at Baylor?

There are many. I think the ones we saw most clearly were related to food security, job security, housing, and access to healthcare. And then of course, there’s the underlying systemic racism that pervades all health inequities as well.

Our patients were struggling with jobs that paid minimum wage — and often less than minimum wage, because they were undocumented. They really struggled with food security.

Housing insecurity was another big factor that affects someone in their day-to-day life, because of all of the things that come with housing, like a refrigerator for your insulin. It also affects their healthcare, because I can’t reach them with their lab results if they don’t have a permanent address or a permanent phone number. There’s a chronic stress that comes with not knowing where you and your family are going to sleep next month, as well.

There are a thousand ways we saw these barriers every day, and it absolutely affects people’s health. When I started fellowship, I wanted to do research in the area and raise awareness about these barriers and the social determinants of health.

Why did you want to focus on diabetes in your research?

One of the things that drew me towards diabetes research is that it’s a disease that is so heavily affected by your resources and your environment. Classic type 2 diabetes occurs in someone who is obese and develops insulin resistance to the point that they can’t control their blood sugar. That thrives in an environment where you have food deserts and food swamps, where unhealthy food is cheaper than healthy food.

Staying physically active, which might help prevent obesity, also costs money, time, access to safe outdoor spaces, and other resources . All of those factors conspire against people who are struggling with adverse social determinants of health. People may have to work two sedentary jobs in order to feed their family, and when they go to feed their family, fast food is cheaper or more readily available than a salad.

I think diabetes is one of the diseases where social determinants are exceedingly impactful and affect every choice that’s related to a patient’s health.

Tell us about your research and how you incorporate the study of social factors into your work.

For example, I have a new paper that looks at people who have a clear indication for some of the newer type 2 diabetes medicines that prevent heart attacks, strokes, and other cardiovascular events. Within this population that should absolutely get those medicines, Black people and people living in lower socioeconomic status areas remain less likely to receive them, even if they have the same insurance as their non-Hispanic white or more socioeconomically privileged counterparts.

I think these findings are not just about an individual’s socioeconomic status, but also about their race and how doctors perceive a patient’s ability to afford medications, ability to enact a complex treatment plan, or even willingness to take a certain medication. Physicians may be inserting their own implicit biases into these medical decisions.

What else have you found about the link between a patient’s race and the type of care they receive?

In many cases, less expensive medications may be just as effective as more expensive medications, but doctors may use them in different situations. Understanding these patterns can be informative. A couple of years ago, I published a paper that looked at people with type 2 diabetes who were taking one of two types of insulin: a newer type that’s more expensive and an older type that’s much more affordable. Trials suggest that the newer type is probably a bit safer — it causes fewer instances of low blood sugar overnight — but it's not so beneficial that it’s totally clear-cut which medicine people should get.

We found that race was associated with the type of insulin that patient’s received, but socioeconomic status and type of insurance were not. I think this shows that we as providers insert our own bias into deciding what type of medicine we think patients can pay for. Doctors almost never know in advance how much a patient will be charged for a medication, and a patient may not discuss with their doctor if they are struggling with high copays, so doctors may reach for more affordable medication options first in certain situations. For example, if I know my patient is struggling with food insecurity, my first reaction might be to not even offer a medication which might place a financial burden on them. And if I later see another patient who reminds me of the first patient for any reason, I may unconsciously assume things about what they can or cannot afford.

This can happen both at the individual level and at the clinic level, and I saw this particular scenario play out in my training. Older medicine that is cheaper is often preferentially offered in clinics where low-income patients are served. Those providers become very comfortable with the use of those medications, and they assume that it’s easier for patients to access or pay for.

I think it develops into an assumption that if you’re seen at certain sites in low-income neighborhoods, you’ll be more likely to be able to afford the older medication. Doctors might not want to burden people with the higher cost of the newer ones if they assume they can’t afford it.  Again, in some situations, this is a very reasonable choice, but there are certain situations, those where a more expensive medication truly is safer or has greater efficacy, when this can lead to real health disparities. Of course, the patient’s experience and preferences should be incorporated in decision-making, as well.

I’m inspired by the patients that I see every day who are fighting to do what’s best for their health, even against huge barriers. Those barriers honestly upset me and make me angry, and that makes me want to raise awareness, which I hope will build compassion and desire for change, and hopefully look for eventual solutions, or drive policy that can make this better.

The way that some people are forced into these lives that make it difficult to be healthy and have a good quality of life is simply wrong. There are so many undue burdens that fall on people who are already fighting so hard against racism, poverty, a difficult environment, and poor safety. To have those factors affect their health — both the quantity and quality of their life — adds injury to pre-existing injury.

That’s what drives me to keep doing this work and hopefully move into a space where we can actually propose solutions that move this field forward.