Why is it so hard to make an HIV vaccine? 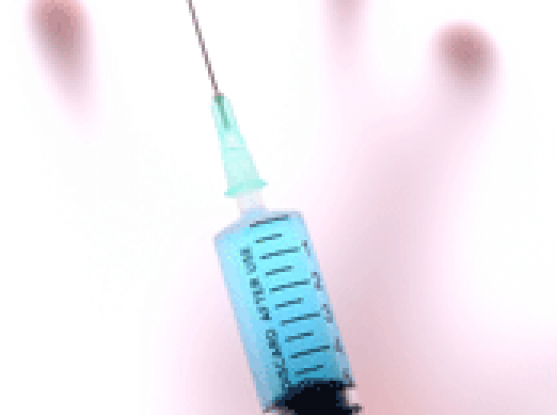 By Haley Bridger
This week, we published a news story about a paper on HIV controllers – people who are HIV positive but keep the virus in check. This research stems from the International HIV Controllers Study, and researchers hope that their findings will ultimately help inform the development of new therapies...

This week, we published a news story about a paper on HIV controllers – people who are HIV positive but keep the virus in check. This research stems from the International HIV Controllers Study, and researchers hope that their findings will ultimately help inform the development of new therapies and vaccines. Over the last 30 years, scientists have discovered lots of tantalizing clues about the virus, our immune system, and the interplay between the two, but a vaccine remains elusive.

Since the epidemic emerged, 25 million people have died from AIDS and 60 million have been infected with HIV, according to the Joint United Nations Programme on HIV/AIDS. AIDS was detected in California and New York in 1981, first among gay men and drug users, then in hemophiliacs who had received blood transfusions, and later in non-drug-using men, women, and children.

Initially, little was known about how AIDS was transmitted, and even less was known about the virus that caused it. In 1985, the virus itself was isolated. Following this discovery, Margaret Heckler, the US Human Services Secretary at that time, famously declared, "We hope to have a vaccine [against AIDS] ready for testing in about two years."

Vaccines have worked well against once widespread diseases like smallpox and polio. After the AIDS virus was found, many people, including many scientists, thought AIDS would be added to the list. Vaccines mimic natural infections, during which the body produces antibodies that kill the virus. But unlike smallpox or polio, HIV doesn’t stimulate this kind of response – our immune systems are generally blind to the virus and unable to launch an effective antibody attack. Other challenges that scientists face as they try to create a vaccine include a lack of good animal models to study and the virus's ability to constantly change and mutate. Additionally, although controllers can keep levels of the virus low, no one has ever fully recovered from HIV infection. This means there's no natural, winning strategy for scientists to study and try to elicit.

Results from previous efforts to build a vaccine have been disappointing. Last year, an HIV vaccine trial in Thailand produced unimpressive results – by some measures, the vaccine reduced the chances of infection by 30 percent at most.

But this summer, scientists discovered three powerful antibodies against HIV and efforts are now underway to transform this discovery into treatment.

In addition to approaches that try to stimulate antibody immunity, researchers are also looking for ways to stimulate cellular immunity, or activate the other weapons in the immune system’s arsenal, like macrophages, natural killer cells, T cells, and more. Alerting the body’s immune system to HIV’s invasion may not prevent infection, but it could inhibit the disease’s progression and keep viral populations so low that there might be less risk of transmission.

One vaccine developed using this approach failed in trials, appearing to even increase some participants' susceptibility to the virus. But knowledge of what happened in that trial may help scientists create a more effective vaccine that targets cellular immunity

By looking at the interaction between the virus and hosts who are able to hold the virus at bay without the help of medicine, researchers hope to learn more about how to fight the virus. New clues from the viral and host genome may help lay a foundation for future means of combating HIV.

Beyond the Genome: Enough to make your skin crawl
Broad earns “top” honor