What is exome sequencing? 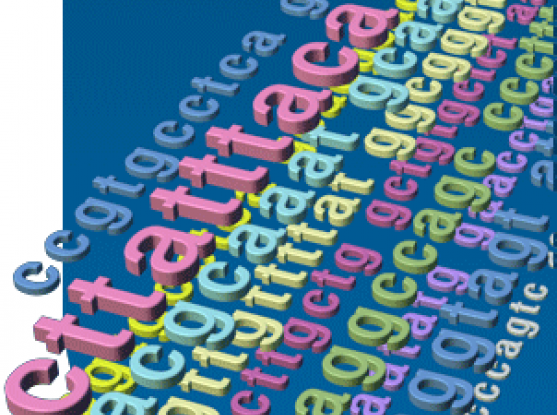 By Leah Eisenstadt
The human genome consists of 3 billion nucleotides or “letters” of DNA. But only a small percentage — 1.5 percent — of those letters are actually translated into proteins, the functional players in the body. The “exome” consists of all the genome’s exons, which are the coding portions of genes. The...

The human genome consists of 3 billion nucleotides or “letters” of DNA. But only a small percentage — 1.5 percent — of those letters are actually translated into proteins, the functional players in the body. The “exome” consists of all the genome’s exons, which are the coding portions of genes. The term exon was derived from “EXpressed regiON,” since these are the regions that get translated, or expressed as proteins, as opposed to the intron, or “INTRagenic regiON” which is not represented in the final protein.

While we haven’t yet reduced the cost of sequencing the entire human genome down to an affordable $1000, the cost of sequencing just the portions that encode protein — the “functional” part of the genome — is low enough that scientists are starting to employ it in the search for genetic elements underlying traits and diseases.

For example, a team of researchers led in part by Broad associate member Sekar Kathiresan and Genetic Analysis Platform director Stacey Gabriel just published results of a study that used exome sequencing to highlight a gene that, when mutated, causes extremely low levels of lipids in the blood. The new gene not only represents an advance in the understanding of lipid metabolism, but also offers a novel target for developing therapies to lower cholesterol.

Exome sequencing offers a look into the genome that large-scale studies of common variation, such as the genome-wide association study (GWAS), cannot provide. GWAS can only identify variation in DNA that is common in the population, in at least one percent of people. But sequencing determines every letter in a DNA sequence, not just the ones known to vary, so it can reveal rare mutations that GWAS wouldn’t uncover. Exome sequencing is a good choice for scientists today who are looking for rare mutations, especially when used as a complement to studies of common variation like GWAS. But as whole-genome sequencing becomes cheaper, that technique will likely be employed instead because it offers a look at all portions of the genome, not just those that include instructions for making proteins.

Update May 2013: The Broad Institute's Genomics Platform is now able to sequence exomes faster than ever before, delivering data in 21 days or less. Find out more in a BroadMinded blog entry.