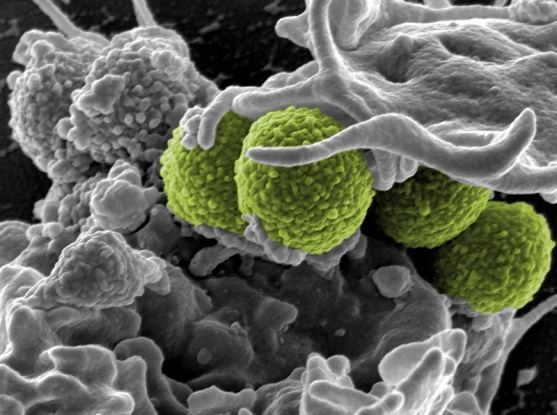 In the 1950s, an early clinical study compared the efficacy of a bactericidal antibiotic, which kills bacteria, to a combination with a bacteriostatic antibiotic, which only stops bacterial cell growth. The study revealed that the bactericidal antibiotic was not as effective at killing bacteria when used in combination with the bacteriostatic antibiotic. The bacteriostatic drug seemed to have a dominant effect, but the underlying biological mechanisms of this phenomenon were never unraveled. As new antibiotics were being developed at an unprecedented rate, priority was placed on developing effective treatments rather than understanding mechanisms. Today, with declining antibiotic production and increased resistance, we don’t have that same luxury.

In recent years, bacterial resistance to antibiotic drugs has become enough of a problem to inspire revisiting some overlooked clinical phenomena. “When we look back at the data and what we really know, we find there’s a lot more that we don't,” said Michael Lobritz, a physician-scientist at the Broad Institute of MIT and Harvard and clinical fellow at the Wyss Institute based in the lab of Jim Collins, an institute member of the Broad.

Progress understanding the bacteriostatic/bactericidal effect had been stagnant since the ‘50s. But last year, Collins’s team discovered that bactericidal drugs cause an uptick in cellular respiration — the central process bacteria use to convert food into fuel. Lobritz extended the investigation to include bacteriostatic drugs as well, in new research featured in the May 18 issue of PNAS. Tracking the oxygen concentration in cells, Lobritz found that the so-called “static” drugs had the opposite effect of the “cidals,” causing cellular respiration to slow dramatically.

Lobritz suspected these opposing effects might have something to do with the underlying metabolic effects of the respective antibiotics, and by extension, how the two antibiotics interact with one another. He looked at the metabolite profiles of bacterial cells when they were being treated with bacteriostatic drugs and found what he called a “bottlenecking effect,” whereby less energy was created via respiration due to a reduced need.

“A uniform feature of static drugs is that they inhibit translation,” Lobritz said. Translation, the final step in the process of creating proteins from the DNA code, is “a hugely energetically expensive process,” said Lobritz. “If a cell’s no longer producing protein, it doesn’t need to make as much energy. The inhibition of respiration seems to be a byproduct of the primary effect of inhibiting translation.”

In another experiment, he showed that if a cell’s ability to respire is taken away — either by exposing it to bacteriostatic drugs or by knocking out the genes that code for the proteins involved in the process — bactericidal drugs become less effective. On the other hand, accelerating respiration dramatically enhances their effects.

While the mechanism underlying accelerated respiration from bactericidal drugs is not yet well worked out, Lobritz, Collins, and the rest of the team have a hypothesis: instead of stopping an energetically expensive process like static drugs do, the “cidal” drugs catalyze an energetically expensive “futile cycle” that attempts to repair a problem caused by the drug. At least that’s what Lobritz and his colleagues think is happening. This is where they are focusing their efforts now.

“What this work nicely demonstrates is that antibiotics impact bacterial metabolism and cellular respiration and that these changes impact the resulting mortality, stasis, or tolerance of the cell to antibiotics,” said Collins. “What we point to here is that there is also a physiological aspect to antibiotic efficacy, and that the metabolic state of the bug influences its susceptibility to antibiotics,” he said.

After decades of stagnation on this topic, Lobritz’s work also finally offers an explanation to the phenomenon revealed, but not further explored, in the 1950s. Since bacteriostatic drugs halt respiration, they create an environment not suitable for bactericidal efficacy when the two are used in combination. “If the bug goes into an inhibited metabolic or respiratory state, it's protected from the killing effect of antibiotics. What we’re showing here is that cellular respiration plays a key role in this process,” Collins explained.

Other Broad researchers on the work include Caroline B. M. Porter, Arnaud Gutierrez, and Jason H. Yang.