This too, too solid flesh... 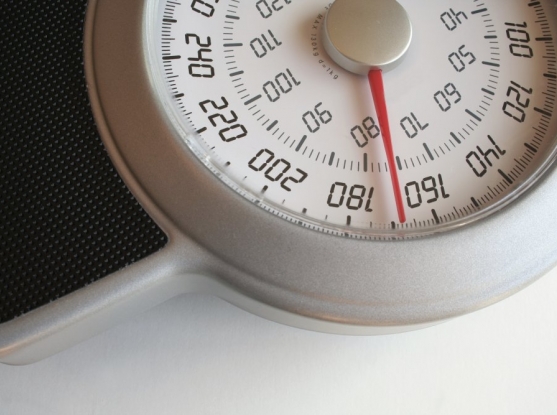 By Ellen Clegg
Food and nutrition writer M.E. Malone broke one of the last taboos of marriage on Sunday: she dished about the size of her husband’s waistline in public . Happily, her marriage seems to have survived the public disclosure, as well as the rigors of her husband’s diet regimen and weight loss, and she...

Food and nutrition writer M.E. Malone broke one of the last taboos of marriage on Sunday: she dished about the size of her husband’s waistline in public. Happily, her marriage seems to have survived the public disclosure, as well as the rigors of her husband’s diet regimen and weight loss, and she leaves us with a broad-brush lesson on the power of genetics. She observes that she is able to eat just about anything and remain thin, like her own father. Her husband, on the other hand, pays in pounds for his high-fat indiscretions.

A pair of scientific papers published the same day (Oct. 10) in Nature Genetics reaffirms Malone’s kitchen-table observation – and offers significant new insights into the role genes play in obesity and the way fat is distributed in the body. If the studies themselves were supersized, using data from nearly a quarter-million people, so is the public health problem posed by obesity. The World Health Organization estimates there are more than 1 billion overweight adults worldwide, and at least 300 million of them are obese.

A large international consortium of researchers identified 18 new locations in the human genome that are associated with obesity and Body Mass Index, or BMI – a measure of body fatness that incorporates height and weight. The scientists also found 13 new gene regions that affect where fat is distributed on the body. The studies themselves involved more than 400 scientists from 280 institutions worldwide. (The consortium is known as the Genetic Investigation of ANthropometric Traits, or GIANT, Consortium.)

Most of the genetic variants identified are in or near genes that have never before been connected to human obesity. “It is through this work that we are discovering that the underlying biological underpinnings of obesity are heterogeneous and largely unknown,” says Elizabeth K. Speliotes, a physician and researcher at Massachusetts General Hospital and the Broad Institute, who was involved in both studies. Although much more research is needed before a clinical application can be developed, “we hope to improve our understanding of the biology underlying the condition so that we can better categorize subtypes of obesity and develop specific treatments for them in the future.”

In the study that looked at fat distribution, seven of the genetic variations identified showed much stronger effects in women than in men, suggesting they may underlie some of the difference in fat distribution between the sexes. In this case, anatomy may indeed be destiny. Fat stored in the abdomen, more common in men, is associated with an increased risk of type 2 diabetes and heart disease. Fat stored in the thighs, buttocks and hips — more common in women — may offer some protections against diabetes and high blood pressure.

“Although the recent rise in obesity is due to a change in lifestyle, different people have different susceptibilities to obesity — some people don’t watch what they eat or how much they exercise, and are resistant to weight gain, while others constantly struggle to keep their weight from skyrocketing,” says Joel Hirschhorn, a physician and researcher at Children’s Hospital and the Broad, who was involved in both papers. “Some of these differences are due to genetics, and our goal was to increase our understanding of why different people have different inherited susceptibilities to obesity.”

The studies can be found here and here.