A tale of TAL effectors 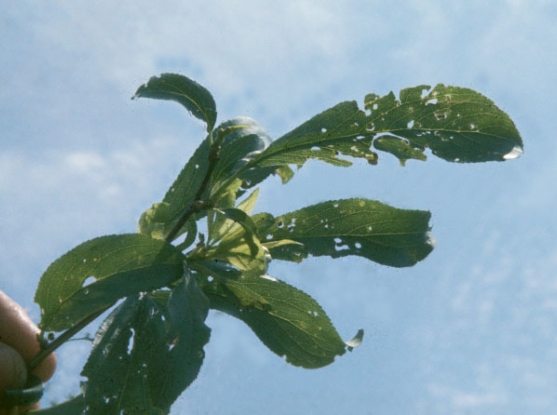 By Haley Bridger
Two years ago, researchers in Germany discovered a new and potentially very powerful biological tool that bacteria have been wielding as a weapon against their plant hosts. By secreting special proteins known as TAL (transcription activator-like) effectors, species of Xanthomonas bacteria can...

Two years ago, researchers in Germany discovered a new and potentially very powerful biological tool that bacteria have been wielding as a weapon against their plant hosts. By secreting special proteins known as TAL (transcription activator-like) effectors, species of Xanthomonas bacteria can manipulate the genome of the plants that they infect, activating plant genes that allow the bacteria to flourish. In 2009, researchers broke the protein’s code, revealing how TAL effectors bind to host genomes.

Feng Zhang, one of the Broad Institute’s two new core faculty members, and his colleagues at Harvard Medical School and Massachusetts General Hospital wanted to find out if it would be possible to use this code to engineer TAL effectors in the lab and use them to target genes of interest. In a paper published earlier this month in Nature Biotechnology, they report that it is indeed possible to create accurate TAL effectors to target precise locations in the mammalian genome and that TAL effectors can be tailor-made in a matter of days.

“Because the code is so simple, it made it a very tantalizing thought that maybe we could engineer any combination of this code to be able to recognize any arbitrary DNA sequence that we want to target,” says Feng. “This paper describes a way to generate custom, designer TALs.”

TAL effectors are made up of repeated stretches of amino acids (the building blocks of protein). German researcher Jens Boch and his colleagues discovered that these repeated stretches differed from each other at only two amino acids – these are the two determining factors that control whether that stretch of the TAL protein will bind to an A, C, T, or G in the genome, giving the TAL effectors the ability to target various areas of the genome. For instance, researchers know that a repeated stretch with the amino acid pair “NI” (asparagine and isoleucine) will recognize an A, “NG” (asparagine, glycine) will recognize T, and so forth. With this code in hand, Feng and his colleagues set out to build and test engineered TAL effectors.

A TAL effector on its own simply binds to an exact DNA location, but researchers can attach another component to it to do far more interesting things. They can attach an enzyme that cuts DNA, machinery that activates or represses a gene, or add a component that can modify the epigenome, which influences whether DNA is read or not.

“This is a very general tool that you can use to anchor any kind of protein or enzyme to a specific site on the genome,” Feng explains.

The paper offers a “how-to” guide for researchers interested in crafting TAL effectors in their own labs. “People don’t need to ask me to make TAL effectors for them,” Feng says. “The paper describes a very simple means for constructing TALs. Within two days with any lab that has very standard molecular biology equipment, you can make them.”

Feng is currently talking to fellow researchers at the Broad Institute about projects that could make use of this new tool. “Right now, not too many people are using it,” Feng says. “But the field is definitely starting to get attention. Within the next year or two, I think we’ll see a lot more people using TAL effectors.”

If you would like to learn more, Feng has created a web resource that includes protocols and reagent information. You can check it out here: http://www.taleffectors.com/

Update July 31: Read about the latest improvements to TAL effectors in a BroadMinded blog entry here.

Lots of variation uncovered, but more remains hidden
Celebrating the fruits of the human genome sequence