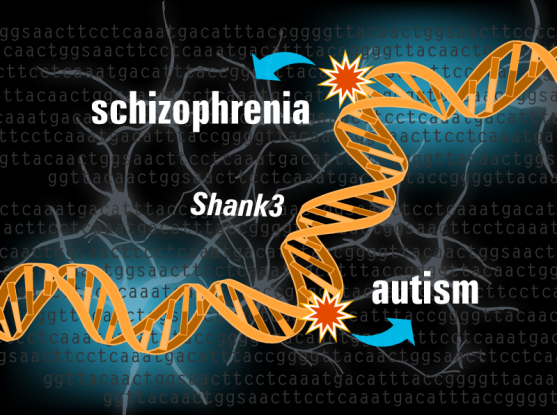 By Veronica Meade-Kelly
Over the last few years, genetic datasets for psychiatric disorders have grown and many have merged, thanks in large part to the collaborative efforts of the Stanley Center for Psychiatric Research at Broad Institute , their partners at the Psychiatric Genomics Consortium , and the tens of...

Over the last few years, genetic datasets for psychiatric disorders have grown and many have merged, thanks in large part to the collaborative efforts of the Stanley Center for Psychiatric Research at Broad Institute, their partners at the Psychiatric Genomics Consortium, and the tens of thousands of donors who have contributed biological samples with the hope of helping to combat these debilitating disorders. The large-scale genetic studies that these datasets enabled have been enlightening, but have at times left researchers scratching their heads. Among the curious trends to come out of the studies was a noticeable overlap in risk genes among different psychiatric disorders.

Researchers from the Stanley Center and the McGovern Institute for Brain Research at MIT have started to explain this phenomenon. In a new paper published in Neuron, a team led by senior author Guoping Feng and first author Yang Zhou reports on their study of Shank3, a gene previously associated with both autism and schizophrenia in humans. By creating mouse models of two separate Shank3 mutations – one known to be associated with autism, and another linked to schizophrenia – they were able produce the first evidence directly showing that different mutations in the same gene can lead to different neurobiological changes that may be related to distinct psychiatric disorders.

I spoke with Feng, who is an institute member of the Broad, director of model systems and neurobiology at the Stanley Center, and an investigator at the McGovern Institute, to learn more about his team’s new models, what these models revealed about the neurobiological mechanisms of psychiatric disease, and how those findings might influence psychiatric research in the future.

VMK: Can you set the scene for me? What did the scientific landscape look like, and how did it prompt you to take on this particular study?

GF: Human genetic studies in the last few years have surprised us by showing that many of the risk genes found to be associated with different psychiatric disorders are the same genes. That is surprising because these disorders have very distinct symptoms – and our diagnosis of psychiatric disorders is based on these different symptoms. For instance, in our study we looked at a gene that overlaps in autism and schizophrenia, and those disorders have different onset times – autism typically hits very early in childhood while the onset of schizophrenia is more frequently in adolescence and early adulthood. Because these symptoms can be so different, it could be hard to imagine that they spring from the same genes. 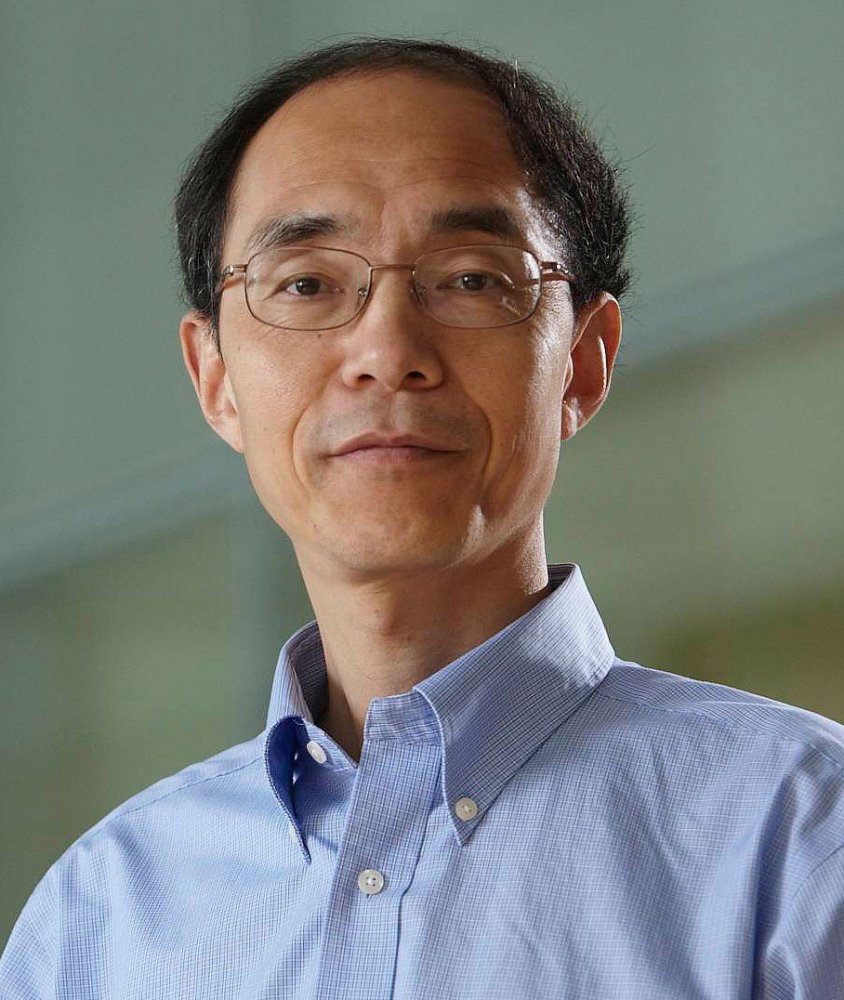 Photo courtesy of the Feng Lab.

At the same time, you could say that finding genes that overlap in these disorders maybe isn't so surprising because studies suggest that many psychiatric disorders do have overlapping symptoms or co-morbidity, so there may be a common neurobiological mechanism for these overlapping symptoms which might be traced back to genes. But there has been no explanation mechanistically how this particular phenomenon might happen, that the same gene can cause different disorders. That’s what we were interested in.

VMK: Why did you pick Shank3 to study?

GF: To be able to study this phenomenon in animal models we needed a gene that was known to contribute monogenically to different disorders. And there are not many of those. In autism there are many monogenic ones – that is, single genes – that cause severe autism, but there are not many single genes that are known definitively to cause schizophrenia. Rather, recent genetic studies have shown that schizophrenia is generally polygenic; the interplay of many genes is thought to cause the disease.

Shank3 however is a gene that has been shown to be monogenic in both disorders. Shank3 mutations are most often linked to autism spectrum disorder, but there was one Shank3 mutation found in three brothers who were never diagnosed with autism, but were diagnosed with either schizophrenia or schizoaffective disorder. We thought it would be useful to replicate these autism- and schizophrenia-related mutations in Shank3 in mouse models in order to see how they might affect molecular and cellular mechanisms, and how they might impact various functions in the brain.

VMK: And what did you find out about these two different mutations?

GF: We were surprised actually: these two mutations were very close to each other within the gene, and they cause a very similar effect in that they both create a stop codon, a little signal that tells the protein synthesis machinery to stop translating the messenger RNA into protein. This affects the gene product in that it ends up being shorter, or truncated; the rest of the protein cannot be translated so you’re missing a part.

What we found was that, despite the similarity in the nature of the mutations, the mutation associated with autism led to a complete loss of the Shank3 gene product. There was no protein left. On the other hand, with the schizophrenia-related mutation, a protein was produced but it was truncated; there’s a size you can predict from comparison with the protein from normal mouse brains, and we could see that, with the schizophrenia-related mutation, the protein was half the size. We think that this difference in the gene product may account for why different mutations of the same gene can be associated with different disorders; it is the first evidence of a neurobiological mechanism underlying this process in the Shank3 gene.

VMK: In the paper you talk about how these different mutations in Shank3 lead to the development of different neurobiological defects and behavioral abnormalities in mice, but how well do these disease-related phenotypes in mice map to human psychiatric disease?

GF: From the behavioral phenotype, we cannot map the mouse model to human disease because mouse behavior is so different from ours. However, we can map the molecular and cellular defects. For instance, in our study we were able to look at the proteins. One mutation caused the protein to disappear; one caused it to be truncated. From there, we can look to see what the consequences of these changes are on the cell and brain function. And while we cannot equate mouse behavior to human behavior, we can use the mouse behavior as a read-out to the function of a particular brain circuit or region. With each brain circuit or region, if we disrupt the function, there will be a corresponding behavioral abnormality. For example, mice with the schizophrenia-related mutation show social dominance behavior. This behavioral abnormality is seen in mice with defects in the prefrontal cortex – and we already know that most studies of schizophrenia suggest that the prefrontal cortex is involved in the disorder. So while we cannot say that the mouse behavior is schizophrenic, we can see that the mice have behaviors that are relevant to the brain regions that are implicated in schizophrenia. Beyond that, we can also map the phenotypes in terms of timing of onset, so in the case of the autism mutation, we see that the cellular defects and neuronal defects come much earlier in development, commensurate with the human disease.

VMK: Now that you’ve shown how different mutations in one gene can cause differential neurobiological outcomes relevant to more than one disorder, what do you foresee could be the implications for future research or possible therapeutics?

GF: In human psychiatric disease, you find many different point mutations that may contribute to a disorder. What our work shows is that each of those mutations could potentially have different pathological consequences and you really need to understand what a mutation does to the gene product – to the function of the gene – to get at its role in the disease.

A major challenge in studying psychiatric disorders is their polygenicity. So the key thing is to find molecular and cellular mechanisms or pathways that the various genetic or environmental factors converge on within a subgroup of patients – and there are likely to be multiple such mechanisms, each affecting a different subgroup. Once you understand a mechanism, you can then design new strategies for potential treatments. We still have a long way to go, but building cellular and animal models that mimic human mutations is a first critical step towards that goal.

A biologist, a mathematician, and a computer scientist walk into a foobar
Stem cells push back the frontiers of psychiatric research