Setting the standard in proteomics 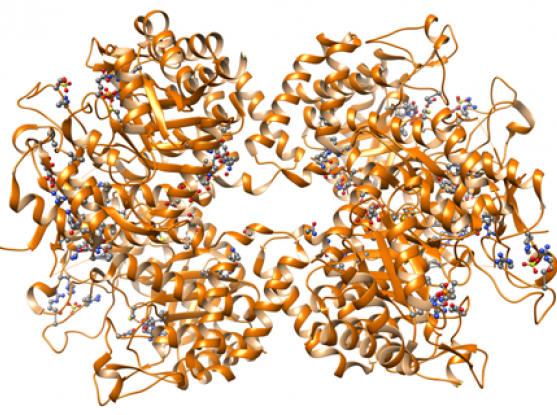 Protein structure
By Veronica Meade-Kelly
What: Members of the Broad’s Proteomics Platform were the lead authors of a recent paper that outlined best practices for developing and publishing studies involving one of the field’s signature tools: targeted mass spectrometry (MS). Targeted MS helps researchers detect and measure specific...

What: Members of the Broad’s Proteomics Platform were the lead authors of a recent paper that outlined best practices for developing and publishing studies involving one of the field’s signature tools: targeted mass spectrometry (MS).

Targeted MS helps researchers detect and measure specific proteins and peptides – the molecular workhorses that carry out specific tasks within cells. Since the proteome consists of hundreds of thousands of these workhorses, targeted MS is a highly useful tool for searching a biological sample for the exact protein or peptide that researchers want to study.

The tool has been rapidly adopted in proteomics over the past few years, but researchers noted a worrisome trend: the criteria used to determine whether targeted MS methods work as intended in a given experiment have been inconsistent, and papers often don’t include enough documentation to allow other researchers to fairly assess the reliability of results, or to apply the methods in their own labs.

“We were growing concerned that these discrepancies could cause confusion and undermine the field. We wanted to develop guidelines to ensure that reliable, high-quality data and results were entering the scientific literature,” explained Steve Carr, director of the Proteomics Platform and first author of the paper.

The authors developed their guidelines by dividing targeted MS studies into three types or “tiers” – clinical, non-clinical, and comparative. For each tier, they defined a set of standards for experimental evidence and analysis. They also offered recommendations on how experimental methods should be conveyed in publications.

The journal Molecular and Cellular Proteomics is expected to develop these recommendations into publication guidelines for those using targeted MS methods.

Who: The authors, who hailed from nearly thirty institutions, were participants in a workshop held last year at the National Institutes of Health. They included multiple stakeholders within the targeted MS community, including diagnosticians, biologists, clinicians, and assay developers. Broad researchers included Carr, Susan Abbatiello, D.R. Mani, Hasmik Keshishian, and Eric Kuhn.

Why: Members of the Broad’s Proteomics Platform are at the forefront of the proteomics field, including the area of targeted mass spectrometry. Researchers from the platform collaborate with countless scientists within and outside of the Broad Institute on a range of experiments that test the role of proteins in various biological systems and diseases.

“As leaders in this field, we thought it was important to play a central role in establishing these best practices so that targeted mass spectrometry assays that work as intended can be shared with confidence and used by many labs worldwide,” Carr said.

Where to find it: All the group’s recommendations are detailed in their paper in Molecular and Cellular Proteomics. 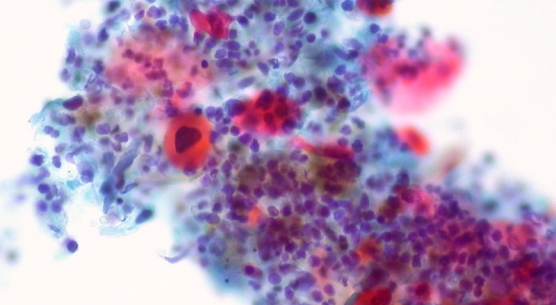 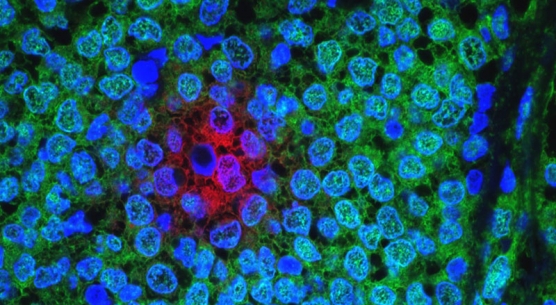