The science behind the story: Following a cancer vaccine from concept to proof of concept

Therapeutic cancer vaccines — ones meant to treat a tumor, as opposed to preventative ones like the HPV vaccine — hold great conceptual promise as tools for turning the immune system against malignant cells. And clinical promise, too: the Food and Drug Administration (FDA) approved the first therapeutic cancer vaccine, against a form of prostate cancer, more than seven years ago.

Now in Nature, a research team led by scientists from Dana-Farber Cancer Institute (DFCI), Brigham and Women’s Hospital, Massachusetts General Hospital (MGH), and the Broad Institute has published the results of a six-patient Phase 1 clinical trial of an individually-tailored vaccine for melanoma, showing that the vaccine is safe and can trigger potent responses against patients’ tumors.

The conceptual framework behind this bespoke vaccine is relatively simple:

In reality, it has taken eight years of work for the team to carry out the basic science, develop the concept into an experimental treatment, and complete a clinical trial.

“One of the things I love to say is that in retrospect, everything that works really well appears very simple,” said Broad institute member Nir Hacohen — co-director of the Broad’s Cell Circuits Program, director of MGH’s Center for Cancer Immunology and, along with institute member and DFCI oncologist Catherine Wu, one of the study’s senior authors. “But coming to those simple solutions and making them work is itself very rarely simple.”

The BroadMinded Blog sat down with Hacohen to talk about the science behind the trial, the challenges the team overcame, and where they hope to go from here. What follows is a transcript of what he had to say, edited for clarity.

On the tumor sequencing learning curve

When we first started this project around 2008, next-generation sequencing was still in its early days. We were among the first teams to throw our hats into the tumor-sequencing ring at the Broad. For many of our samples, we couldn’t get any sequencing data back —  and if we did get data, we couldn’t be sure what were the real mutations and what were false positives.

It took a lot of work with people like [institute scientist and Genomics Platform senior director] Stacey Gabriel and [institute member and Cancer Genome Computational Analysis group director] Gad Getz, and catalytic funding from the Blavatnik Family Foundation to generate high quality data to work with.

On the question of sufficiency 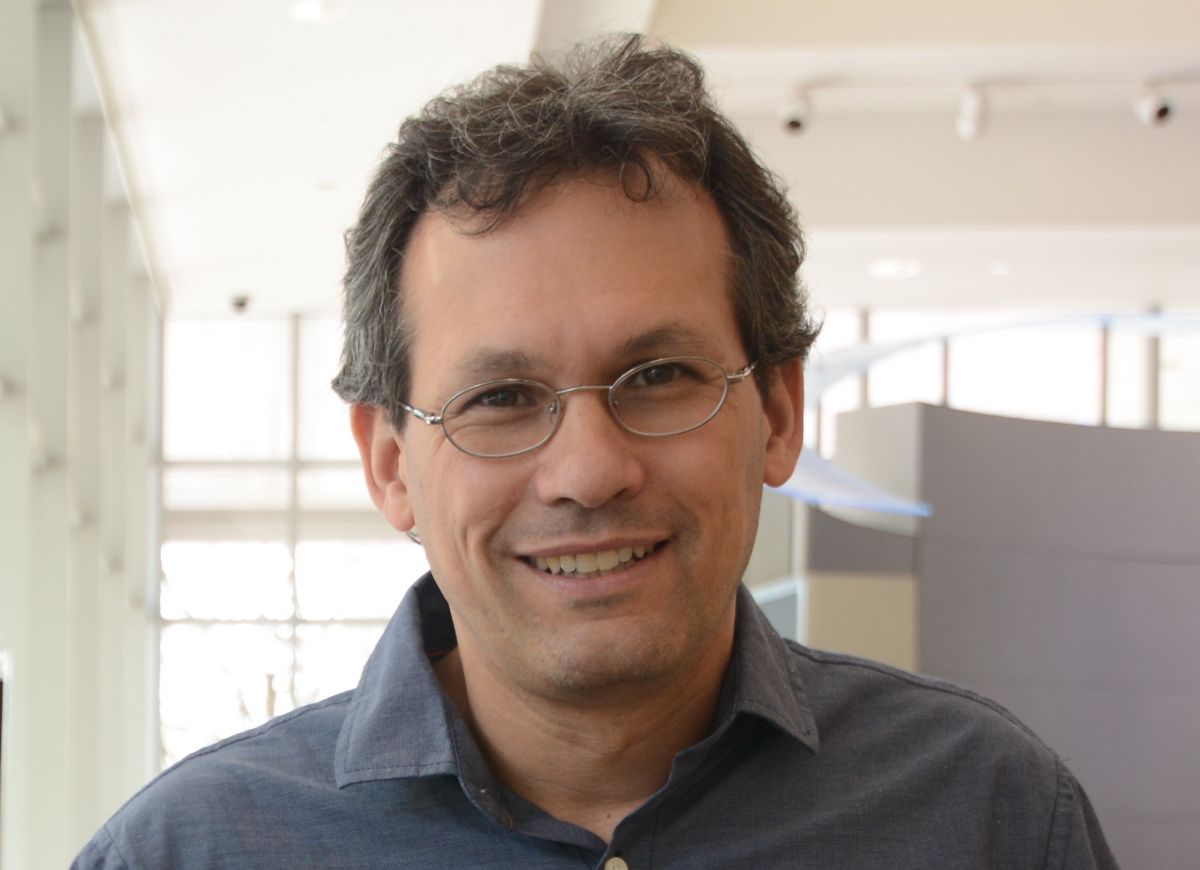 Initially, we didn’t even know whether there would be sufficient mutations or antigens in a tumor to even consider building a vaccine. We hoped there would be, but almost no tumors had been sequenced at that point. So we modeled a tumor immune response based on probably the best known immune response in humans, that against HIV.

By collating several papers from the HIV field, we predicted that we would need 20 good neoantigen targets per tumor in order to generate a promising vaccine, and that we would likely see good responses against two or three of those targets. And it turns out that was exactly the result we saw in the trial.

We then sequenced several tumor types, finding that melanoma had the highest number of mutations. So we decided to create the first vaccine against melanoma, so that we could increase our chances of success on our first attempt.

On picking the right adjuvant for the job

Based on our understanding of immunology, we decided to focus in on an adjuvant called poly-ICLC. We did that because a tumor is a little bit like a virus. Viruses are the best stimulators of the immune response; we have evolved to see viruses. Most viruses have a stage in their life cycle where they exist as double-stranded RNA, and poly-ICLC is a slow-release formulation of double-stranded RNA. So we co-injected the tumor neoantigens with poly-ICLC to make the body associate the antigens with a viral-like signal.

One more thing about poly-ICLC: If you inject it into an animal model, you see almost the same response that you get if you inject the yellow fever vaccine, the most effective vaccine that has ever been made. And we decided, when choosing an antigen, “Let’s pick the one that induces a response most similar to the best vaccine that exists.”

We then had to figure out how to manufacture a personalized vaccine. The pharmaceutical industry is arranged around production of huge amounts of one thing. Here, we were asking to make a microscopic amount of 20 things for every patient separately. So we had to do the opposite of the normal manufacturing process.

With [Broad president and founding director] Eric Lander’s help, we formed a scientific advisory board of people well connected in the cancer field and pharmaceuticals who connected us with Ed Fritsch. Ed has more than 30 years’ experience in pharmaceuticals, and he knew both manufacturing of biologicals and trial development. He’s now at Neon Therapeutics, and he was critical in developing a micromanufacturing process that would be acceptable from a regulatory standpoint.

On forging a new regulatory path

When in 2012 we wanted to get regulatory approval to go ahead with our trial, we went to the FDA with a proposal unlike anything they had seen before. Ed, Cathy, and I stood before a room full of FDA people to talk about a therapy that had never been tested in any person or animal, because it would be different in each person. And to discuss how the only thing that mattered was how that therapy did compared to what one would get with standard of care for the disease.

Some people wondered if the FDA would support our proposal for a truly personalized, patient-specific therapy, but the agency is quite open to new ideas. And in the end, the FDA was on board. They’ve since gone back to Ed and Cathy to discuss this area in depth.

On the “delay of learning” 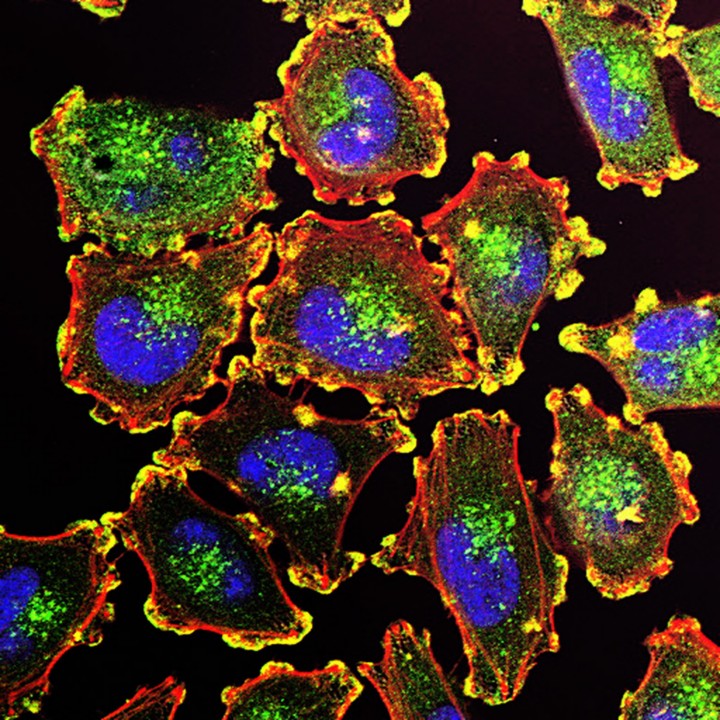 Once we had approval, we needed to set up the trial — working closely with Patrick Ott, a melanoma specialist at DFCI — and make sure we were both selecting the right kinds of patients, and producing and delivering the vaccine quickly enough and at high quality. Here again, support from the Blavatnik Family Foundation played a critical role.

With these six patients, it took a few months from surgical removal of tumor to vaccine injection, but our goal is to get it down to a month or less. When you’re first doing something, there are so many things that you have to make sure you’re doing right that it just takes longer. It’s a delay of learning. But sequencing is getting faster, synthesis is getting faster, and so we think a month is a goal we will be able to reach.

On the conceptual versus the practical

Critics would say to us at the beginning that we wouldn’t find enough antigens, or that we wouldn’t get the FDA’s approval, or that we wouldn’t be able to make the vaccines quickly enough. But we knew we couldn’t solve all of the practical problems when we first started. We were going after the concept. And now our expansion trials with melanoma are going on, and we’re looking at testing the concept in more than seven tumor types.

This new paper represents the culmination of overcoming all these challenges. Our six-patient trial wasn’t enough to look at clinical outcomes, but it did meet the goal of showing that making a patient-specific vaccine is feasible and that we could achieve strong and specific immune responses against patients’ tumors, as we had hoped.

We have several additional goals to follow now. We want to predict neoantigens with higher accuracy, to make the vaccine more and more potent, to test each new version in patients with melanoma or other cancers, and to combine the vaccine with other non-vaccine immunotherapies to further boost the immune system.

And for all of that to happen, we need to continue bringing experts from all areas of biology and computation, engineering and drug development, into the project so that together we can produce the best possible neoantigen vaccine 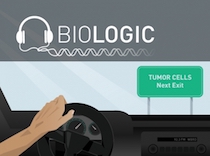 Open source: Foundation for the future
Opinionome: The past and future value of GWAS