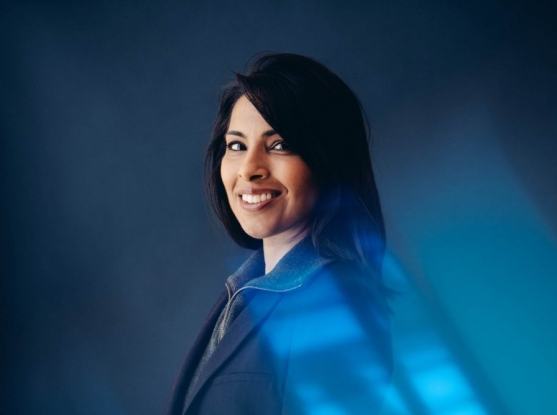 Bhatia headshot
By Veronica Meade-Kelly
Broad senior associate member Sangeeta Bhatia has been named the 2014 recipient of the $500,000 Lemelson-MIT Prize . The honor, which is celebrating its 20th year, recognizes outstanding, mid-career inventors who are improving the world through technological invention, and demonstrating a...

Broad senior associate member Sangeeta Bhatia has been named the 2014 recipient of the $500,000 Lemelson-MIT Prize. The honor, which is celebrating its 20th year, recognizes outstanding, mid-career inventors who are improving the world through technological invention, and demonstrating a commitment to mentorship in science, technology, engineering, and mathematics.

Bhatia, a biomedical engineer and MIT professor, is being honored for her pioneering work in the design and commercialization of miniaturized technologies that aim to improve human health. That work includes the development of model human microlivers that can be used for studying human drug metabolism, drug-induced liver disease, and interactions with human pathogens. These microlivers have been used to study the liver stages of malaria, making it possible to screen drugs without testing them on patients. They may also be a basis for an engineered liver that could one day replace the need for human liver transplants.

Bhatia has also designed “synthetic biomarkers” for use in low-cost urine tests for cancer. This technology could eventually make it possible for physicians to detect cancer in places around the globe where they do not have access to more costly cancer screening tools. It’s also being leveraged for use in the detection of other diseases.

In addition to her innovative research, the Lemelson-MIT Prize also recognizes Bhatia’s mentorship and her focus on translating her research into clinical applications that impact human health. Bhatia, in partnership with her students and postdoctoral fellows, have actively pursued paths to commercialization, including licensing, launching start-ups, and pursuing collaborations with industry in order to bring the benefits of their inventions to patients around the world.

In addition to her role at the Broad, Bhatia is the John J. and Dorothy Wilson Professor of Electrical Engineering and Computer Science (EECS) at MIT, and a member of MIT’s Institute for Medical Engineering and Science and Koch Institute for Integrative Cancer Research. She is also an investigator with the Howard Hughes Medical Institute and holds appointments at the Harvard Stem Cell Institute and Brigham and Women’s Hospital.

She is also a passionate advocate for diversity in science and engineering. She is the founder of the Biomedical Engineering Society Diversity Committee and advises the MIT Society of Women Engineers, a group that oversees Keys to Empowering Youth, an outreach organization that Bhatia helped to build to instill young girls with curiosity about science and engineering.

For more on the 2014 Lemelson-MIT Prize, read the full press release in MIT News.