Putting a face on rare disease 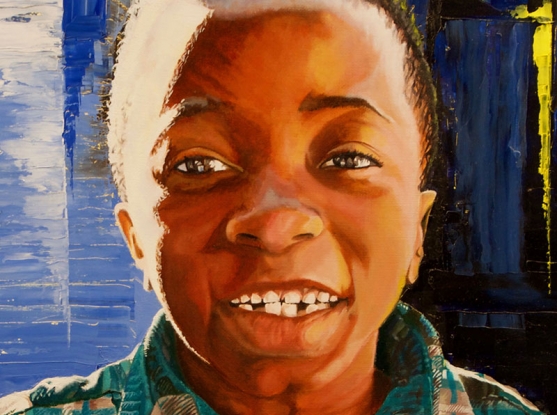 Credit : "Khai" by Colin Howel, courtesy of the Rare Disease United Foundation
By Tom Ulrich
Update, February 2018: A traveling art exhibit featuring portraits of children with rare diseases returns to the Broad this spring to humanize and inspire research on these conditions.

A traveling art exhibit featuring portraits of children with rare diseases returns to the Broad this spring to humanize and inspire research on these conditions.

In the day-to-day routine of the academic laboratory, it can be easy to think about research as a mere series of experiments. The scientific process in biomedicine, by and large, focuses very tightly on the question, the molecule, the gene under study. This laser-like focus can sometimes appear to disconnect the researcher from the reason behind the research: the relief of human suffering.

Bringing back that patient-centered perspective is one of the goals behind “Beyond the Diagnosis,” a traveling art exhibit returning to Broad Institute this spring. Featuring portraits of children with rare diseases and curated by the Rare Disease United Foundation (RDUF, a rare disease advocacy organization), “Beyond the Diagnosis” puts a human face on rare disease, using art to inspire researchers to put their efforts toward understanding — and developing treatments for — rare conditions, many of which remain both mysterious and untreatable.

Rare diseases: Not as rare as you think

The National Institutes of Health (NIH) defines a disease as rare if it affects fewer than 200,000 individuals in the United States. More than 7,000 diseases currently fit the bill.

Patients with these conditions face an arduous journey. It takes an average of eight years for patients to receive a diagnosis. Even when they are diagnosed, there may be little that doctors can do. Ninety-five percent of rare diseases lack an FDA-approved treatment; care is often focused on managing symptoms, not achieving cures.

"It's isolating, it's unimaginable," says Patricia Ferland Weltin, founder and C.E.O. of RDUF and mother of two daughters suffering from hypermelanosis of Ito. "It's hard to explain that in the 21st century there are millions of children suffering from rare diseases, and they're invisible."

Which is all the more disturbing when you consider that, collectively, what we think of as rare diseases are not particularly rare. All told, between 25 and 30 million Americans live with a rare disease today.

“When you add it up, more people in the U.S. have a rare disease than have cancer,” Weltin says.

"We as scientists and doctors need to be concerned about how the issues facing patients with rare diseases are being addressed," says Broad founding core member and chief scientific officer Todd Golub. He adds that the study of rare diseases holds promise for insights that can apply broadly. "There's a long scientific history of rare diseases informing more common conditions."

From 17 portraits to dozens

The exhibit has grown dramatically since its humble beginnings. “A young high school student had come to me asking if she could paint someone with a rare disease for a project,” Weltin explains. “I thought that was pretty neat, and wondered if we put out a call for art if we could get local artists to paint other children with rare diseases, and get that art into medical schools.”

Within months, Weltin and artist Lucas James Xavier Kolasa (who both contributes to and curates the exhibit) had commissioned 17 portraits and arranged their first show, at Brown University’s Alpert School of Medicine.

The exhibit includes portraits of children like Bertrand, a boy with NGLY1 deficiency whose diagnostic journey was told in The New Yorker. And Ashlyn, a young girl with Sturge-Weber syndrome, a complex neurological condition marked by blood vessel abnormalities of the skin and brain. And Noah, who suffers from Gaucher disease, a genetic disorder dramatized in the 2010 film Extraordinary Measures.

Portraits from “Beyond the Diagnosis” have hung at the NIH and Harvard Medical School (HMS).

So far, dozens of artists have donated their time and efforts to the project, some more than once.

“The response from the artists has been amazing,” Weltin says. “They’ve become so attached to the children; they’ve become family." One artist, she notes, even painted the same young girl twice so that she could choose which portrait she liked more.

“This exhibit has moved people to a level of engagement that we’ve never seen before,” Weltin continues. "Our goal, ultimately, is to put a face to each of the 7,000 rare diseases known."

A celebration of rare disease research at the Broad (and beyond)

Anna Greka, an institute member of the Broad and a physician at Brigham and Women’s Hospital, hopes the portraits will foster a similar new level of rare disease engagement at the Broad. After seeing the exhibit at HMS, she approached Weltin about using images of some of the paintings in a presentation. The conversation quickly turned to bringing the portraits to the Broad and arranging a concurrent rare disease seminar for the Broad community. They pulled off the feat; this year, the exhibit returns to the Broad Institute in time for the Broad's third annual Rare Disease Day seminar on February 28.

"When I thought about what we do at the Broad, working to understand genetic mutations and how they drive diseases of the kidney, brain, liver and more, I thought the exhibit and seminar would be a powerful way to galvanize the Broad community around rare disease research,” says Greka, who studies rare kidney diseases.

She thinks people react to the portraits in different ways. "As a person or as a parent, I'm compelled by the fact that this is a sick child. As a physician, I think about this as a picture that shows the face of the disease; here's a real person who deals with the disease day in and day out. As a scientist, they humanize the science and make it more relevant. They're incredibly motivating and inspiring."

Golub agrees. "As scientists working in a laboratory, it's easy to think about something as a rare disease project, when in reality these are patients with rare diseases," Golub says. "Personalization is important. It should be in our consciousness that these are real people, children, who are affected by sometimes terrible diseases. Seeing through art that these are real people is a powerful reminder of what we're doing and why, particularly since we're not a hospital and don't see patients firsthand."

Weltin sees the exhibit as a gift from the families and artists to the rare disease community. "It's starting conversations at great places like the Broad, and I can't hope for more except to see those conversations continue."

The "Beyond the Diagnosis" art exhibit will be installed in the DNAtrium at the Broad Institute (415 Main Street, Cambridge MA) through March 30, 2018. 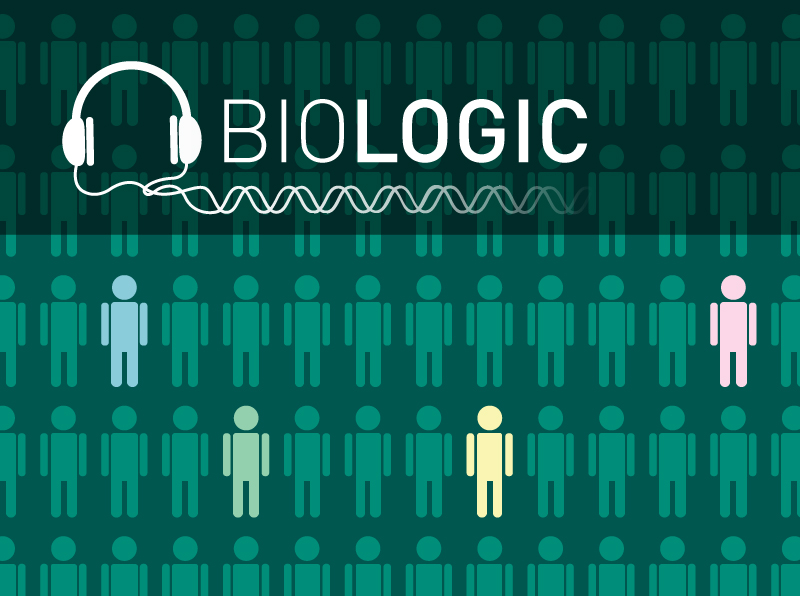 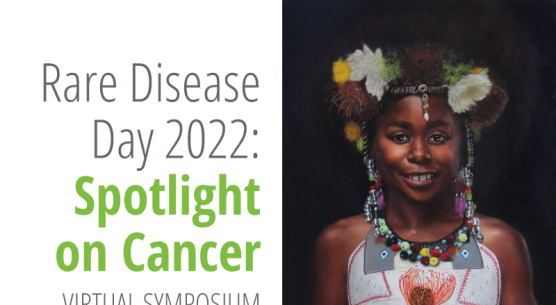