Promoting the study of Candida auris by sharing genomic data 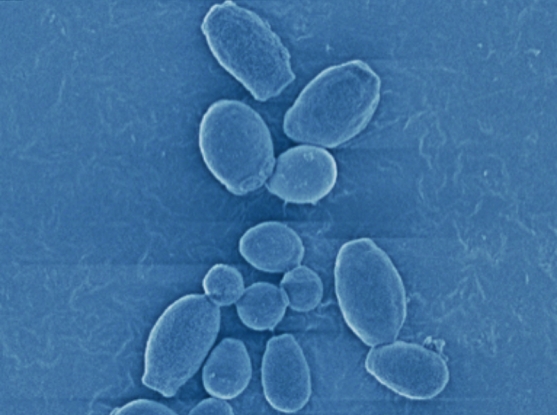 Candida auris — a multidrug-resistant fungus with high fatality rates — was first isolated only in 2009, from an ear canal specimen in Japan (auris being the Latin word for ear). Since then, it has established itself as a significant and global health threat. Despite its name, a 2011 report from South Korea described three C. auris bloodstream infections, establishing that this new species could cause invasive infections. Doctors have since reported hundreds of fatal C. auris fungemia cases across five continents.

Worryingly, C. auris is often highly resistant to major antifungal drugs (e.g., fluconazole and other azoles, amphotericin B, echinocandins), is difficult to identify with standard laboratory methods, and has caused outbreaks in healthcare settings.

The rapid rise of C. auris cases worldwide raises several questions: Why has this fungus suddenly emerged around the globe? How is it transmitted? What mechanisms have led to its emergence and drug resistance? How should we control it?

Given the pressing need to better understand this growing public health threat, our team in the Broad Fungal Genomics group (led by Christina Cuomo) — in partnership with Anastasia Litvintseva at U.S. Centers for Disease Control and Prevention (CDC) and institutions around the globe — have examined outbreak isolates using whole-genome sequencing. The CDC has made sequence read data for 47 C. auris isolates available to the scientific community via NCBI GenBank, along with C. auris patients' demographic and clinical characteristics and isolates' antifungal susceptibility data. Intriguingly, our initial genomic analysis of those data has already demonstrated that these isolates fall into four unique clades by geographic region. This suggests that distinct isolates emerged nearly simultaneously in different regions of the world, rather than from a single, spreading outbreak source.

Understanding the mechanisms underlying antifungal resistance is a crucial part of managing our limited antifungal repertoire, devising strategies to control C. auris spread, and predicting the pathogen's future outbreaks. As many as 93 percent of C. auris isolates are resistant to fluconazole, currently a primary therapeutic option for this pathogen. This resistance rate is remarkably higher than that of other Candida species, (e.g.,  C. albicans, 0.5-2 percent; C. glabrata, 11-13 percent). This is especially concerning as some healthcare facilities, particularly in resource-limited settings, have difficulty accessing antifungals other than fluconazole.

The azole drug family's biochemical target (the fungal enzyme lanosterol 14 α-demethylase) is well conserved. Point mutations are observed in many isolates, but other resistance mechanisms have not been well studied. To address this, our team has released near complete genome assemblies and high quality, RNA-Seq-guided gene predictions for two of the major C. auris clades via NCBI GenBank in advance of publication.

Countries from which C. auris cases have been reported, as of October 31, 2017. Other countries not highlighted on this map may also have undetected or unreported C. auris cases. (Credit: CDC).

C. auris is phylogenetically related to the Candida species lusitaniae, haemulonii, duobushaeumulonii, and krusei, which have either intrinsic or inducible resistance to fluconazole, amphotericin B, or both. Recently, our team released an annotated genome assembly of C. krusei via NCBI Genbank, and we are currently working with the CDC to assemble genomes and predict genes for C. auris isolates from the other major clades and other closely related species; we plan to share these data in the coming weeks. Comparisons of these emergent species and other pathogenic fungi will enable evolutionary studies, revealing, for instance, fungal genes that are conserved or under selection and which could be important for drug resistance and virulence.

The open availability of genomic resources for use by the wider science community will help accelerate study of emerging multidrug resistant fungi. Such data will not only advance our understanding of this pathogen's genetics and molecular biology, but should also inform development of fungal diagnostics based on sequencing or molecular assays, help characterize rapidly changing proteins that may be involved in antifungal resistance, and promote SNP-based population and other analyses requiring highly accurate genome assemblies and gene annotations.