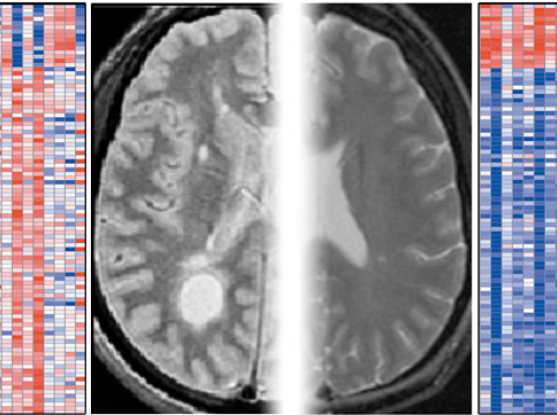 MS patient subsets
By Veronica Meade-Kelly
By its very nature, multiple sclerosis (MS) is disruptive. It’s disruptive at the cellular level, where the body’s own defenses attack the nervous system, stripping the protective myelin sheath that covers the nerve cells, causing interruptions in communication between the nerve cells and a...

By its very nature, multiple sclerosis (MS) is disruptive. It’s disruptive at the cellular level, where the body’s own defenses attack the nervous system, stripping the protective myelin sheath that covers the nerve cells, causing interruptions in communication between the nerve cells and a deterioration of brain tissue. It’s also disruptive at a personal level. Sufferers not only deal with debilitating symptoms that can affect movement, vision, and speech but also face an unpredictable disease path that varies from person to person.

Currently, neurologists have no way to anticipate which trajectory a patient’s MS is likely to take. For some, MS is a progressive disease. Others go into remission after an initial bout of inflammation. Still others waver between remission and relapse, with periods of recovery punctuated by occasional, unforeseeable flare-ups. Given the vagaries of the disease, finding a reliable method for predicting its course in individual patients would be a major stride toward personalizing care for MS, developing targeted treatments, and managing the disease.

In the September 26 issue of Science Translational Medicine, Broad Institute researchers and their colleagues announced findings that may prove to be an important first step in that direction. Using GenePattern tools developed at the Broad, the team, led by Broad associate member Philip L. De Jager, detected a molecular signature that delineates two distinct subsets of MS patients. They also found that one of these subsets appears to be at higher risk for relapse of the disease.

To conduct their research, De Jager’s team looked at RNA data derived from samples of specific types of blood cells – peripheral blood mononuclear cells (PBMCs) – collected from hundreds of MS patients. Some of the patients were as yet untreated, while others were being treated either with glatiramer acetate or interferon-β, two drugs frequently prescribed for MS. Analyzing these data, the researchers were able to identify RNA molecules that differed between two subsets of MS patients across both the treated and untreated groups. From those differences, they were able to assemble a “transcriptional signature” – a molecular profile – that could be used to distinguish the two subsets, which they labeled “MSA” and “MSB.”

From there, De Jager’s team was able to compare the disease course of patients in both subsets. They found that the MSA group was at greater risk of relapse than those in the MSB group, indicating that the transcriptional signature that distinguishes between the two subsets could possibly be used in the future as part of a tool to help classify MS patients and predict disease trajectory.

GenePattern software developed at the Broad helped the researchers analyze their data and cross-check their results. The publicly available software allows scientists to analyze daunting sets of biological data. In this case, De Jager and first author Linda Ottoboni, in consultation with the Broad’s Computational Biology and Bioinformatics Organization (CBBO), used a GenePattern module called Non-negative Matrix Factorization (NMF) to find patterns in gene expression that were hidden in the data provided by the blood samples. The NMF program clustered subjects based on these patterns, revealing the MSA and MSB subsets. The team then used a separate GenePattern tool called a Support Vector Machine (SVM) to cross-check their findings.

After using the tools to confirm the existence of the two subsets, the researchers looked at data related to the sampled patients’ response to treatment and observed that MSB subjects were 40% less likely to experience a relapse than the MSA group, suggesting that the MSA subset may have a different, more aggressive disease trajectory.

De Jager describes the report as “a step toward the goal of personalized medicine in MS,” but emphasizes that the findings need to be validated by further testing before they can be used in the clinic. Future studies will also have to test whether the RNA profile the researchers found is consistent in an individual patient, or if patients fluctuate between the two subsets over longer spans of time.

“This result is not yet ready for use in a clinical setting,” he said, “but it provides the critical first step for a new series of studies that will identify how best to use this information. Ultimately, it may be part of a series of tests that identify subjects who are more likely to have relapses, and in whom more aggressive treatment options might be considered early in the disease course.”

MPG series “primed” to reach a wider audience
The Broad Institute is closed on Monday, October 29, 2012