Perspective: What my mental illness has taught me about resilience and the importance of helping others 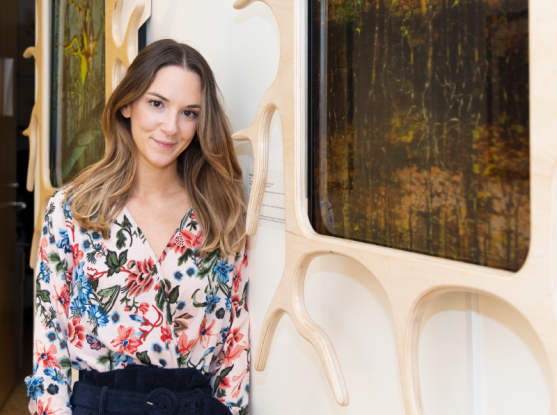 Long before studying psychiatric illness in the lab, I became intimately familiar with the topic. Ten years ago this month, I attempted suicide. I had become imprisoned by my own mind with what I would later discover was treatment-resistant depression, anxiety, and insomnia. The fear that comes with loss of control of oneself is indescribable, and I realized the best way to fight mental illness was to try and understand it. This ignited my passion for neuroscience and started my journey to both save myself and, I hope, help others suffering from suicidal ideation and mental illness.

After my suicide attempt, I continued to struggle with my mental illness. I dropped out of high school, and then failed out of college. An advisor told me I had no future in science because of my poor grades. But I kept going. I tried more than 15 different medications, re-enrolled in college, re-took more than six courses, and finally received my bachelor’s degree in neuroscience. I fought every step of the way for every opportunity to prove what I was capable of. It was not until the last semester of my senior year, when I was able to conduct independent research, that I learned something no class ever taught me: My experience with continuous setbacks and my ability to rebound from them — whether it was a suicide attempt, new medication, or multiple failed exams — have made me a better scientist.

As scientists we seek to answer the unknown by forming hypotheses, performing experiments, and analyzing results. Along the way there are often many failed experiments and disappointments. However, I learned a long time ago that unwanted or unexpected outcomes do not mean the end but rather are opportunities to learn and create a better path forward. Trial and error, patience, and most importantly perseverance have given me the power to survive with mental illness—they also drive me to succeed in scientific research. I am driven to find solutions for people suffering daily from an enormous, invisible, and often unmeasurable disorder and I bring that to the lab with me every single day.

After completing my master’s degree in neuroscience, I chose to start my career at the Stanley Center for Psychiatric Research at the Broad Institute because I share the values of my colleagues here: the importance of research on mental illness, and the value of collaboration and supportive mentorship. My group, led by Adam Granger, group leader at the Stanley Center, and under the supervision of Bernardo Sabatini, an associate member and Harvard Medical School professor, is interested in identifying circuit changes in the brain’s cortex that underlie psychiatric disorders such as schizophrenia and bipolar disorder. To accomplish this, we are developing new assays that combine circuit tracing, spatial transcriptomics, and electrophysiology. We hope this research will contribute to a better understanding of what happens at a cellular level in the brains of people with these disorders, which may one day help in the search for more effective therapies. Current medications for schizophrenia alleviate only some symptoms, but fail to address cognitive symptoms such as working memory deficits, which can still make normal life challenging. We need a clearer picture of what is going on in the brain, and that’s why foundational, exploratory research is so critical for tackling mental illness. 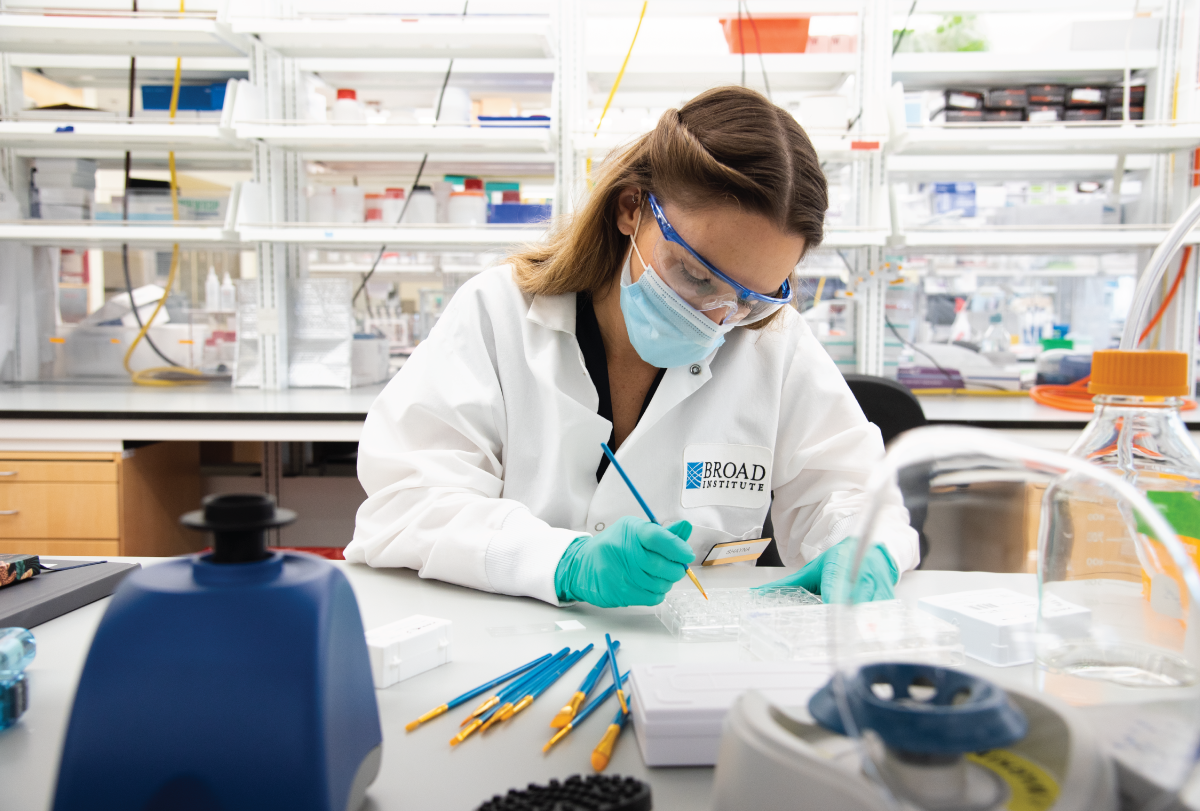 If you can take one thing away from my story, I want it to be that science needs all kinds of minds. Competitive fields often assess young people based on how they appear on paper. This too often excludes those of us who have to deal with challenges such as mental illness, or who might have many other types of life experiences, perspectives and backgrounds that might be overlooked or undervalued. My resilience was only a part of what got me here — I’ve also had great mentors who saw my passion for neuroscience and helped me move forward in my scientific career.

I knew I wanted to work for Adam when he proactively asked me what he could do to better support me and my mental health. He supports me by giving me the flexibility I need in my schedule to perform at my best; other mentors might choose to hire someone who can work within a more conventional schedule. I had many conversations with my graduate advisor, Arturo Andrade at the University of New Hampshire (UNH), that led him to read books on how to better mentor students with mental illness. As a UNH teaching assistant, I spoke with undergraduates to encourage them not to sacrifice their health for a perfect GPA. I urge mentors to understand that we don’t all think, learn, or perform the same way, but we can still perform well when given the chance. I also urge mentees to be open with their mentors about what works best for them. It is one thing to dedicate our research efforts to mental illness and it is another to advocate for and support those who are suffering from it. We can and should do both.

With the burden of mental illness comes the worst outcome of suicide. According to the CDC, suicide rates have climbed by 35 percent between 1999 and 2018. Those who survive their suicide attempts continue to struggle — 1.4 million American adults in 2019 alone.  Addressing mental illness will help lower suicide rates, yet suicide and mental health remain some of the most under-funded public health issues. We saw scientific communities rapidly deliver solutions for COVID-19 — we need the same urgency for mental health and suicide prevention.

As I personally experienced, there is stigma around suicide. I was made to feel that I “wasn’t trying hard enough” in life. Yet suicide prevention and mental health resources are limited or completely out of reach for many people, and we have lost far too many people because of that. Many changes are urgently needed at a societal and policy level, but scientists can still have impact beyond just doing research, particularly now that the pandemic is leaving a mental health crisis in its wake.

What can scientists and the scientific community do? We can form partnerships with patient groups such as the National Alliance on Mental Illness, the Jed Foundation, or countless other mental health non-profits, to get their feedback on how we can support them, whether it’s through fundraisers, scholarships, or advocacy events. We can work with partners to help produce educational content for the public about the biological basis of mental illness, which will hopefully dispel some of the blame that people with mental illness often experience. We should invest in the patient community in ways that make a direct and immediate impact.

I often think about how I got here and all of the people like me who have not been able to fulfill their potential, find others who believed in them, or were not able to continue to fight the burden of mental illness. We need to break down the doubt and stigma surrounding mental illness, and we scientists should help do that using our growing knowledge of the brain. I went into neuroscience to understand my own brain, but also for the countless people who might not get the chance to be where I am, because I understand the urgency of the problem and how research can help.

I am proud of what I have gone through to get here and that I am still here to tell this story. It will be a long road before we truly understand mental illness, what contributes to suicide, and how to better prevent it, but I have no doubt that I will still be here to see that happen. Until then I hope we can consider what more we can do to give people a fighting chance, because all minds are important. If you have any ideas or thoughts on how to move forward and make an impact, please contact me at smallat@broadinstitute.org.

If you or somebody you know is suffering from suicidal thoughts, please consider reaching out to the National Suicide Prevention Lifeline at: 800-273-8255, text ‘HOME’ to 741741, or chat online. It’s confidential and available 24/7.

Shayna Mallat is a research associate in the Stanley Center for Psychiatric Research at the Broad Institute. 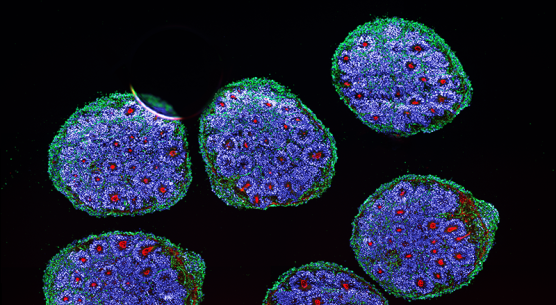