Opinionome: The past and future value of GWAS 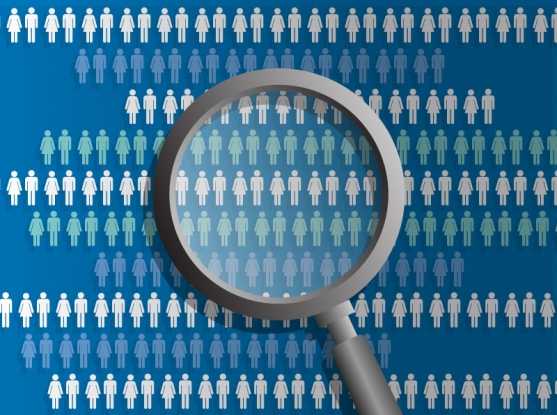 Credit : Lauren Solomon, Broad Communications
By Tom Ulrich
The 3,000+ genome-wide association studies (GWAS) published over the last 10+ years have revealed more than 39,000 genetic links to human traits and disease. Has all the effort been worth it? And is there a future for GWAS?

Since really coming into their own in 2007, genome-wide association studies (GWAS) have revealed potential connections between tens of thousands areas of the human genome and specific traits or common diseases, such as autism, cardiovascular disease, diabetes, height, and psychiatric disorders.

That power for revealing genome-disease relationships has provided researchers with unprecedented opportunities to plumb the biology linking genotype and phenotype, sometimes with surprising results (like that between an immune protein, complement component C4, and schizophrenia).

But these studies have not been without controversy. A GWAS essentially provides a list of genomic regions associated with a trait or disease, some containing dozens of genes, some none. As a result, researchers sometimes struggle with how to prioritize the list of “hits” for further study. And some question whether GWAS-based projects have been worth it, given the numbers of new therapies, diagnostics, and risk-assessment tools arising from such research over the last decade, and concerns about whether these studies turn up mostly noise and not much signal.

The BroadMinded Blog approached three Broad scientists, asking: What’s your perspective on the GWAS? As a research strategy, has it contributed to our understanding of human genetics? And as sequencing gets faster and cheaper, does this approach have a future? 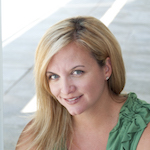 GWAS allowed a major shift in how we map disease traits. Before GWAS the technology available allowed for relatively low-resolution approaches like linkage mapping for rare or Mendelian diseases or more targeted approaches in which candidate genes were resequenced in cohorts of interest.  The exciting thing about GWAS was the capability  to screen for disease-related genes in the general population in a high-resolution, unbiased manner and find regions or genes that might surprise you. We weren’t looking under the lamp post any longer.

And in the early days of GWAS there were exciting findings, even in relatively small populations. Age-related macular degeneration was the first common disease to yield to the GWAS approach, with researchers finding, by genotyping a modest number of individuals, a gene with a relatively large effect in a genetic region that wouldn’t necessarily have been on the top of one’s candidate list.

GWAS provide a layer of information that, along ... other features, can show the landscape of a disease.

As single nucleotide polymorphism (SNP) array chip design has improved and more resources have become available, both here at the Broad and elsewhere, the same basic GWAS techniques have been used to study diabetes, cardiovascular diseases, multiple sclerosis, schizophrenia, and dozens of other diseases and traits. Those studies have implicated many, many coding and noncoding loci in disease that you wouldn’t have otherwise guessed.

Will all 39,000-plus associations found so far result in discovery of the risk or protective alleles or treatment targets for any given disease? The answer is no, but there’s a misperception that GWAS haven’t yielded what they should because we don’t have cures for or haven’t explained all the heritability of complex disease yet. GWAS provide a layer of information that, along with sequence, methylation patterns, and other features, can show the landscape of a disease, and reveal clues about where to look for important changes that relate to phenotype.

And GWAS isn’t slowing down as a research tool. A whole genome sequence costs less than around $1,000 these days , but up-to-date, high density chips costs $50, so many studies turn to GWAS as their first line of attack and an important first bit of information about the cohort. We’ll run SNP arrays on tens of thousands of samples this year. Disease area-specific arrays have come online, as has a global screening array that captures much more of the genetic diversity of non-European populations. Some even argue that good GWAS arrays combined with whole exome sequencing might be provide greater value at a lower cost than whole genome sequencing, and the data are much easier to handle. So I think it’s a given that people are still going to conduct GWAS for the foreseeable future.

GWAS have contributed to our understanding of the genetic underpinnings of complex diseases in three ways. First, they have both reinforced known disease associations and suggested additional ones that could reveal unrecognized biology and guide new therapies. In cardiology, for instance, GWAS-based research has revealed robust associations between heart attack risk and more than 70 common genetic variants. These variants have highlighted known pathways, such as cholesterol metabolism and blood pressure, but also pathways that we do not currently target in clinical practice, such as ones linked to cell proliferation within the blood vessel wall.

Second, these variants have prompted detailed functional genomics studies that, in several cases, have uncovered the biological mechanism through which a given variant confers risk (e.g., connecting a genetic variant on chromosome 1 to changes in expression of the gene encoding sortillin, which reduced circulating cholesterol and heart attack risk.) However, the process of prioritizing genetic variant-trait associations for validation remains challenging. Applying lessons learned from early success stories to additional datasets will be key to maximizing the scientific yield.

Third, by revealing that any given individual might inherit a disproportionate number of risk variants, GWAS have opened the door to creating ‘polygenic risk scores,’ which permits stratification of a population from time of birth into groups with very different trajectories of lifetime risk. Using heart attack again as an example: each of the 70 variants I mentioned above confers a modest increase in risk. By combining them into a polygenic score, cardiologists may one day be able to better advise patients — especially ones with high risk scores — regarding the benefits of healthy lifestyle choices or statin (cholesterol-lowering) medications.

Moving forward, large scale and multiethnic biobanks that increase the population diversity of data and which link genotype and phenotype information are likely to facilitate a new wave of genetic discovery and greater appreciation of any given variant’s full spectrum of phenotypic consequences. In cardiology, validating and integrating expanded polygenic risk scores, ones that incorporate 100,000 or more disease- or trait-associated variants, into clinical care will permit clinicians to stratify patients based on genetic risk early in life and with increasing accuracy. This, in turn, will provide opportunities for early, targeted lifestyle or drug interventions that may prevent the onset of disease. 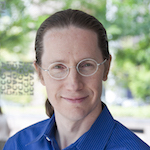 What genetics has taught us over the last 20 years in general is that fundamentally the clues to disease largely reside in the genome that you’re born with, and GWAS has contributed greatly in leading us to this understanding. And if you look at the diseases and traits that have been studied with GWAS and other genetic tools thus far, I think psychiatric conditions have probably benefited more than almost any other disease area.

I think that before GWAS there had long been a general recognition of the heritability of psychiatric disease, but ambivalence about the model used to explain it. But insightful researchers recognized some time ago that there likely were many, many different genetic contributors to psychiatric disease. What we see in psychiatric disease is surprisingly similar to phenotypes like adult stature, in that there’s an incredible amount of heritability. I think it surprises people sometimes that autism and schizophrenia are more heritable than things like diabetes or Crohn’s disease or asthma.

GWAS and other genetics studies have ... had positive outcomes by ... turning [heritability] from an abstract thing into something concrete and measurable.

Can we say that GWAS has been a successful approach to genetics? Again speaking from the perspective of psychiatric disease, I think GWAS and other genetics studies have in the short term had positive outcomes by starting to unlock the heritability of disease, turning it from an abstract thing into something concrete and measurable, which has moved the needle of societal understanding.

If we take the long view, though, real success would be nothing short of biological insights into the causes of common complex disease that lead as quickly as possible to the development of novel therapeutics and diagnostics for patients.

I think we tend to focus more on the therapeutic side. Think of the genetic architectures we’re finding. Hundreds or even thousands of different genes or regions of the genome can contribute to complex diseases like inflammatory bowel disease or schizophrenia or cardiovascular disease. This state of affairs doesn’t lend itself very easily to prediction. For instance, you’re not going to predict who will develop with a given psychiatric disease very accurately just from looking at their genome.

But unlocking the biology of disease using the variation patterns revealed through GWAS and other study paradigms is the first step towards ultimately designing much more rational therapeutics.

What do you think, Dear Reader? Have GWAS been a boon, a bane, or somewhere in between? And what place do they hold in the future of genomics? Tell us on Twitter using the hashtag #opinionome.

From the Broad: A single genetic variant regulates the gene EDN1 to affect risk for multiple vascular disorders

The science behind the story: Following a cancer vaccine from concept to proof of concept
CellProfiler goes 3D