Opinionome: Can DNA sequencing get any faster and cheaper? 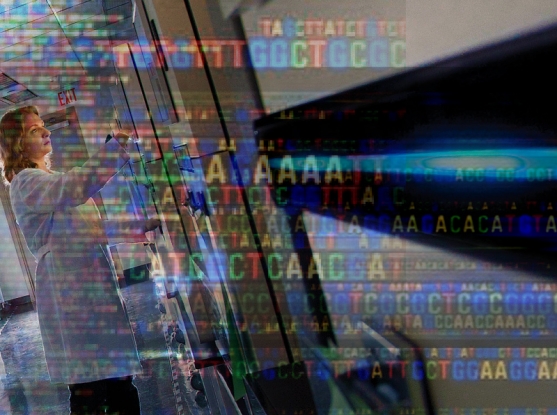 By Tom Ulrich
Sequencing a human genome today costs roughly 0.0014% of what it was in 2001, and takes hours instead of years. Can sequencing still get cheaper and faster? And does it need to?

It took $2.7 billion* and roughly 15 years for the Human Genome Project to sequence the first human genome. In 2014, Illumina announced it was releasing a machine that could sequence a genome for $1,000 (not including indirect costs such as labor, electricity, etc.). And the Broad Genomics team at the Broad Institute currently sequences the equivalent of a full human genome every 12 minutes.

Can sequencing get faster and cheaper? It’s not yet clear what the answer will be. Even Illumina’s CEO, in a 2014 interview, questioned whether sequencing costs could keep dropping at their historic pace.

We approached three Broad scientists with one question: In your opinion, has DNA sequencing gotten as cheap and/or as fast as it can? Or is there still room for improvement? 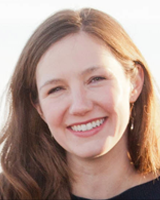 Why? It takes many more reads to achieve a working level of sequence coverage for a three-billion-base-pair human genome than a bacterial one. But sample prep and library construction costs don’t necessarily scale with genome size or read coverage.

It's estimated that the planet holds a mere 7 billion humans, but 5 nonillion (5x1030) bacteria. Bringing sample prep costs down would enable a richer view of our microbial world.

Looking at the current state of sequencing, it’s easy to see why there appears to be a plateau. The marketplace has been dominated by a single manufacturer and one general sequencing approach for much of the last five years — an eternity in the fast-paced world of biotechnology. This (and other factors) has reduced competitive pressure, and in part as a result, we’ve seen a slight slowdown in the rate of technological advancement.

In addition, we’ve run into a computing bottleneck. With local (on-premises) computing, we can only analyze datasets up to a certain size. Why sequence a million genomes if the analysis will take too long to make it practical?

[W]e will see a huge leap in sequencing demand, with a market easily 1,000 times bigger than what we see today.

We are on the threshold of a massive wave of genomic utility — a transition from the more academic research focus of today to a transformed medical landscape where sequencing is a routine part of patient care. Sequencing applications are poised to expand (e.g., embedded environmental sampling, food chain monitoring). And moving analysis to the cloud (which is already happening) will allow for new modes of research and lead to increased insight into the genomic roots of disease.

Combine all this with a stronger toolset for genome editing (think CRISPR), and we will see a huge leap in sequencing demand, with a market easily 1,000 times bigger than what we see today. That demand will drive the creation of cheaper, better, and faster solutions. 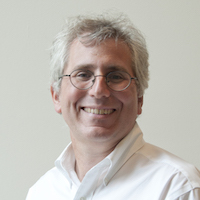 Science has been transformed by the decrease in genome sequencing costs. But speaking as a cancer biologist, we’ve barely scratched the surface. To go deeper, we don’t just need cheaper sequencing — something greater competition in the market would encourage — and faster sequencing, we need better sequencing.

Cancers can have thousands and thousands of rearrangements compared to normal cells. But with the predominant technologies, we can’t find them all. We can’t see what they are, or why they’re there, or why they matter.

Sequencing by synthesis gives you a few hundred bases of paired reads. With newer single molecule technologies, you can achieve tens of kilobases of sequence per read or the equivalent. Once you get longer reads, you can start to see more complex rearrangements and start gathering the data to understand the whole genomic structure of cancer.

This isn’t to say that sequencing costs don’t matter. I think that if you drive them down, it eventually forces other costs down as well. For instance, cheaper sequencing is helping give cancer researchers the leeway to study cell-free DNA or circulating tumor cells from the blood, approaches with relatively low sample acquisition and preparation costs. And by making more data available, cheaper sequencing is pushing the move to cloud-based informatics, which is making genomic analysis more accessible and affordable.

What do you think, Dear Reader? Can sequencing get any cheaper and faster? Or are we asking the wrong question? Tell us on Twitter using the hashtag #opinionome.

Divide and conquer: New single cell approach broadens range of cell types that can be studied in the brain
Risk or resilience: the genetics of PTSD