Opinion: Weighing the positive and negative impacts of studies regarding sexual minorities 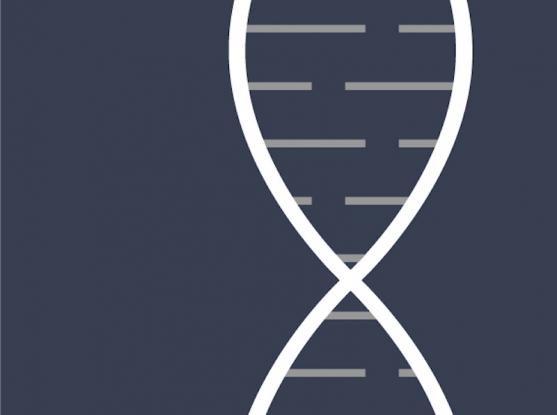 Researchers who choose to study marginalized groups have the opportunity to improve the lives of disadvantaged individuals, but simultaneously take on the responsibility of ensuring ethical and moral factors are adequately considered at all stages of their studies. Ganna, et al. aim to bring about a better understanding of human biology, sexual behavior, and genetic diversity through their study of the genetic factors influencing same-sex sexual behavior (SSB). However, their findings also have the potential to harm sexual minorities due to possible misinterpretation of results, outdated regulatory protections for research subjects, and the potential for data privacy breaches.

In providing evidence indicating SSB cannot be explained by differences in a few genetic loci, the study emphasizes the complexity of same-sex sexual behavior and the absence of a “gay gene.” Anti-LGBTQIA+ groups often utilize simplistic, debunked notions to explain the basis of sexuality, such as suggesting it is a lifestyle choice. However, as this study indicates, a complex mix of genetics and environmental factors intermingle to determine an individual’s sexuality, similarly to other complex human traits and behaviors, such as height, personality, and athletic ability.1,2,3

In addition, minority groups have historically been underrepresented, ignored, or excluded from key research studies and trials.4 The resulting poorer understanding of the genetic and environmental factors that affect the health of minorities can negatively impact the healthcare they receive. At present, access to care, patterns of tobacco use, and obesity rates are understudied in LGBTQIA+ populations.5,6 For this reason, research focused on understanding minority groups is critical, but should be explored with great care to not mischaracterize, stigmatize, or otherwise unwittingly harm the studied populations. It is also key to be inclusive of all members of the LGBTQIA+ community. Lower-income individuals are underrepresented in the UK Biobank and 23andMe data sets used by Ganna, et al., and as the authors noted, these databases primarily include individuals of American and European descent. Thus, in order to truly capture the diversity of the LGBTQIA+ community, it will be important for future studies to make a concerted effort to include people of color from various socioeconomic statuses and geographic locations.

Along with the benefits that research on marginalized groups can bring, there is also the potential to unintentionally cause harm. When designing a study that works with vulnerable populations, researchers should ask themselves whether certain questions should really be studied at all. Is there any scientific or societal value in studying same-sex sexual behavior? Is any potential value in understanding SSB outweighed by the potential negative impact such findings could have on the LGBTQIA+ community?

For example, it is possible to envision opportunities for misinterpretation as this work reaches the general public. News sources can take findings out of their scientific and cultural context, oversimplifying the results and conclusions to make the news more consumable.7 As a result, the sensitive findings of this study, especially when miscommunicated, could be utilized to justify negative prejudices against members of the LGBTQIA+ community. For instance, the correlations between SSB and number of sexual partners, depression, and drug use identified in Ganna et al could be used to stigmatize LGBTQIA+ people without taking into account cultural and temporal contexts or the effects of prejudice and discrimination.

Because of the consequences of researching sensitive topics, it is important to protect participants from harm, starting by stating the potential drawbacks and safety issues that could come with participation. There are clearly delineated regulations for research methods involving humans and animals to protect subjects from physical and psychological harm. However, scientific studies are increasingly focused on tapping the resources of large genomic and clinical databases to better understand human biology and genetics. Progress in genomics research is quickly outpacing the regulatory mechanisms designed to protect vulnerable communities.8,9 Recent examples in social media research highlight the need to revise consent practices and highlight participants’ ability to opt out.10,11

Historically, the broad consent practices that genomic testing services employ make it unclear if participants are truly aware of the plethora of ways in which their data could be used. To address this, 23andMe added a secondary consent in 2012 to specify that survey and genetic data could be used to study the genetics of sexuality. However, this is not the case for the UK BioBank data set, which represents the majority of participants in Ganna, et al. This means it is likely that many individuals who contributed their genomic and self-reported sexuality data did not know that their data could be used for this type of sensitive study. To add, linking participants’ personal information about sexuality with their genomic data was undoubtedly done with the assurance that their data was de-identified. However, germline (inherited) mutations serve as a unique fingerprint for every individual. It has become clear that it is possible for law enforcement agencies to re-identify individuals from publicly available databases like 23andMe, and genetic testing services are also allowed to sell the data to third parties. For people living in a location where belonging to a particular sexual orientation is criminalized, it is easy to see the danger that potentially exposing an individual’s sexuality through a genomic database could pose. Participants should be aware of the reality that by enrolling in these studies, their genomic fingerprint is linked to potentially sensitive metadata, which is not as unidentifiable as they may have originally believed.

Even before its publication, Ganna, et al. has prompted dialogue between researchers, ethicists, and minority groups. Hopefully, the article and the discussions it generates will aid scientists and the public in developing a more concrete moral and ethical framework for research on disadvantaged groups. A comprehensive understanding of the opinions of marginalized populations alongside thoughtful discussion of the immediate and long-term consequences of studies of these populations will enable the research community to set and respect appropriate boundaries around sensitive topics. As a result, researchers will be better able to protect vulnerable populations while still expanding scientific and medical knowledge about minority groups.

Opinion: Unintended, but not unanticipated: the consequences of human behavioral genetics
Opinion: Big data scientists must be ethicists too