Opinion: Unintended, but not unanticipated: the consequences of human behavioral genetics 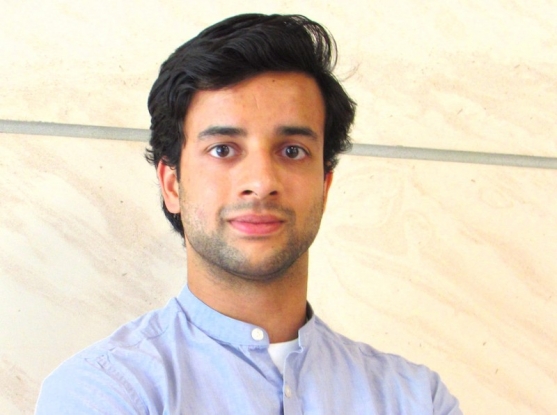 There is a long history of ostensibly benign genetic research being used for less lofty goals. In 1991, a study about the biology of sexual orientation was carried out by Simon Levay. It was the first such study to jump into the mainstream news cycle, garnering media attention across many news outlets. On paper, the study appeared to serve the interests of the LGBTQIA+ community: if sexual orientation is hardwired at birth, then it can’t be ‘unmade.’ In this context, conversion therapies would have no real purpose. This result could also help to counteract homophobia to some extent, as some studies suggest that people are more likely to be intolerant when they believe that homosexuality is a ‘chosen lifestyle.’ In reality, online comments and blog postings discussing Levay’s article indicated that, by and large, it helped perpetuate the idea that homosexuality was a mental disorder. With the recent publication of Ganna et al.’s study on same-sex sexual behavior, I fear the possibility of similar unintended consequences that could hurt the LBGTQIA+ community worldwide.

In the US, only 18 states ban conversion therapy. A 2009 American Psychological Association report described the use of “a variety of aversion treatments, such as inducing nausea, vomiting, or paralysis; providing electric shocks [...].” As the wording indicates (“conversion therapy”), these practices are based on the harmful belief that same-sex attraction is a defect or disorder. There is a real concern that supporters of these pseudoscientific therapies will misrepresent or decontextualize results from Ganna et al. to claim scientific support for their dehumanizing practices.

Other potential ‘therapies’ could include prenatal screening or farther in the future, CRISPR editing of genomes, in an attempt to engineer sexual orientation before birth. Again, potentially highly beneficial research advances could be used for nefarious means on tenuous scientific ground. The speed at which new technologies emerge does not allow time for scientific debate on either the ethics or the accuracy of predictions based on genetics, especially for complex behavioral traits. While the low predictive power (<1%) of the few genes identified by Ganna et al. suggests that genetic screening would have minimal effect, that has historically not been an impediment. For instance, earlier this year, a company came up with a genetic test for low IQ for prospective parents. The science behind this genetic test for IQ is tenuous at best, but it has not prevented companies from commercializing it. Other companies regularly offer services for selecting the hair and eye color of embryos. Norms are being set that make it scientifically valid and ethically acceptable for parents to control a child’s IQ and other traits. Extending this to LGBTQIA+ individuals should give all researchers pause.

Add another weapon to the homophobia arsenal?

Same-sex sexual behavior is still criminalized in 72 countries, and punishable by death in twelve. Homophobia has been increasing worldwide at an alarming rate. France, for example, experienced a record high in the number of homophobic assaults in 2018. Last year was also marked by anti-gay purges worldwide — through the use of repressive tactics such as large-scale raids, imprisonment, torture, and the death of LGBTQIA+ people — which are making the news in Chechnya (a republic of Russia) and Egypt, amongst others. I fear the possibility that the results of the study will be twisted into another weapon of repression.

Put simply, I fear that current and future structures — particularly powerful and oppressive nation-states, non-state actors and religious organizations — will use this study as scientific evidence for their ideologies of discrimination and oppression of LGBTQIA+ people. Such an unethical practice and manipulation of scientific findings could be weaponized once again to institutionalize homophobia.

Recent moves in some countries to collect people’s DNA is one step towards discrimination based on genetics. For example, in Rwanda, the proposal of a country-wide DNA database has raised concerns about potential misuses by the government. Likewise, human rights groups have been warning about a DNA database of Uighurs created by China. It is currently believed that at least one million Uighurs are currently being held, in an apparent cultural genocide by the Chinese government.

A final note: the ramifications of genetic research

It is imperative to note that the link between genetics and same-sex sexual behavior described by Ganna et al  is very tenuous. In the same way that language can be used to label and categorize individuals, I worry that genetics will be the latest way to wrongly label and attribute traits to the LGBTQIA+ community. For example, the correlations between same-sex sexual behavior and number of sexual partners, depression, and drug use identified in Ganna et al. could be used to stigmatize LGBTQIA+ people.

I worry that the vacuum left by incomplete and inconclusive data in such behavioral studies will ultimately be filled with a plethora of bad claims.

I worry that this study is the beginning of a very slippery slope into institutionalized homophobia — supported by false claims of evidence from the scientific community.

I want to avoid having to reverse these false claims only after further oppressive damage has been inflicted on the global LGBTQIA+ community.

I want to contribute to a call to action for the adoption of an ethical framework that promotes the accurate representation of genetics findings as it relates to high-stakes life or death issues of human dignity for the most vulnerable amongst us.

Carino Gurjao is bioinformatics analyst at Dana-Farber Cancer Institute and the Broad Institute.

Opinion: Discovery or discrimination? Starting the conversation about the potential outcomes of a LGBTQIA+ targeted study
Opinion: Weighing the positive and negative impacts of studies regarding sexual minorities