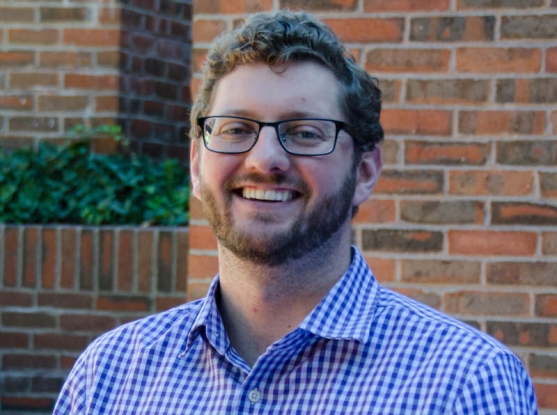 In May 1897, Magnus Hirschfeld, a gay German psychiatrist founded the Scientific-Humanitarian Committee, one of the first gay rights organizations. The motto for this group was “per scientiam ad justitiam” which translates to “through science to justice.” The justice they sought was equality, starting with the repeal of Paragraph 175 of Germany’s Imperial Penal Code, which outlawed homosexuality. The science they pursued was, in part, to show that being gay was found in every culture and by extension was a natural part of being human. The scientific inquiry was motivated by advancing human rights.

Reading about Dr. Hirschfeld’s life and work, reminds me about how long and hard fought the struggle for equality has been, the role science can play in this struggle, how far we have come, how far we still have to go, and how lucky I am to have been able to marry my husband.

One of the questions I get asked most frequently is: why do this work at all? For me, one of the primary motivations was that the UK Biobank data were available for research through a controlled access process. This meant that it was inevitable someone would pursue studies of same-sex sexual behavior. With that in mind, I felt it was important to ensure that a diverse set of scientific perspectives, personal experience, and expertise were represented on our research team. Our team included experts in genetics, statistics, sexual behavior, and sociology.

I am hopeful that these results will strengthen the argument for legal protections for LGBTQIA+ individuals and improve acceptance. Melinda Mills noted in her commentary in Science that “[e]vidence that sexual orientation has a biological component could shape acceptance and legal protection.” This work supports the notion that there is a biological component to sexual behavior. Societies should use this evidence to advance civil rights and equality for the LBGTQIA+ community.

I also believe that describing the world as accurately as we can is part of what being a scientist is about. This work has helped affirm that genetics is an important part of same-sex sexual behavior -- but that’s not all there is to the story: non-genetic factors, such as environment and cultural context, are also important in shaping these behaviors. The findings reinforce the idea that the diversity of sexual behaviors across humanity is a natural part of our overall diversity as a species.

As part of this project, we conducted a series of outreach and engagement activities to work with LGBTQIA+ alliance and advocacy groups. Early on, we sponsored workshops with Sense about Science that brought together allies and advocates with researchers on the project to discuss what we were doing and how we were approaching the work. These discussions changed the way we did the research and were a critical aspect of the study.  We continued these efforts with other groups to develop materials to make the results accessible to the public. We have created an online FAQ to help communicate these results to the public.

For me, this process of engagement was hugely informative. I learned about perspectives, experiences, and struggles that were different from my own. For example, one discussion centered on the question of how these results might be twisted to improperly support conversion therapy (which is abhorrent and scientifically invalid), or to inaccurately promote the concept of sexuality as a choice (which it is not), a possibility that frankly had not even occurred to me. The analysis and results we present do not support conversion therapy and any effort to use these findings as justification for conversion therapy would be a deliberate distortion. Similarly, they do not support the notion that sexuality is a choice and should not be used to bolster such arguments.

Other discussions focused on the simplifying choices we made for the analysis as well as the restricted focus on just two primary traits: reporting ever having a same-sex sexual partner, and among people with at least one same-sex partner, whether their partners were predominantly same sex or opposite sex. We chose these simplified traits for statistical reasons, which we describe in the limitations of the work in the FAQ. Focusing on these two traits alone does not come close to capturing the complexity and diversity of human sexual behavior, something that we very much acknowledge. These discussions also raised other important limitations such as the inability to address the genetics of gender identity, which we explicitly highlight in the paper.

Based on the feedback about the risks of misrepresenting this work, my co-authors and I included the following statement about discrimation in the paper: “We wish to make it clear that our results overwhelmingly point toward the richness and diversity of human sexuality. Our results do not point toward a role for discrimination based on sexual identity or attraction, nor do our results make any conclusive statements about the degree to which “nature” and “nurture” influence sexual orientation.“

More generally, engaging with advocacy and alliance groups, particularly when studying vulnerable populations, is a really good thing for research. These interactions and discussions changed the way I thought about the work, made the research stronger, and deepened my understanding of the struggles that members of the LGBTQIA+ community continue to experience. We think we did a lot of things well, but we certainly could have done more and there is always room to do better. When I first started working on this project, I was not yet a member of Out@Broad, a group at the Broad Institute for LGBTQIA+ Broadies and allies. I didn’t engage them (or join the group) until much later in the project. Their feedback has been enormously helpful around the science, how to communicate the science, and the risks of misinterpretation. They raised important flags about whether this type of research should even happen at all. It is good to be a scientist at an institution that welcomes debate, discussion, diversity, and disagreement. I wish we had started working with Out@Broad much sooner. Science is a way to advance our understanding of the world around us -- and engaging with the people we study enhances this scientific process.

To close, I return to Dr. Hirschfeld’s motto, “through science to justice.” It resonates with me, as a scientist, as a gay man, and as someone who deeply believes in social justice and equality. It is this spirit of learning about ourselves through scientific inquiry that I hope to honor. This is a major reason why we should welcome a deeper understanding of human sexual behavior and expression.

Benjamin Neale is an institute member at the Broad Institute.

Opinion: Seeking justice in the age of genomics and a call for higher ethical standards for research involving human populations
Master of microscopy