Opinion: Big data scientists must be ethicists too 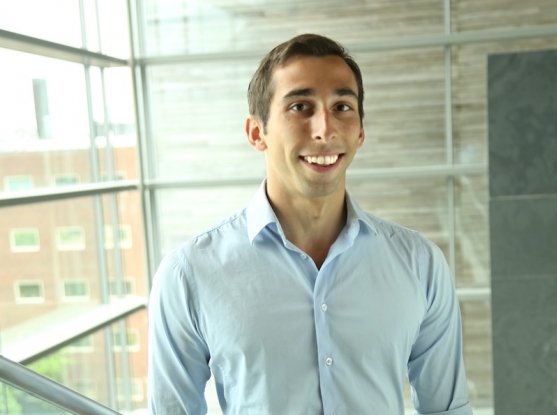 As a queer person and a geneticist, I struggle to understand the motivations behind a genome-wide association study on non-heterosexual behavior. On the one hand, sexuality is interesting to biologists, and the evolutionary context of non-reproductive sexual behavior in animals is not well understood. Perhaps by studying such behavior in humans with a genetic lens, we could begin to unravel some larger mysteries.

Curiosity alone, however, seems insufficient justification to probe the genetic basis of a human behavioral trait — and, by extension, an identity — that demarcates a vulnerable population, let alone to do so in a high-impact scientific journal. LGBTQIA+ people worldwide experience prejudice, and in many places the law either offers them no protection or institutionalizes sexuality-based discrimination. Fortunately, the Belmont Report, published in 1979 by the US National Commission for the Protection of Human Subjects in Biomedical Behavioral Research, provides a widely-adopted framework for thinking about such dilemmas. When a research study shows potential for harm, the principle of beneficence requires researchers to anticipate and mitigate any foreseeable outcomes. When a study's anticipated benefits fail to outweigh its anticipated harms, that study should not be performed. Institutional Review Boards (IRBs) widely enforce this standard for projects involving specimen collection; however, population geneticists (myself and the study authors included) routinely bypass IRB review by using public, de-identified datasets, which are consented broadly and are not subject to the same regulations.

One might believe that this study is warranted nonetheless because of its potential benefits. For example, such a study can further evidence of the biological reality of queerness (i.e., the idea that LGBTQIA+ identity and behavior is not a 'lifestyle choice,' as ostensibly demonstrated by earlier heritability studies) or shed light on different ways of thinking about its taxonomy. More generally, one supposes that such a project has the potential to open new avenues of inquiry, which could potentially improve clinical care for LGBTQIA+ people in the future. Basic research forms the foundation for applied studies, and its specific outcomes in any given case are difficult to predict. One might suppose that these potential positive outcomes, both for LGBTQIA+ people specifically and for society more generally, could provide justification for this research enterprise.

I have yet to see a compelling argument that the potential benefits of this study outweigh its potential harms. My strong intuition is that this study will be most enthusiastically touted by individuals unwilling to engage with the subtleties and limitations of its interpretation. A polygenic risk score for non-heterosexual behavior could easily be used to hurt queer people, regardless of its limited or lack of predictive value, and as scientists we should not be making it available for misuse. Highlighting genetic correlations with risk-seeking behaviors obscures the social context (and genetic substructure) of the dataset (i.e., its overlap in timing with the decriminalization of homosexuality in the UK, among other circumstances). In this way, the results presented not only oversimplify the question of biological causality, but also threaten direct damage by perpetuating the stereotype of LGBTQIA+ people as imprudent, while also likening same-sex attraction to a medical or psychological disorder. Thus, I see the potential harms of this study as both immediate and significant. With this in mind, I continue to struggle to find adequate justification or apt motivation for this study.

Many have noted that this data is freely available and the analyses could be done by any scientist, potentially individuals with a disregard for scientific rigor or nuanced communication. However, I imagine research attempting to prevent this possibility would spend more time focusing on the major limitations of such a study, a focus that would inevitably lead to publication in a lower tier journal. Of course, scientists don't make these decisions individually; resource-intensive research projects result from collaborations, and there are diverse professional circumstances that must be taken into account at the time of publication. Still, I would expect the principle of beneficence to apply, recognizing that the potential for harm grows in proportion to the popular media attention the study draws. Ostensibly, in a space where the professional ethos is 'publish or perish' and where clickbait studies get cited, that principle lacks sufficient compelling force.

I struggled to understand the motivations behind this particular study when I first learned about it at the American Society of Human Genetics conference in October of last year, and I have continued to struggle throughout ongoing conversations with the authors. I am disappointed in the Broad Institute’s choice to condone this study so-performed, and I am hopeful that this incident will catalyze a larger conversation about human behavioral genetics and about the regulation of research involving data from de-identified human subjects. The researchers I most admire are those who pursue understanding in order to effect good in the world around them. As scientists, we need to incentivize ethics better.

Joseph Vitti is a postdoctoral researcher at the Broad Institute.

Opinion: Weighing the positive and negative impacts of studies regarding sexual minorities
Opinion: Seeking justice in the age of genomics and a call for higher ethical standards for research involving human populations