The opening moves of HIV 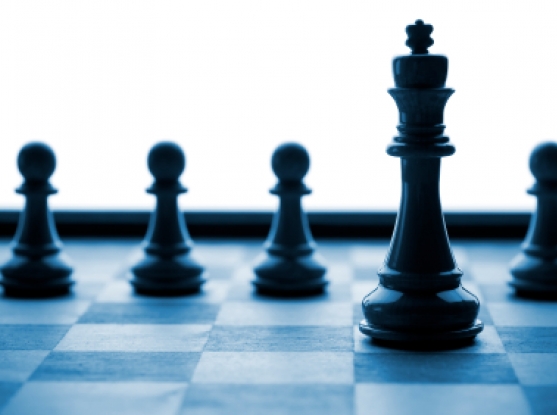 By Haley Bridger
Picture a game of chess between the immune system and HIV. For every move the immune system makes against the virus, its opponent adapts, changing the game and shifting the advantage. But what if you could turn the clock back and watch the first few moves of the game? What could you learn about the...

Picture a game of chess between the immune system and HIV. For every move the immune system makes against the virus, its opponent adapts, changing the game and shifting the advantage. But what if you could turn the clock back and watch the first few moves of the game? What could you learn about the virus from its opening moves?

Researchers from the Broad Institute and the Ragon Institute of Massachusetts General Hospital, MIT, and Harvard set out to take a careful look at a viral population during the critical time period just after infection.

Typically, after a person becomes infected with HIV, the viral load, or the number of copies of the virus, increases exponentially over a short period of time, then starts to decline before settling at a stable level, known as the viral set point. The viral set point of an infected patient is predictive of future disease progression to AIDS and some patients, known as elite controllers, are unlikely to develop AIDS as they naturally suppress the virus very efficiently (you can read more about studies of HIV controllers here).

“The extent to which viral set point is impacted by the inherent diversity of the infecting viral population is not known. Understanding how diverse the HIV population is at the time of set point and what genetic mutations have arisen will inform vaccine design,” says Matthew Henn, the lead author of a paper on this research appearing this week in PLoS Pathogens. Matthew is also the director of viral genomics at the Broad Institute.

Matthew and his colleague Todd Allen, the senior author on the recent report and an associate professor of medicine at Harvard Medical School, are interested in characterizing the makeup of viral populations at different stages during the course of an infection and in patients with different viral set points. Working collaboratively with the Broad Institute’s Genome Sequencing Platform, the team developed an ultra-deep sequencing strategy that allowed them to look at unprecedented resolution across the full HIV genome at all the genetic variants in a single infected host. To accomplish this, the team had to build a suite of computational tools that could assemble all the data derived from these genetically diverse populations and could also identify genetic mutations with high precision and accuracy.

“The innovation of our approach is its comprehensiveness. We get nearly a full genome picture, and the picture is high resolution,” says Matthew. “This gives us a more complete map of how the viral population is responding to immune pressure.”

The researchers found that a limited number of critical genetic changes occurred during the initial phase of infection during which viral set point occurs, and that the majority of changes happen in regions of the virus that the human immune system recognizes and responds to.

"These data reveal the ability of HIV to rapidly avoid front-line immune responses attempting to contain the infection," says Todd Allen, an associate member of the Broad Institute and a Ragon Institute faculty member, “And more importantly, they provide the tools to further understand why some individuals are unique in their ability to control HIV.”

The long-term goal of the team’s research is to use this knowledge to develop vaccines or therapeutics that can drive the viral population in a favorable direction for the host, enabling the host to control the infection and keep the viral load low.

“If we can start to put together a detailed map of how the virus responds to immune pressures and what paths it can take, we can start to think about how to design therapies or vaccines to steer the virus down the least favorable path for the virus,” says Matthew.