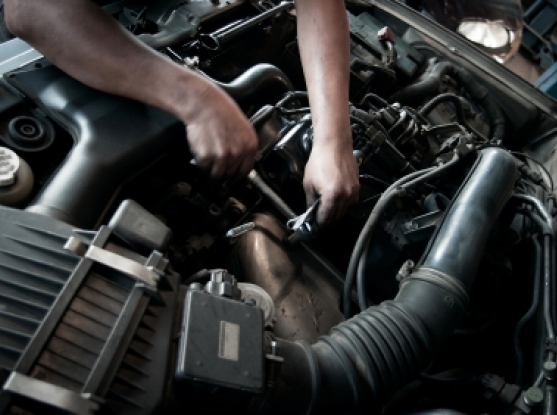 By Haley Bridger
Over the last year, researchers at the Broad and elsewhere have analyzed genes in over 100 samples of breast cancer, identified new pathways in head and neck cancer, uncovered new subtypes of prostate cancer, and revealed significant mutations in dozens of forms of cancer. Behind all of these...

Over the last year, researchers at the Broad and elsewhere have analyzed genes in over 100 samples of breast cancer, identified new pathways in head and neck cancer, uncovered new subtypes of prostate cancer, and revealed significant mutations in dozens of forms of cancer. Behind all of these studies lies a central tool developed by Broad researchers: MuTect. Used to detect point mutations – single “letter” alterations in the genome that may help twist a normal cell into a cancerous one – the MuTect algorithm is one of the engines powering cancer genome analysis. Tools like MuTect have helped drive the studies that grace the pages of Nature, Science, and other journals, but rarely make headlines themselves. This week however, a new paper in Nature Biotechnology focuses on MuTect, describing the method’s abilities and offering a test for comparing the sensitivity and specificity of different mutation-detecting tools.

“We know that point mutations are important drivers in cancer,” says Kristian Cibulskis, first author of the new study and manager of medical sequencing informatics and analysis at the Broad. Cibulskis began working on methods to detect these mutations when rapid sequencing technologies – now known as next-generation sequencing – first became available. “Researchers involved in cancer projects were early users of next-generation sequencing, and one of the first things they wanted to do was detect point mutations. The need was immediate.”

There are several compelling reasons for having a tool that can both accurately and sensitively detect these kinds of changes. One reason has to do with the way that cancer can evolve. A tumor is not uniform: instead, it can contain different populations of cells. A particular drug or treatment regimen might defeat the bulk of the cells that make up a tumor, shrinking it in size, but if a smaller, resistant population survives, it can grow and spread to other parts of the body. Being able to detect the low-lying mutations that can help these cancer cells resist treatment may be critical in staving off cancer’s return.

During its beta phase, over 100 researchers from all over the world put MuTect to use. This map shows the general locations of those users, with red circles indicating multiple groups of users.
Map generated using CartoDB.

Additionally, tumor samples collected from patients tend to be impure, containing a mixture of both cancerous cells and normal cells from the surrounding tissue. These normal cells can dilute the signal of point mutations.

“In the beginning, researchers would only process very pure samples knowing they would have the best chance to detect mutations,” Cibulskis recalls. MuTect’s sensitivity, however, now allows researchers to pinpoint mutations, even in diluted samples. “This opens the door to a lot more samples and sample collections.”

In addition to describing the algorithm itself, the new paper offers a way to rigorously evaluate and compare different detection methods. Using simulations, researchers can measure how well a method performs at picking up hard-to-detect mutations (sensitivity) and finding only true mutations in the data (specificity). Cibulskis expected their tool to perform well, but MuTect surpassed his expectations.

“When we performed the simulation experiment, which is unbiased, we found that MuTect was both more sensitive and more specific than other methods we tested,” he says. “I wasn’t expecting that.”

Cibulskis is a member of the cancer genome computational analysis team, directed by Gad Getz. In addition to MuTect, Getz’s team develops algorithms to detect all kinds of other genomic alterations, including insertions, deletions, rearrangements, and more. They hope that others will find their new benchmarking approach helpful in evaluating these kinds of tools as well.

MuTect and several other tools created by the group are now widely available to the research community. During the beta phase of MuTect, which took place over the last year or so, over 100 users from institutions around the world (see map) used MuTect to power their analyses. Cibulskis knows of about 25 papers that have been or will soon be published based on work done using the tool. Cibulskis and the rest of the team look forward to watching the community of MuTect users grow, hearing feedback, and seeing what kinds of projects their tool will enable.

Genome engineering gets CRISPR
Putting proteins in their place