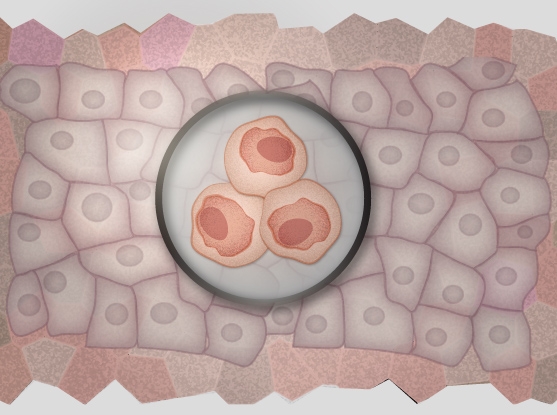 By Tom Ulrich
Researchers lack the cell line models they need to really dig into the biology of rare cancers. New efforts in in vitro modeling could change that.

Pediatric oncologist Andy Hong remembers the end of his first year of fellowship, when a number of patients were being diagnosed with rare cancers. “As our colleagues in pathology would put a name to the cancer, families would try to look up information about it. Often they’d come back to us saying, ‘We can’t find much about our child’s cancer, what are we supposed to do?’ It was very difficult for them and for the clinical team.”

According to Hong, a postdoctoral fellow in the Broad Cancer Program and a clinician at Dana-Farber/Boston Children’s Cancer and Blood Disorders Center, those experiences are more common than one would like to think. Rare cancers (cancers that arise in unusual sites or have uncommon molecular features) account for about 10 percent of all cancers in children and 20 percent in adults. The National Institutes of Health’s Genetic and Rare Disease Information Center lists more than 500 rare cancers and cancer-related conditions. Doctors often have no clear consensus for diagnosing and treating such cancers, and patients and families find little information from which to draw hope. Outcomes, as you might imagine, tend to be poor.

The situation needs to change, but at the moment, researchers lack the models — especially tumor-derived cell lines — needed to conduct basic biological studies and reveal the gaps in rare tumors’ defenses.

Hong is part of a team of Broad researchers and collaborators who want to remedy the situation. Their plan: to systematically engineer cell lines for as many rare cancers as they can get their hands on, and rigorously examine them for clues about the tumors’ strengths and weaknesses. A recent Nature Communications paper shows that their approach has a lot of potential.

Rare cancers have yielded fundamental insights into normal cell biology and what happens when that biology goes off track. Researchers found the first tumor suppressor gene, Rb, for instance, in an inherited childhood tumor called retinoblastoma, which affects about 500 children in the U.S. each year.

“Rare cancers can have genetic underpinnings that apply to other cancers,” according to Jesse Boehm, associate director of Broad’s Cancer Program. “Studying such tumors can help reveal broadly shared dependencies and therapeutic opportunities.”

The challenge is that rare tumors are exactly that: rare. The opportunities to collect patients’ tumor cells and adapt them to culture conditions are few and far between. “The most important thing is the patient and ensuring adequate tissue for the proper diagnosis,” Hong said. “At the end of the day, current protocols in pediatrics limit us to using only tissues that are otherwise going to be discarded.” In addition, most cancers do not take well to the culture flask.

Hong and Boehm think that advances in culture technology over the last few years have opened a window to culture cancers that researchers could not in the past. “We can start to ask, ‘Can we go back and try again?’” Hong said. “We can better support cells in culture and hopefully expand the repertoire of cell lines for study.”

A factory approach to model making

Broad’s Cancer Cell Line Factory (CCLF) is one effort to systematically build out a wide array of rare cancer cell lines. Led by Boehm, Yuen-Yi Tseng, and Paula Keskula, the CCLF is actively creating relationships with physicians and patients to obtain tumor samples from medical procedures and process the cells into immortalized models for research. 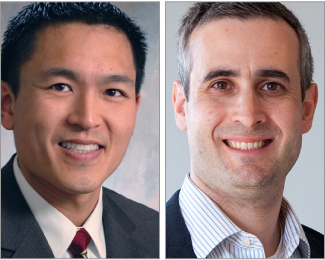 At the heart of the effort is Boehm’s desire to take a systematic approach to model generation at a large scale.

“Can we do with cell lines what was done for genome sequencing, take what was a very manual process and take advantage of new technologies to create an optimized, factory-scale operation?” Boehm asked. “That’s what we want to figure out.”

As the lines are developed and validated, they will be made available to the research community for basic and applied research. Already, the factory is prepping 20 rare pediatric tumor lines for dissemination; another 50 lines are being expanded for distribution, and dozens more are in the early stages of validation.

“We could do so much with these kinds of models,” Boehm said. “For instance, we want to create a massive dependency map that includes both common and rare cancers that would let us systematically test therapeutic hypotheses against all types of cancer. Those results could then fuel how doctors approach future patients.”

Boehm noted that sample acquisition and patient engagement are the hardest pieces of the puzzles. “That’s the fragmentary nature of rare cancers. Most hospitals see very few of them.”

That’s why he and his team are paying such close attention to efforts like the Metastatic Breast Cancer (MBC) project that take a direct-to-patient engagement approach. A joint project of Broad and Dana-Farber Cancer Institute (DFCI), the MBC project is reaching out to women with metastatic breast cancer through advocacy groups and social media, encouraging them to contribute samples and data for research. More than 2,000 women signed up in the project’s first seven months.

Boehm and his colleagues are designing a similarly proactive direct-to-patient outreach and online consent strategy for the CCLF.

“It’s 2016, and every cancer patient should have the opportunity to engage in research,” Boehm said. “I think that a comprehensive cancer dependency map and engaged patients are two halves of the whole of delivering precision medicine to all cancer patients in future decades.”

Hong’s Nature Communications paper — co-authored with Boehm and Tseng of the Broad, William Hahn of the Broad and DFCI, Broad alum Glenn Cowley (now at Janssen), and Oliver Jonas of MIT’s Koch Institute for Integrative Cancer Research — gives a taste of what this focus on rare cancer model development could help researchers to achieve.

The work started by deriving a cell line from a child with a rare sarcoma. Whole exome and RNA sequencing revealed several genetic translocations (genetic events where a DNA segment breaks off of one chromosome and fuses to another, often forming an oncogene in the process) within the cells, but nothing hinting at possible treatment approaches.

However, data from three functional screens — CRISPR knockout, RNAi knockdown, and small molecule inhibition — and subsequent animal studies converged on two proteins: XPO1, a nuclear export factor; and CDK4, a cell cycle enzyme. Interestingly, neither proteins’ genes have any known relationship to any of the translocations that came up in the team’s sequencing tests. 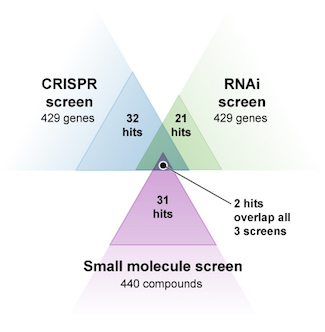 “We wanted to know, if we edit or knock out genes, silence or knock down mRNA, and inhibit proteins, what would we see? Would there be any overlaps?” Hong said. “If so, those overlaps would be more likely to be hits, not artifacts.”

“What makes this paper so exciting is that it shows that you can make a model from a rare tumor for which there aren’t any, and use it in a systematic way to study all of that tumor’s vulnerabilities across three completely independent testing technologies,” Boehm said. “And because the results arise at the intersection of all three, they’re less likely to be artifacts of the tests themselves.”

Scratching the surface of a possible future

With improvements in technology, growth in collaboration, and a desire among patients to be active participants in research, Boehm is bullish on the future of rare cancer cell modeling.

“This is an incredible renaissance for model creation,” he said. “The National Cancer Institute is launching a human cancer models initiative that is scaling up the efforts that the CCLF and other cell factories elsewhere have proven are possible, and we’re starting to show how you can standardize these protocols to increase success rates and reduce cost.”

Hong has hopes for a day when this kind of research approach — generation of a standardized cell model followed by integrative functional analysis — could be turned into a clinical one. But he is pragmatic about the fact that that day is far in the future.

“There are many steps we have to take to get to that goal,” he said. “While we are just scratching the surface to this problem, one can imagine that someday, maybe we could potentially get this kind of information back to patients and physicians as part of a trial.”

Reading vivax malaria’s global story in its genes
He said, she said, the data said: Coming to consensus on genetic testing