By Alice McCarthy
Ben Ebert is as fluent in the care of patients with blood disorders as he is applying the latest genomic technologies in his laboratory at the Brigham and Women’s Hospital and with colleagues in the Broad’s Cancer Program. It’s all part of the same mission for Ben—to understand blood disorders and...

Ben Ebert is as fluent in the care of patients with blood disorders as he is applying the latest genomic technologies in his laboratory at the Brigham and Women’s Hospital and with colleagues in the Broad’s Cancer Program. It’s all part of the same mission for Ben—to understand blood disorders and cancers at the genetic level to find ways to end the suffering of people with these illnesses.

Ben is among a group of associate members at the Broad who have the unique perspective of a physician-scientist. They usually spend some portion of their time working as a physician at their affiliated institutions but also are heavily invested in the outcome of cutting-edge research here at the Broad. This profile introduces an ongoing series we will be posting about Broad's physician scientists and the work they are doing in the clinic and the laboratory to make real differences in the pace and scope of medical advances.

In Ben’s case, his educational pedigree is unsurpassed: a Rhodes scholar at Oxford where he earned his PhD in molecular biology, a medical degree from Harvard Medical School, followed by internal medicine residency at Massachusetts General Hospital and a hematology/oncology fellowship at the Dana-Farber Cancer Institute. 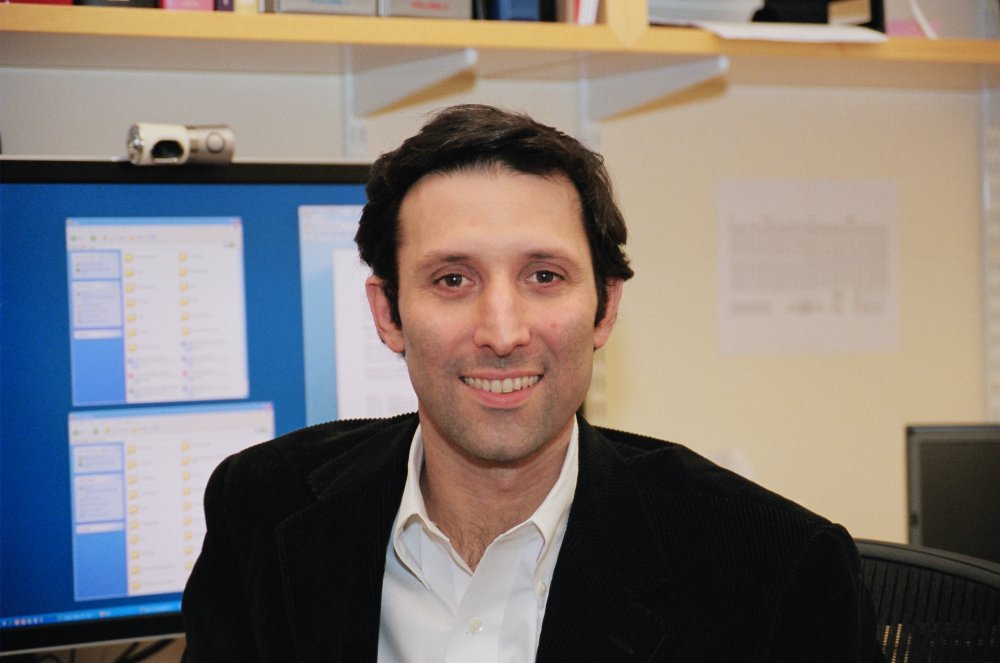 But Ben’s passion for understanding the fundamental genetics of blood diseases led him to further training at the Broad. He has been affiliated with the Broad since its founding, beginning when he was a postdoctoral fellow in the laboratory of Todd Golub, Broad founding member, and director of the cancer program. In thinking about what research to pursue as a postdoctoral fellow, Ben states “I was drawn to learn how to apply genomic approaches to human diseases, particularly those in which we had not made a lot of progress with current approaches,” he explains.

For the more than 20,000 patients who are diagnosed with the blood cancer known as myelodysplastic syndromes (MDS) each year, Ben’s decision to make MDS a primary focus of his research may ultimately personally impact their care. His goal of understanding the genetic basis of MDS has proven both timely and forward-reaching. His efforts have paid off and it could change the way patients with MDS are diagnosed, and perhaps even one day, the treatments they receive. Just last month, he and his team reported on the clinical impact of mutations in MDS. Of the 18 genes found to be mutated in MDS, five were found to be highly predictive of a poor prognosis independent of today’s clinical parameters. The next step is to see if they can link treatment outcomes with mutations in any of these particular genes – leading to a truly targeted approach to MDS treatment. (Read the paper here and the Broad news story here.)

Ben’s work with patients, other clinicians, and with medical students at Harvard Medical School where he teaches in the hematology course, often steers him to pursue a particular line of research as a scientist. “When I’m seeing patients, often there are research questions that come up that I wind up pursuing in the lab,” he says. But he spends the large majority of his time working as a scientist focused on advancing the diagnosis and treatments for patients with blood disorders. As an example, his lab’s research in sickle cell disease, initiated when he worked in the Golub lab, has led to a clinical trial involving a small molecule compound known as a histone deactylase (HDAC) inhibitor. (Read more about this science in a paper from Ben and other Broad colleagues).

Ben’s reputation as a leader in translating basic research in human disease to the clinic is widely recognized. Of those working in his lab now, almost half are physician/scientists like himself. Ben sums it up simply, “We all recognize the importance of getting at the genetic foundation of disease and want our work to translate quickly into better treatments in the clinic.”