Insights into drug resistance for a rare leukemia 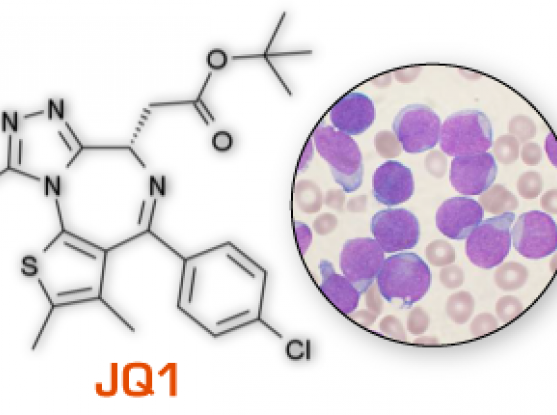 By Haley Bridger
What: For patients with T cell acute lymphoblastic leukemia (T-ALL), a rare form of blood cancer that mainly affects children and young adults, drug resistance poses a major threat to a promising treatment option currently in clinical trials. About half of patients with T-ALL have mutations in...

What: For patients with T cell acute lymphoblastic leukemia (T-ALL), a rare form of blood cancer that mainly affects children and young adults, drug resistance poses a major threat to a promising treatment option currently in clinical trials. About half of patients with T-ALL have mutations in NOTCH1, but drugs that target this gene have so far produced only short-lived effects: at first, the cancer seems to respond, but in a short period of time, T-ALL returns.

Broad researchers wanted to know how and why this happens. They found that cells cultured from T-ALL samples have the ability to switch back and forth from being sensitive to drugs that hit NOTCH1 to being resistant. This switching ability suggested to them that an epigenetic mechanism might be at play.

Epigenetics looks beyond our DNA sequence at other, stable factors that change our genetic instructions. Through a series of experiments, the research team found that one such factor, called BRD4, seems to be playing a critical role in the cells that show drug resistance.

“We were very excited about this finding because there is an inhibitor of BRD4 that is entering clinical trials at the moment,” said Birgit Knoechel, a postdoc in the Epigenomics Program and co-first author of the study being published in Nature Genetics. When Knoechel and her colleagues delivered a combination treatment of a drug that targets NOTCH1 and a drug that targets BRD4 in mice that had grafts of primary human leukemia cells, they saw consistently promising results.

Why: “Drug resistance in cancer therapy remains one of the major clinical challenges for both conventional chemotherapy as well as newer, targeted approaches,” said Knoechel. “Today, most researchers are looking for acquired somatic mutations that confer resistance. Only one previous study has pointed to an epigenetic mechanism of resistance. Our study helps to open up the field and illustrates the importance of considering epigenetic mechanisms of drug resistance.”

Who: Knoechel and Justine Roderick of the University of Massachusetts Medical School are co-first authors of the paper. Knoechel is a postdoctoral fellow in the lab of senior author Brad Bernstein at the Broad Institute and at Massachusetts General Hospital. Broad researchers from the Epigenomics Program, Cancer Program, Genetic Perturbation Platform, and Metabolism Program also contributed to this work.

Where to find it: Nature Genetics

For more : Read more about targeting NOTCH in a 2009 Broad news story and check out a BroadView video of Brad Bernstein talking about cancer and epigenomics.