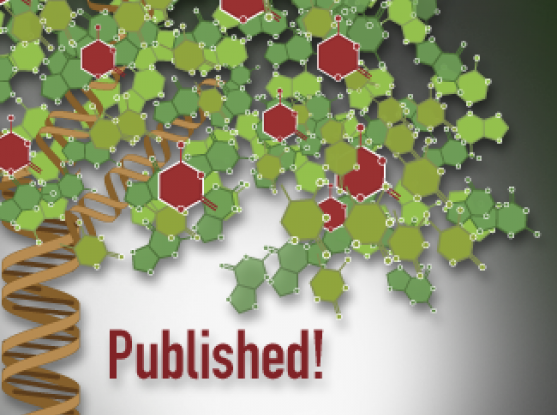 By Elizabeth Cooney
Authorship on a scholarly paper is coin of the realm in science. For the first time at the Broad Institute, two young men earned that honor for work they performed as freshly minted summer interns in a program for high-school students. Guided by Broad researchers Andi Gnirke and Dan Aird, both Wei-...

Authorship on a scholarly paper is coin of the realm in science. For the first time at the Broad Institute, two young men earned that honor for work they performed as freshly minted summer interns in a program for high-school students.

Guided by Broad researchers Andi Gnirke and Dan Aird, both Wei-Sheng “Jeff” Chen and Maxwell Danielsson are co-authors with their mentors and five Broad colleagues on a paper published last month in Genome Biology. Now leading the journal’s “most viewed” list, the paper analyzes ways to minimize the number of missing pieces of copied genomic sequences.

The Cambridge Rindge and Latin School students earned their places on the author line for their work over consecutive summers in the Broad’s Educational Outreach Program. They are the first but by no means the last to achieve this milestone, according to program director Megan Rokop. Other student co-authors have contributed to manuscripts still making their way through the publication pipeline.

Megan is not surprised.

“I expected this to happen. When you’re a scientist, publication at some point is an expectation, not a surprise. And these kids are scientists,” she said about the 35 students mentored since the program debuted in 2007. “I’m super excited, like a proud mother.”

If Megan wasn’t surprised, Max certainly was. He hadn’t realized that his six weeks of work last summer would result in publication until his mentors emailed him, asking for his permission and a review of the paper.

“At that point last fall, it didn’t sink in. But as soon as it came out and I saw the copy, it was real,” he said. “The first thing I did was send it to my dad and to my mom. Both of them are really proud.”

Jeff was also thrilled to see his summer’s work recognized.

“It’s definitely a pleasure to be a co-author of a paper that is an editor’s pick on Genome Biology,” he wrote in an email message from his native Taiwan. Taking a gap year before college, he is teaching English to middle and high school students and translating professors’ papers from Chinese into English. “Besides that, it’s just really cool to feel like I’ve become that much more ‘sciency’ by having seen my own research work published.”

The work that landed them in Genome Biology attacked different pieces of a well-known problem in genetic sequencing. When creating libraries of genome sequences using the polymerase chain reaction (PCR) method to copy DNA, certain regions of the genome aren’t amplified as they should be. These regions “disappear” in next-generation sequencing methods, prized for their cost-effective sequencing and re-sequencing of whole genomes, but limited in this one flaw called amplification bias.

Dan and Andi decided to break down the steps in the process by testing different variables involved. During Jeff’s six-week internship in 2009, that meant investigating different enzymes during sequencing. For Max in 2010, the task was testing different PCR machines to see which ones worked best.

The work Jeff and Max did, when combined with the rest of the team’s contributions, did not completely solve the nettlesome problem, but it paved the way for other researchers to find out what might be the best answer in their own labs with their own particular parameters. Certain combinations of enzymes may be optimal and setting PCR machines to ramp up more slowly and at lower temperatures may lessen damage to DNA, the students found. Using this approach could help others find their own best combination.

“It’s not discovering the structure of DNA, but it’s useful,” Andi said about the approach they describe. “I get the impression Jeff and Max liked it in the end. And they truly learned something: Science is not only cool, it’s also a lot of work.”

When each student first arrived at the Broad, Megan taught them and their peers how to wield a pipette and load a DNA gel. Dan gave Jeff and Max a crash course in molecular biology, and then they headed to the lab bench, where they gradually gained confidence and independence.

Max had his “Aha!” moment when he first saw a trend in the data he’d painstakingly gathered. Jeff succeeded when adjustments to the lab’s standard protocol led to more comprehensive sequencing results.

Their mentor Dan was pleased with what they accomplished.

“I was surprised at how much high school students could do and understand, given the proper environment and opportunity,” he said.

Each summer Megan watches with amazement as interns progress to become independent scientists after about four or five weeks.

“High school kids are really great at meeting the expectations set for them. Though some people may not set incredibly high expectations for these students,” she says, “I certainly do. I think they’re brilliant.”