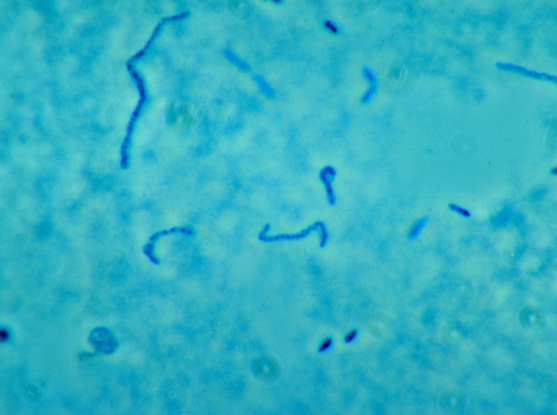 By Elizabeth Cooney
By now most of us have grown accustomed to – if not entirely comfortable with – the knowledge that we share our bodies with countless microbes. Good and bad, our skin, our mouths, and our guts teem with them. Scientists are now training next-generation sequencing technologies on these bugs, turning...

By now most of us have grown accustomed to – if not entirely comfortable with – the knowledge that we share our bodies with countless microbes. Good and bad, our skin, our mouths, and our guts teem with them. Scientists are now training next-generation sequencing technologies on these bugs, turning up surprises that may shed light on human disease, including cancer.

In one such discovery, a team from the Broad Institute and Dana-Farber Cancer Institute has found an association between Fusobacterium and colon cancer. Investigators in Canada independently found the same relationship using different methods; both teams have simultaneously published papers in Genome Research.

While neither group can say whether the microbe causes colon cancer or the cancer simply creates an environment hospitable to Fusobacterium, the scientists are eager to test their hypothesis that this newly identified pathogen may behave like other bacterial or viral infections that pave the way for other cancers.

“We found a single bacterium genus, Fusobacterium, whose DNA sequences are vastly over-represented in colon cancer compared to the non-cancerous colon,” said senior author Matthew Meyerson, senior associate member at the Broad and professor of pathology at Dana-Farber and Harvard Medical School. “I was utterly stunned by the clarity of the finding. It completely astonished me.”

The scientists weren’t looking for Fusobacterium. They were making use of Broad-invented software called PathSeq, described in this May 2011 Nature Biotechnology paper. The tool selectively pulls nonhuman DNA, including DNA from bacteria and viruses, out of samples collected from humans.

Aleksandar D. Kostic, a graduate student in the Meyerson lab and first author of both the PathSeq and Fusobacterium papers, said he and his colleagues have been running PathSeq analyses of all the sequencing data they could get their hands on, including work done in the Broad’s Cancer Program.

One set of cancer samples was unusual. Whole genome sequences from both colon cancer tumors and nearby normal colon tissue were obtained from nine people, making it possible to compare microorganisms living in tumors and in normal tissue in the same person.

“That meant you could compare a group of microorganisms that live in normal tissue to the microorganisms that live on the tumor, the idea being there are certain members of the microbiota which might be driving tumorigenesis or somehow important to the tumor,” Alex said. “We hypothesized those would be enriched in tumor tissue relative to normal tissue.”

After characterizing all the microorganisms, Fusobacterium was by far the most abundant microorganism in the nine tumors. The researchers then validated these findings in 95 pairs of cancer and normal tissue samples.

It’s too early to say there’s a cause-and-effect relationship between Fusobacterium and colon cancer, but the role of the bacterium in inflammation makes the association intriguing. Fusobacterium has been implicated in ulcerative colitis, an inflammatory syndrome of the colon that is a strong risk factor for developing colon cancer.

“We suspect there might be a link between the two diseases,” Alex said.

Fusobacterium has another interesting characteristic: Some of its strains are invasive, crossing through the one-cell-thick lining of the colon to live inside mucosal cells, rather than just living on the surface. The strains identified in the colon cancer tumors and in ulcerative colitis both fall into this invasive, intracellular category.

“It’s right there inside the tissue, part of the cellular community that makes up the cancer cell,” Matthew said. “Understanding the nature of that community is important in understanding what’s the behavior of the cancer.”

Alex and Matthew cite other examples in which pathogens promote cancer. The best known may be Helicobacter pylori, a bacterium that causes stomach ulcers and stomach cancer. That causal relationship was famously nailed down after a researcher actually drank a brew containing H. pylori and developed ulcers.

In the viral world, human papillomavirus has been shown to cause cervical cancer.

More work needs to be done to see if the Fusobacterium findings might fit a similar model.

“If the bacterium actually has a role in causing colon cancer, then this study could potentially lead to new methods both of treatment and prevention,” Matthew said.

Meet a Broad Physician-Scientist: Jose Florez
A menagerie of mammals