Getting smart about antibiotics 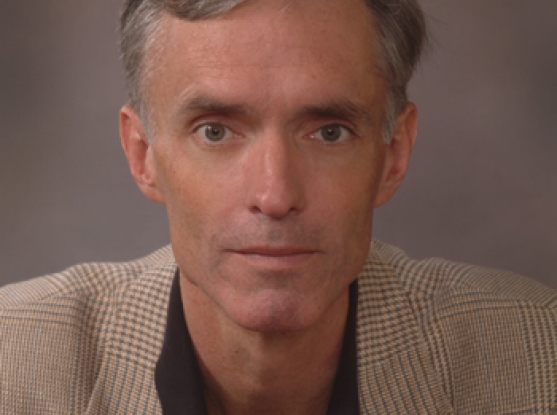 By Nicole Davis
Broad institute member James Collins demystifies how antibiotics work, laying a path toward smarter, more effective use of existing bacteria-fighting drugs The widespread use of antibiotics marked a major turning point in medical history. Bacterial infections that once disfigured or killed their...

The widespread use of antibiotics marked a major turning point in medical history. Bacterial infections that once disfigured or killed their hosts could be neutralized simply, swiftly, and, for the most part, safely.

Now, eight decades later, the unbridled enthusiasm that once surrounded these “wonder drugs” is tempered by some harsh realities. Many antibiotics are losing their effectiveness, driven into obsolescence by microbes that have grown resistant to the drugs’ effects. In fact, strains of bacteria are circulating that can withstand all available therapies designed to neutralize them, fueling the emergence — and re-emergence — of deadly infections. At the same time, most pharmaceutical companies have abandoned their antibiotic discovery programs, discouraged by empty pipelines and business models that favor therapeutic development for more chronic conditions, such as cancer, heart disease, Alzheimer’s disease and others. Recognizing these worrying trends, leading public health agencies, including the CDC and WHO, recently sounded the alarm, calling for efforts to quell the impending public health crisis.

Yet remarkably, all of this is unfolding against a backdrop of relatively little in-depth, systemic knowledge about antibiotics’ effects. Broad Institute member James Collins and his team are on a mission to change that.

“One of my laboratory’s major efforts is to harness systems engineering approaches to better understand how antibiotics are acting,” explains Collins, who is also the Termeer Professor of Medical Engineering and Science and Professor of Biological Engineering at MIT. “We want to know what is happening inside a bacterium when it gets exposed to an antibiotic — which systems are being turned up and which are being turned down.”

By gaining a deep understanding of how antibiotics act on bacteria, Collins hopes his work will bring about a fundamental shift in how we approach their use. That includes developing strategies to boost what we already have — combining existing antibiotics with other drugs, for example, to increase their effectiveness — and devising methods that, from a moment a new antibiotic is introduced, can circumvent its path to resistance.

It’s all about metabolism
Collins melds diverse scientific worlds, combining approaches in engineering, physics, molecular biology, and microbiology. A prominent theme to emerge from his laboratory’s antibiotics research is that the drugs are doing much more than was once believed, and that these newly appreciated roles coalesce around bacterial metabolism.

Conventional wisdom holds that antibiotics target an essential process in bacterial life— the ability to copy or replicate DNA, or to build up their cell walls, for example. Block one of these key processes, and the cells die.

“Our work says there is more to it,” says Collins. “It’s not that those things don’t happen, but the resulting death process is much more complex than we thought.”

Rather than focusing on one metabolic gene or one pathway, Collins’ and his colleagues are taking a broader, systems-level view to look at every gene and pathway. Using high-throughput approaches to systematically probe the full universe of metabolic processes in bacteria, they are learning that the metabolic state of a bacterium is crucial, and influences bacterial susceptibility to antibiotics. Moreover, this state can be altered — by antibiotics, by the bacteria themselves, and by other forces — in ways that can either increase or decrease antibiotic effectiveness.

License to kill
In a paper published last year in Cell Reports, Collin’s group took a deep look at a major class of antibiotics, known as bactericidals. These drugs kill bacteria, while the other major type (known as bacteriostatics) inhibit their growth. To understand how bactericidals affect bacterial metabolism, the scientists exposed Escherichia coli to representatives from three distinct groups of bactericidal drugs — β-lactams, aminoglycosides, and quinolones — and then profiled the microbes’ full set of metabolic processes (also called the metabolome).

The different drugs showed similar metabolomic effects during the early phases of treatment, dialing up some pathways and suppressing others. For example, essential metabolism, which includes the core metabolic pathways that process sugars, such as glycolysis and the citric acid cycle, was ramped up. On the other hand, the metabolism of nucleotides (the building blocks for DNA and RNA) and lipids (such as fats and fat-soluble vitamins) were tamped down.

Importantly, the researchers also noticed an increase in damaging molecules linked with oxidative stress. They found significant oxidative damage to major macromolecules, including proteins, lipids, DNA, and RNA. “So, in the face of antibiotic treatment, we see that these bugs will produce molecules that directly damage some pretty important components,” says Collins. “I think that goes a long way toward supporting this idea that there are metabolic changes that contribute significantly to bacterial death.”

Making the best of what we’ve got
In another recent study published in the Proceedings of the National Academy of Sciences, Collins and his colleagues set out to do some head-to-head comparisons, examining the effects of bactericidals and their non-killing, but growth-inhibiting counterparts, the bacteriostatics.

The motivation behind this work stretches back several decades, when clinicians first observed that bacteriostatic-bactericidal drug combinations appeared to block bacterial killing. That is, bacteriostatics seem to interfere with the lethality of bactericidals. Exactly how this happens, however, is not clear. Collins and his team sought to find out, shedding light on how these drugs work and how they might be made to work better.

“We had previously shown that if you look at measurements of cellular respiration, in particular oxygen consumption, it goes up significantly with ‘cidal treatments,” says Collins. “In this study, the question was, ‘what happens with the ‘statics?’”

In weighing these findings, the researchers wondered if they could find a way, separate from the bactericidals, to accelerate cellular respiration. They discovered that if they tinkered with a key respiratory pathway in the cells — uncoupling it from energy production — they could significantly increase respiration. When bactericidals are added into the mix, which also enhance respiration, Collins and his colleagues observed a significant rise in the drugs’ killing effects. Their findings offer some important therapeutic insights, such as how to combine antibiotics in ways that are likely to be most effective, and how novel therapeutic combinations might lead to new inroads against challenging microbes.

“In addition to the implications for combination therapy, our work also speaks to the notion that you can target metabolism, specifically respiration, as a way to boost the effectiveness of antibiotics — including those against difficult-to-treat pathogens, such as TB,” says Collins.

Protect and preserve
Unfortunately, the problem of antibiotic resistance is not likely to disappear anytime soon. The principles of evolution essentially guarantee that as long as there are antibiotics, there will be bacteria with strategies to outwit them. Moreover, infections remain a significant global threat. They account for a third of all deaths worldwide.

In that light, what is urgently needed are methods to increase the power of the antibiotic arsenal we already have as well as ways to protect and preserve any new drugs that emerge in the future. Collins’ sees important stepping stones in the work his team has already put forth, and the work they have yet to do.

“I do think there is a direct link between antibiotic efficacy and bacterial metabolism that has been underappreciated and underexplored,” says Collins. “If that idea holds, and evidence is growing that it is indeed relevant, then we could target metabolism as a way to boost antibiotics’ efficacy.”

Deciphering chromatin: Many marks, millions of histones at a time
A massive approach to finding what's "real" in genome-wide association data