Genetic causes of disease within reach of TALENs 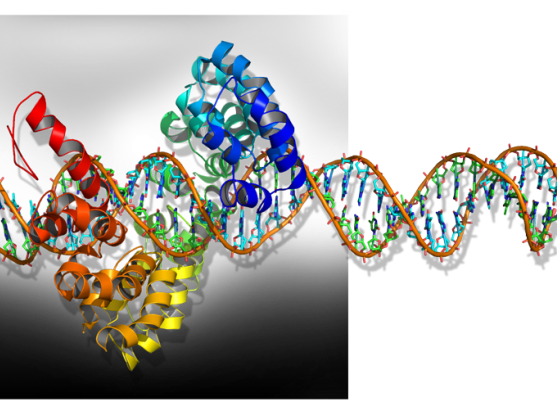 By Haley Bridger
Most likely, German physician Robert Koch never dreamed of genomes. When he died in 1910, Koch certainly didn’t know that a century later his work would still have echoes in the research of physicians and geneticists interested in our genes’ inner workings and how the code within us leads to...

Most likely, German physician Robert Koch never dreamed of genomes. When he died in 1910, Koch certainly didn’t know that a century later his work would still have echoes in the research of physicians and geneticists interested in our genes’ inner workings and how the code within us leads to disease.

Koch lived in an age when physicians were only beginning to understand how humans became ill from external causes. For centuries, the root causes of diseases like tuberculosis and cholera were shrouded in mystery. Theories and superstitions – bad air, an imbalance of the humors – abounded, but no strategies existed to either confirm or invalidate them. In the 19th century, Koch came up with criteria that could be used to precisely and definitively identify the pathogens that caused these illnesses and many others. Known as Koch’s postulates, these criteria suggest how to isolate a decisive variable (bacteria, virus, etc.) and introduce it into a healthy host, reproducing disease.

Today, we have a clearer understanding of the bugs that make us sick, but we struggle to identify the causative agents within our genomes that may predispose us to or instigate disease. Using next-generation sequencing and large-scale experiments such as genome-wide association studies, scientists can generate lists of thousands of possible genetic quirks that differ between healthy individuals and those with a particular disease. However, being able to identify which of these genetic differences play a critical role in disease has been very difficult.

Kiran Musunuru, a Broad associate member, describes this as a needle in a haystack problem. “This is one of the biggest challenges that’s facing the field of genetics right now,” Musunuru explains. “Every individual has a large number of variants, which means if a person has a particular disease, you have no way of knowing if any one of those particular mutations is responsible.”

For many years, genetic researchers have wanted a clean way to apply the same concepts Koch used to identify root causes. If they could simply insert a suspected mutation into a healthy model organism or cell and look for signs of disease, they would be able to definitively determine causation.

That’s where TALENs come into play. Transcription-activator like (TAL) effectors are a genome-editing tool. Just as one might use the “Find” feature to search a Word document for a particular string of letters, TAL effectors will search for and bind to a specific site in the genome (read more about TAL effectors here). Researchers can even build a TAL effector that can then insert a particular stretch of DNA into the genome (this is thanks to an enzyme known as a nuclease – hence the acronym, TALEN). If scientists know of a particular site in the genome they would like to disrupt, they can design a custom TALEN and carry out an experiment in as little as a month.

For example, TALENs allow researchers to start with healthy stem cells, insert a mutation, and look for signs of disease in the resulting cells. Feng Zhang, a core member at the Broad Institute, brought this intriguing technology with him when he joined the Broad a couple of years ago. Zhang developed a protocol for how to design and engineer TALENs, which he made available not only to the Broad community, but also to researchers the world over. Musunuru, who runs a lab at Harvard jointly with Broad associate member Chad Cowan, and his colleagues have been using TALENs for the last two years.

“We now have a technology that allows us to introduce changes in the genome in a very efficient and rapid way,” Musunuru says. “TALENs aren’t a new concept, but they turn out to be much easier to work with and more versatile in their application than previous tools, and you can essentially construct these things in a few days and use them.”

In a paper appearing in Cell Stem Cell this week, Musunuru and colleagues report inserting mutations into 15 different genes into stem cells cultured in the dish. They then looked for signs of the diseases thought to be tied to some of these genes and found promising results.

One of the genes the team looked at is AKT2. Last year, a European research team published a paper on three patients with a rare clinical syndrome. All three had low blood sugar levels but were obese. (This rare syndrome is not to be confused with type 2 diabetes, in which patients have high blood sugar and obesity.) The European research team found that all three patients had mutations in the AKT2 gene and formulated a hypothesis about the role the gene may be playing, but could not definitively prove causation. Musunuru and Cowan’s team took healthy, normal stem cells and, using TALENs, inserted the AKT2 mutation. When the team grew up these engineered cells as liver cells, they produced less sugar than their healthy counterparts. When the researchers coaxed the cells to mature into fat cells, they slurped up and stored sugar, turning it into fat molecules. Taken together, these results from the liver and fat cells mirrored what was seen in the patients: low blood sugar levels paired with increased fat production.

The researchers had done exactly what Koch’s postulates stipulated: they had taken a patient’s mutation, inserted it into a healthy cell, and measured a cellular response akin to the patient’s symptoms.

“Effectively, what we’re able to do is see the report of a patient who has a particular mutation, and make cellular models that have phenotypes that explain what’s going on in the patient without ever having to touch the patient, which I think is a remarkable thing,” says Musunuru.

Musunuru and his colleagues hope that their system will allow any investigator to target genes in human cells (stem cells or otherwise) in as little as one month. They are making the entire system available to the scientific community through Addgene and look forward to watching the use of these tools evolve.

“This technology will scale and it will eventually get cheaper and a little faster,” Musunuru explains. “We’re not far from the point where the functional studies will be able to keep pace with the discovery of mutations.”

An image of Ebola emerges
Five Questions for Mitch Guttman