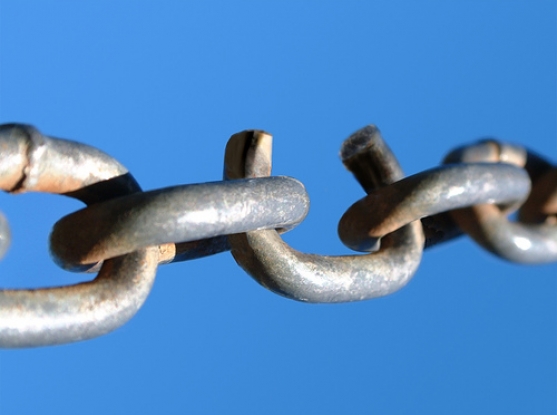 By Alice McCarthy
Just yesterday, a new pape r from the Project Achilles team appeared online in the Proceedings of the National Academy of Sciences . Researchers examined over 100 tumors, including 25 ovarian cancer tumors in search of genes and mutations fostering cancer growth. The team found that nearly one-...

Just yesterday, a new paper from the Project Achilles team appeared online in the Proceedings of the National Academy of Sciences. Researchers examined over 100 tumors, including 25 ovarian cancer tumors in search of genes and mutations fostering cancer growth. The team found that nearly one-fifth of the ovarian tumors harbored mutations in the PAX8 gene. (Read the Broad press release here for more details.) Ultimately, studies like Project Achilles should provide insight into the functions and vulnerabilities of many cancer types.

The recent paper and others like it mark a turning point in the field: in addition to cataloging genetic alterations, researchers can now look at how these altered genes operate in cancer cells. They intend to combine these two kinds of studies to narrow in on the weak points of errant cancer cells (you can read more about rapid advances in the discovery of genetic alterations in cancer here).

In a review paper published this month in Nature Reviews Genetics Jesse Boehm, assistant director of the Broad’s Cancer Program and Bill Hahn, Broad senior associate member and associate professor at Dana Farber Cancer Institute and Harvard Medical School, discuss how to find out everything possible about cancer genes and all of their functions and interrelationships with other cells and pathways in the body. They outline two important and related goals; one is to understand the biological consequences of particular cancer mutations, while the second is to understand the vulnerabilities – or “Achilles’ heels” – of tumors harboring particular mutations.

To accomplish the first goal, scientists must have tools for turning on and off all candidate genes to study how signaling pathways in tumor cells are altered in response to these changes. In a separate paper recently published in Nature Methods, Jesse and colleagues in the Broad’s RNAi Platform describe how a particular technique that turns genes on can be helpful for targeted experiments and large-scale screening on a genome level (read more about these tools – known as ORFs – in a blog entry here). This technology can now facilitate the type of experiments that are necessary for understanding the function behind mutations found in cancer genomes. Once all major cancer gene mutations are found, which Jesse expects will realistically be achieved in the very near future, tools and experimental assays need to be in place to functionally analyze all of this information.

To accomplish the second goal, Jesse and Bill suggest that one way to find the Achilles’ heels of tumors is to devise a high-throughput manner of mapping out all of the dependencies of tumors harboring particular mutations. “If you target one of these dependencies you may therefore wipe out the cells harboring mutations that rely on it,” Jesse explains. “We want to cast a wide net to find all proteins that could be good drug targets in tumor cells that harbor individual mutations.” Indeed Project Achilles aims to do just that.

Jesse adds that from his perspective, the future of clinical decision-making for cancer care is to take a biopsy from the tumor of a patient, to sequence that tumor’s genome to see what mutations the tumor has and to administer a cancer therapy or combination of therapies that is known in advance to be effective at fighting tumors with the combination of mutations found in the individual tumor. “It is finding the relationship between mutation and dependence that is really critical. That is a major goal of cancer functional genomics and many members of the Broad Cancer Program are focused on making this goal a reality.”

Word of the day: Biomarkers
Engineering the liver