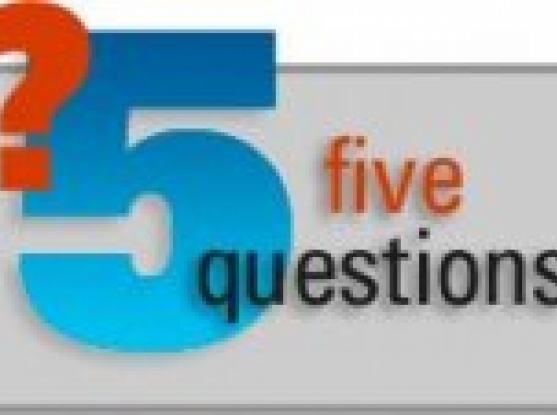 Senior associate member Matthew Meyerson recalls the line that opens the novel Anna Karenina: “Happy families are all alike; every unhappy family is unhappy in its own way.” Just like unhappy families, every cancer genome that he and his colleagues study is abnormal in its own way. But by looking across cancer samples and cancer types, researchers are beginning to appreciate cancer’s patterns of convergence. In fact, researchers are less interested in the singular mutations that make a cancer genome unique – most of them are red herrings, unimportant quirks that accumulate in the cancer genome. Instead, they are homing in on “driver” events – the critical, convergent changes that allow cells to grow unchecked. But in a sea of mutations, how do you distinguish the events that drive cancer from the passenger events that are simply along for the ride? This may be one of the simplest but most challenging questions that researchers are trying to answer.

Matthew Meyerson, who is also Director of the Center for Cancer Genome Discovery at Dana-Farber Cancer Institute and a professor of pathology at Harvard Medical School, leads a team dedicated to discovering and understanding the genomic alterations that cause cancer. Earlier this year, he and his colleagues at the Dana-Farber/Harvard Cancer Center received the 2010 Team Science Award from the American Association for Cancer Research for their innovative work that aims to advance our fundamental understanding of cancer and the detection, diagnosis, prevention, and treatment of the disease.

Q1: What sparked your interest in studying the molecular biology of cancer, especially lung cancer?

MM: When I was a third year Harvard Medical student doing a rotation at Massachusetts General Hospital, I took care of a lung cancer patient who had obviously known he was quite ill for a while and had delayed going to a physician. I could understand why he hadn’t sought medical care. It might not help him. That made me realize how incredibly limited our options were for cancer care at that time, especially for the major cancers of adulthood. This was early in the days of the molecular biology revolution. My commitment to cancer research pretty much stems from that time.

Q2: In 2004, you were part of one of three groups to report on an important mutation in lung cancer that influences whether or not a patient will respond to the anti-cancer drug gefitinib (Iressa), which inhibits enzymes called kinases that are known to play a role in cancer. How has this discovery influenced treatment of the disease?

We knew that Iressa was a protein kinase inhibitor that could be used as a cancer treatment but no one knew why. No one knew the mechanism. Some patients were having these incredible dramatic responses. The patients who were responding were Japanese patients more than American patients, women more than men, and non-smokers more than smokers. We sequenced the kinases from samples provided by Hidefumi Sasaki, and found a mutation in EGFR, in the kinase domain in a Japanese woman non-smoker. This told us that we were onto a potential explanation for the response to Iressa as well as finding a new oncogene. When we sequenced EGFR kinase domains from Iressa-treated patients, all of those who were Iressa responders had the EGFR mutation and all of those who did not respond did not have the mutation.

Q3: In addition to looking for genetic mutations, your team has developed tools to find cancer-causing microbes. What are some examples of cancers that are linked to microbial infections?

Q4: Much of your work spans multiple institutions and you hold positions here, at Dana-Farber, and at Harvard Medical School. What role does this type of collaboration play in ongoing cancer research?

I think that the collaborations run in both directions, bench to bedside and bedside to bench. To do disease-oriented research, there’s an enormous opportunity for collaboration between disease experts and people with expertise in genome biology. What’s unique about the Broad is the open structure of collaboration, which has a big influence on the Boston medical community and beyond. It also has an incredibly strong computational biology program.

Q5: What questions in the field of cancer research do you hope will be answered in the coming years?

Very simply, what are the genomic events that cause cancer? What are the treatments specific for each genomic event? If you have a genomic alteration causing cancer, then you want to have a drug whose activity disrupts that mechanism.

But it is a measurable, tractable problem and there are a lot of people working on it. And we have tools. Not the least of which are the genomic tools that are very powerful for this purpose.

All creatures great and small, and furry and cold-blooded and fungal…
In memory of Taj the elephant