Epigenomics roadmap: where the road has led 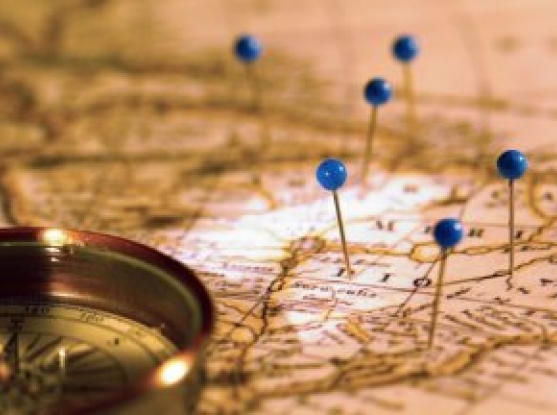 Road map
By Veronica Meade-Kelly
The completion of the human reference genome over a decade ago served as a springboard for countless studies of genetic variation and its role in disease, but understanding how the body operates at the DNA sequence-level isn’t enough to resolve some of the finer points of human biology...

The completion of the human reference genome over a decade ago served as a springboard for countless studies of genetic variation and its role in disease, but understanding how the body operates at the DNA sequence-level isn’t enough to resolve some of the finer points of human biology. Specifically: how can the same sequence of genetic code give rise to over 200 different cell types that perform distinct biological functions? And how might the processes that give rise to that functional variation contribute to human disease?

Many of the answers to these questions are thought to lie in the epigenome – the collection of chemical changes to DNA and its supporting proteins that happen “on top of the genome.” These changes can affect how genes are turned on or off within a cell, altering gene expression and biological function. The field of epigenomics is dedicated to examining these biochemical and environmental factors to determine how they alter our genetic instructions – and what role they might play in disease.

"The epigenome brings the genome to life," said Manolis Kellis, an institute member of the Broad Institute of MIT and Harvard and professor of computer science at MIT. "All of our cells have a copy of the same book of life, but they’re each reading different chapters, bookmarking different pages, and highlighting different paragraphs and words. By reading these marks, we get an unprecedented view of the inner workings of each cell type."

In 2008, the NIH invested in an exploration of the epigenome, launching its Roadmap Epigenomics Mapping Consortium. The project set out to produce a public resource of human epigenomic data that would help fuel basic biology and disease research. This week, the journal Nature published a suite of papers that serve as a collective update of the consortium’s findings and ongoing progress. The effort garnered attention from The New York Times, Boston Globe, and other media worldwide.

Among the publications were several penned by researchers from the Broad. The institute serves as one of four Reference Epigenome Mapping Centers (REMCs) for the NIH Consortium. As an REMC, researchers at the Broad leverage high-throughput sequencing techniques to help pinpoint the genomic locations of the various chemical tags (or “marks”) that signal where epigenomic changes are taking place. These technologies have helped them create comprehensive maps of the human epigenome in over 100 cell types that have been openly shared with others in the consortium, and with research scientists worldwide.

So far, the data has been used to probe the role of epigenomics in the development and function of different cell and tissue types, and to explore the biological context of diseases such as autoimmune disorders, Alzheimer’s disease, and cancer.

“The consortium has generated a powerful dataset that illuminates functional parts of the genome and their roles in specific tissues and cell types. The resource is impacting diverse areas of biomedical research – most notably the study of noncoding genetic variants associated with common diseases,” said Brad Bernstein, an institute member of the Broad and co-principal investigator of the Broad REMC.

Among the Broad-authored publications appearing this week in the Nature special issue and other Nature journals were:

A foundational, integrative analysis of 111 reference epigenomes assembled by the consortium.

Kellis led this effort, which established a global map of regulatory elements – the biological features across the epigenome that are involved in controlling when and where genes are turned on or off in diverse cell and tissue types. That paper, which was covered by MIT News, Washington Post, and other outlets, also described the role of these regulatory elements in human disease, showing that genetic variants linked to common traits and disorders are especially enriched near epigenomic marks in relevant tissue types – a finding that could be especially useful in identifying cell types that are likely related to a disease.

Broad senior associate member Alex Meissner led studies that examined how the epigenome influences the development (or differentiation) of stem cells into different cell types. In one paper, his team investigated mechanisms that regulate cell-fate decisions using an approach they developed that tracks the “epigenetic footprints” in distinct neural progenitor cell stages as they emerge from human embryonic stem cells. That study was highlighted in The Economist. A second paper, also led by Meissner, charted where, when, and how gene regulatory proteins (transcription factors) bind to the genome to better understand the mechanisms underlying stem cell differentiation.

In a separate study published in Nature Biotechnology, Kellis and one of his former postdocs, Jason Ernst (now an assistant professor at UCLA) leveraged the correlations found across epigenomic marks called “histone marks” and across different cell types in order to predict missing marks in new cell types. They found that the imputed datasets were a very good match to observed data, providing a powerful quality control metric when the two disagreed. This allows researchers to prioritize a small number of marks in additional cell types, and to generate more robust versions of observed datasets that leverage large numbers of experiments simultaneously.

Applications of epigenomic analyses to research on human disease.

Bernstein, who is also a professor of pathology at Harvard Medical School and Massachusetts General Hospital, led a study, along with Yale’s David Hafler, that used genetic and epigenetic approaches to create molecular maps of various cell types that helped them home in on the genetic variants involved in 21 different autoimmune diseases, including Crohn’s disease and rheumatoid arthritis. The story was covered by Yale News.

Shamil Sunyaev, a Broad associate member and professor of medicine at Harvard Medical School and Brigham and Women’s Hospital, and co-senior author John Stamatoyannopoulos of the University of Washington, led a separate study that leveraged the consortium’s epigenomic maps to study the effect of chromatin on cancer mutation and devise a way to trace a tumor back to its cell type of origin. The findings were outlined in a press release, and featured in The Boston Herald.

Also, Kellis, along with Li-Huei Tsai, director of the Picower Institute for Learning and Memory, led a study on the epigenomic alterations occurring during disease progression in a mouse model of Alzheimer's disease, revealing a link between the the disease and regulatory regions involved in immune response. MIT News wrote a story on the paper.


The researchers involved in the project say the research efforts fueled by the Broad REMC are ongoing.

Meissner, who is also an associate professor in the Harvard University Department of Stem Cell and Regenerative Biology and co-principal investigator of the Broad REMC, says: “The next steps will be to build on this powerful foundation and functionally explore the role of the elements that have been identified to improve our understanding of what defines cellular identities.”

Understanding the epigenome’s role in shaping each cell type puts us one step closer to knowing what may have gone wrong leading to the development of disease. This, in turn, offers new targets for potential therapeutics.