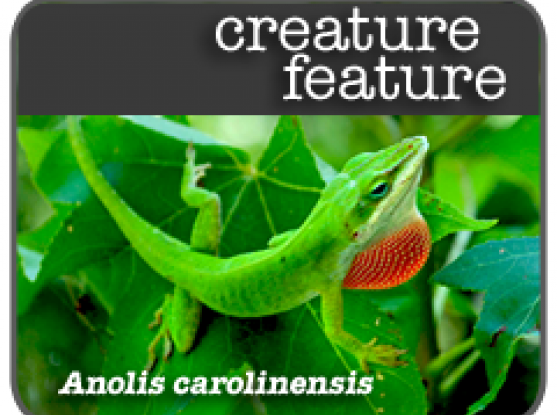 By Haley Bridger
Usually, I'm disappointed when I email someone and immediately get an out-of-office message back, but this reply, from Harvard professor Jonathan Losos , made my day: "I'm wrangling lizards in Ecuador. In the mountains, where it's cool. Back in my office August 24. If you don't hear from me by then...

Usually, I'm disappointed when I email someone and immediately get an out-of-office message back, but this reply, from Harvard professor Jonathan Losos, made my day:

"I'm wrangling lizards in Ecuador. In the mountains, where it's cool. Back in my office August 24. If you don't hear from me by then, you might try me again."

Jonathan is one of the authors of a Nature paper published this week that unveils the first lizard genome ever to be sequenced. The work represents a collaboration between scientists in the lizard research community – like Jonathan – and researchers from the Broad with expertise in sequencing, assembling, and analyzing the genomes of vertebrates from various branches of the tree of life. The Broad team that led this effort is made up of of biologists – including Jessica Alföldi, Kerstin Lindblad-Toh, and Federica Di Palma – and computational biologists who developed the tools for analyzing the genome.

Anolis carolinensis – a small, insect-eating lizard native to the southeastern United States – can be found on a relatively unexplored branch of the vertebrate tree. To date, the only other reptile species to have had their genomes sequenced are three birds (yep, birds are considered reptiles): chicken, wild turkey, and zebra finch. Reptiles and mammals parted evolutionary ways about 320 million years ago, placing lizards at an excellent distance for learning about the evolution of certain elements of the human genome. Already, intriguing clues are beginning to jump out of the research (read more in the Broad’s press release or original Nature paper).

Anole lizards have interesting genomes and lots of other fascinating properties, as well. Anoles have excellent color vision – they can even see in the ultraviolet range – and previous studies have shown that they are able to distinguish among colors and patterns. Males, and females of some species, display brightly colored flaps of skin beneath their chins called dewlaps. Lizards must discern between dewlaps to pick a mate of the same species. (You can check out a dewlap “collage” here.)

The green anole lizard is part of an extensive group of lizards. There are over 400 species of anoles living in the southern part of North America, Central America, the Greater Antilles, and the northern part of South America. Evolutionary biologists are interested in how these species have evolved on the four major islands in the Greater Antilles – Puerto Rico, Jamaica, Hispaniola, and Cuba. Each island is home to a diverse community of lizard species. Some lizards have short legs and can walk along narrow twigs; others are green in color with big toe pads suited for living high up in trees; others are yellow and brown and live in the grass. Although you can find examples of each of these kinds of lizards on the four islands, it appears that each type has evolved entirely independently on each island. The complete genome of the green anole lizard sets the stage for the research community to find out more about how lizards have adapted and radiated throughout the Caribbean.

If you want to learn more about anoles (Did I mention they can regenerate their tails? And they can hang from a leaf by the incredible sticking power of a single toepad?), you can check out the Anole Annals, a blog that’s written and edited by scientists who study Anolis lizards.