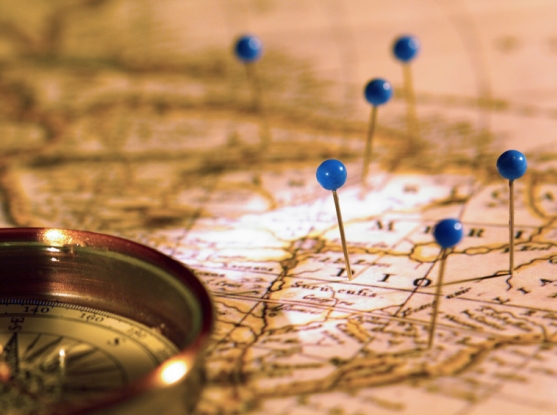 By Leah Eisenstadt
In science, sometimes you need to dive deep to see the big picture. Scientists at the Broad Institute have demonstrated this time and again, enabling biological discoveries by generating dense maps, such as the survey of thousands of epigenetic marks on DNA across the human genome conducted as part...

In science, sometimes you need to dive deep to see the big picture. Scientists at the Broad Institute have demonstrated this time and again, enabling biological discoveries by generating dense maps, such as the survey of thousands of epigenetic marks on DNA across the human genome conducted as part of the ENCODE project.

A team led by Broad researchers has recently created the first high-resolution map of another epigenetic landscape – the RNA epigenome, also known as the “epitranscriptome.” The work appears in the December 5 issue of Cell.

It’s been known since the 1970s that RNA, like DNA, can be tagged with methyl groups, in one kind of epigenetic modification. When DNA or chromatin is methylated, it can alter gene activity by making genes more or less open to being transcribed. The function of RNA methylation, however, has remained a mystery since the discovery of this phenomenon decades ago. A detailed map of epigenetic marks on mRNA across the transcriptome would allow scientists to start navigating the epitranscriptome and begin uncovering its functional role.

One reason RNA methylation is so elusive is that RNA can be tricky to work with. “When working with RNA, we often try to turn it into DNA as soon as possible, because DNA is stable and RNA is not,” said Schraga Schwartz, first author on the new study and a postdoctoral researcher in the laboratories of Broad core faculty members Eric Lander and Aviv Regev, a senior author. “But when studying epigenetic modifications of RNA, once you’ve turned it into DNA, it’s too late. The modifications are no longer going to be there. Whatever you do has to be done at the RNA level.”

Decades ago, scientists pioneered methods of using antibodies to capture modified fragments of the genetic material, but once the fragments were isolated, they had difficulty identifying them. Only with the latest advances in RNA sequencing – and more recently, methods to sequence very small amounts of RNA – could scientists begin to make real headway in the study of the epitranscriptome.

“Until recently, we just knew there was a lot of RNA methylation going on,” said Schwartz. “But nobody knew where.” He explained that better methods to map the modification of messenger RNA across the transcriptome are a first step to uncovering the modifications’ functional roles. “Where is this happening? That’s pretty much an elementary question before starting to address function.”

Before joining the Broad two years ago, Schwartz was part of a research team in Israel that developed a method to study RNA methylation by incorporating RNA sequencing.

At the Broad, Schwartz together with research associate Maxwell Mumbach further optimized the technique in several ways: by reducing the RNA fragment size used in sequencing, which increased the resolution of their map, and reducing the necessary amount of starting material. The team then joined forces with Sudeep Agarwala and Gerald Fink of the Whitehead Institute to map methylations in yeast cells, which experience peaks of RNA modification during meiosis, giving the scientists a dynamic system to study. “In yeast cells, we can really follow methylation as it comes and goes,” said Schwartz. Using yeast cells, the team was also able to shut down the enzyme that adds methyl groups to RNA, allowing them to eliminate many false positive sites.

These advances produced a high-resolution map of more than 1,300 sites of RNA methylation across the yeast transcriptome, down to the single nucleotide. The researchers also characterized the role of three proteins that make up the methylation machinery, shedding light on how these proteins are specifically regulated during meiosis. In addition, they identified a novel protein that binds specifically to methylated RNA. Future studies of these proteins should yield clues about the role of RNA methylations in the cell.

The precise regulation of methylation levels during meiosis suggests an important, still unknown, functional role for RNA methylation. Schwartz, Regev, and their fellow scientists are now pursuing studies to uncover the function of these epitranscriptomic changes, by perturbing those sites in both yeast and mammalian cells. “Our hope is that yeast can serve as a model organism for uncovering function and that a lot of this information will be applicable to humans, given the large extent of conservation that we find,” said Schwartz.

Results of this work may yield insights into disease mechanisms. For example, the top gene associated with obesity, FTO, is an enzyme involved in RNA methylation and, for this reason, obesity researchers are very interested in understanding more about the epitranscriptome.

With this new high-resolution map in hand, scientists can begin exploring the landscape of the RNA epitranscriptome. The work illustrates the importance of mapping in biological study. “You cannot navigate without a map,” explained Schwartz. “One of the most informative things one could do to discover the function of RNA methylation is to perturb specific sites, but that’s only possible once you know where the sites are.”

The field of epitranscriptomics is still relatively new, since techniques that make it feasible only arose in the last couple of years, explains Schwartz. “It’s fascinating for me to follow a field from its infancy and see how knowledge gradually accumulates over time through the joint work of an entire community.”