Broad Technology Labs: A place for science, technology, and invention to mingle 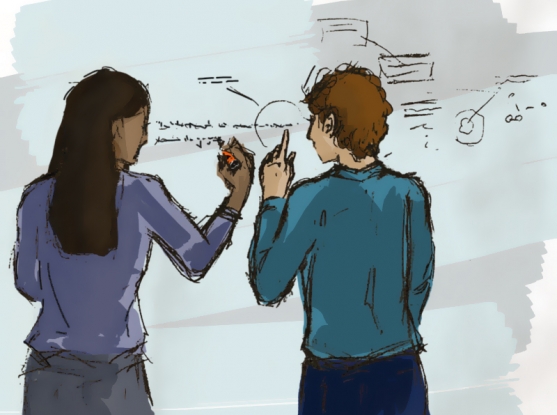 Credit : Susanna Hamilton, Broad Communications
By Tom Ulrich
Science needs technology. Sometimes that technology has to be invented. That’s where the Broad Technology Labs come in.

In a space on the eighth floor of the Broad’s Stanley building, a technician and a scientist stand before a whiteboard, scribbling project requirements and development timelines. The walls around them are festooned with multi-colored tape and sticky notes marking out giant spreadsheets, statuses and milestones scrawled in the cells.

Down the hall, past a sign pointing to “BTL,” a pair of engineers hunches over a laptop, programming a laboratory robot the size of a refrigerator. A programmer is all but covering her office windows with dry erase marker, mapping out algorithms and code.

“BTL” is short for Broad Technology Labs, a 30-person group that works to bring cutting edge technology to Broad researchers. Individually each member wears several different hats, but collectively their efforts boil down to one key question: How can we help Broad researchers get access to the technologies they need to do the science they want to do, even if the technologies don’t exist yet? In the process, BTL is helping to fuel the evolution of the scientific landscape at the Broad and elsewhere.

We sat down with Chad Nusbaum, senior director of the BTL, to talk about the lab’s history and philosophy, and to learn about the ways in which it helps scientists at the Broad and beyond achieve their research goals.

What is the BTL’s origin story?

The BTL’s roots go back to the Human Genome Project (HGP) and the Whitehead Institute’s Center for Genome Research (CGR). The HGP required a ton of technology development, because genome sequencing had to get very “big.” The CGR team eventually grew into a very large group because we were committed to technology development, automation, and process improvement.

Through the ‘00s, after we transitioned to the Broad, we built a track record for creating and improving sequencing technologies. Around 2010, David Altshuler, a founding core member of the Broad, started asking questions like, “This team does a great job doing technology development for DNA sequencing. Why can’t we think about a world where we can do the same thing for any technology area across the institute?” And in 2012, the institute formally created an internal innovation and technology center, which we eventually came to call the Broad Technology Labs. 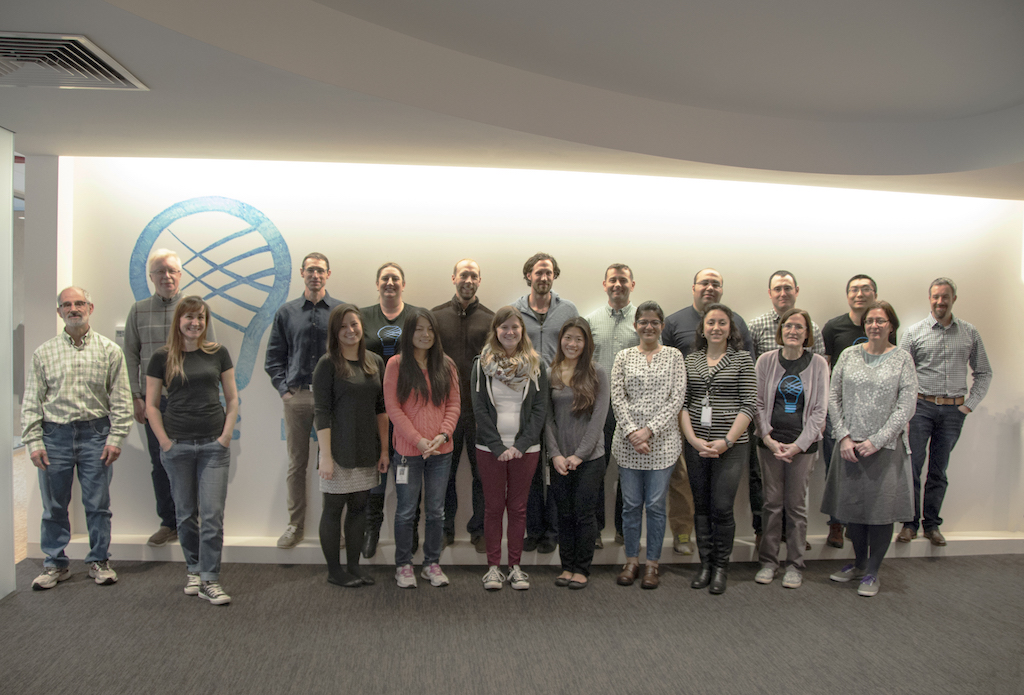 Where did the name come from?

It’s an homage to Bell Telephone Labs, which in the mid- to late-20th century invented, improved, and implemented all kinds of incredibly important tools for telecommunications. That included some super exciting ones, like the silicon chip, and some that weren’t glamorous at all, like the telephone pole.

I like to use that story as an example of a central theme of technology development: That you invent what you need, not what’s necessarily beautiful or glamorous.  Without the telephone pole, we wouldn’t have had the telecom revolution.

Do the BTL’s activities fall into any general categories?

Overall, we have three activity areas. The first is fundamental technology research and development, in which we come up with entirely new approaches and processes. For instance, we’re actively engaged with several Broad groups to develop and implement new tools, workflows, and algorithms that can reduce the complexity and cost of identifying and studying structural variations in the human genome.

Second is lab services, in which we provide the technologies, methods, and processes we invent, and others that we didn’t, as services to the Broad community. Cell sorting is a prime example. Up until a few months ago, we didn’t have cell sorting capabilities here, though there was much clamor for it. Creating a sorting facility was a two-year process that brought BTL together with the Broad's Cell Circuits Program, the Genomics Platform (GP), and a wide swath of the Broad community. But as a result, the institute now has three cell sorters, four analyzers, and an experienced staff to run them, even on nights and weekends.

Third is what we like to call “instantiation,” or reduction to practice of an activity. There’s a fair amount of work required to industrialize a process: doing it at scale, automation, sample tracking, verifying standard procedures, setting up a supply chain, training and cross-training, etc. For instance, we recently instantiated a single-cell version of Smart-seq2 that was developed in the Klarman Cell Observatory, as well as a low-cost library construction method for high-throughput metagenomic sequencing called Cheap-seq that has found a home in a few microbiome studies.

Do any technologies stand out as particular strong suits for the team?

Single-cell RNA sequencing is probably half of our service activity at this point, and the processes we’ve helped develop are in use in a wide range of labs within the Broad and elsewhere. More and more of the science we do is being done at the single-cell level, and so those tools have to get better and cheaper.

A big goal for us for this year is to figure out a process improvement and growth path for single-cell methodologies. For single-cell projects, the more cells one can evaluate, the greater the power of the study. Cost quickly becomes a major factor at scale, when trying to process and study thousands of cells. Thus, we want to lower the cost per cell in large batches as much as we can.

Does cost often factor into the team’s improvement plans?

What are some of the key projects the BTL team has worked on of late? 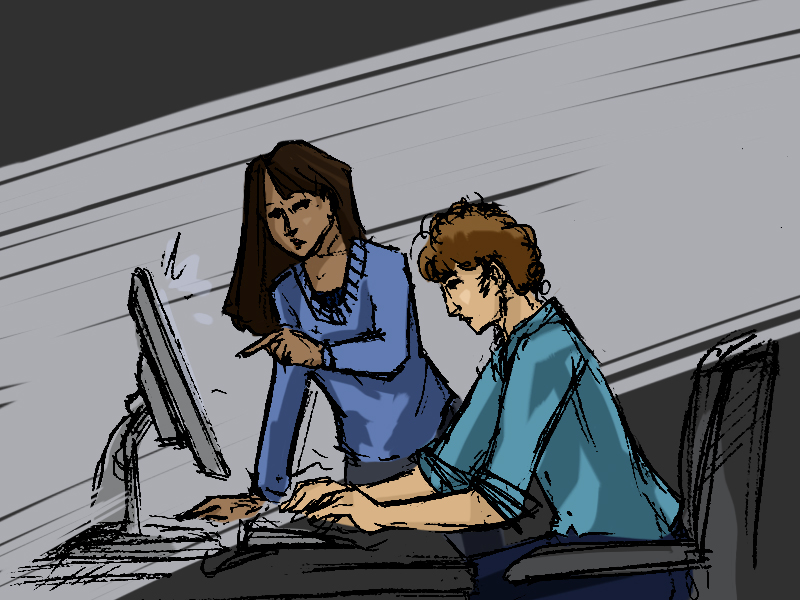 Does BTL also look outside for new technologies to bring into the community?

We do a lot of technology scouting. We try to know about new instruments before they’re ready to be tested so we can start thinking about what we would use them for once they’re ready.

We also give manufacturers formal or informal advice on how to make a device or technology work better for us and for the field. One of our programmers even went so far once as to re-write a system’s front-end user interface and give it to a manufacturer, who then put it in all their machines.

Does BTL work with groups outside the Broad?

We do things for collaborators outside the Broad, and we’re happy to do so as long as capacity allows. But our primary mission is to serve the Broad community.

It must take quite a team to do all this.

We’re staffed to tackle a wide range of projects and challenges. The team includes a wide range of expertise, including genomics, epigenomics, and transcriptomics experts; molecular biologists; automation specialists; software and algorithm developers; and engineers.

But for the number of processes we run, our production team is quite small. Everyone knows seven or eight processes, and is able to switch between them quickly. Cross-training is very important.

As best as you can predict, what do you think the BTL's top priorities will be over the next few years?

We’re always working to stay on the cutting edge, and to be able to see over it. Truthfully, in this incredibly dynamic environment there is a steady stream of groundbreaking new ideas for us to work on. That said, single-cell processes will continue to increase their impact at Broad. I also see great opportunities in metagenomics and epigenomics.

What is it about technology and process development and improvement that gets you excited?

I love being in a position to enable scientific progress in so many labs and so many areas by making cutting edge capabilities available to researchers. It’s exciting to push back the limits of what’s possible, and really gratifying to put new and empowering tools in the hands of Broad scientists. 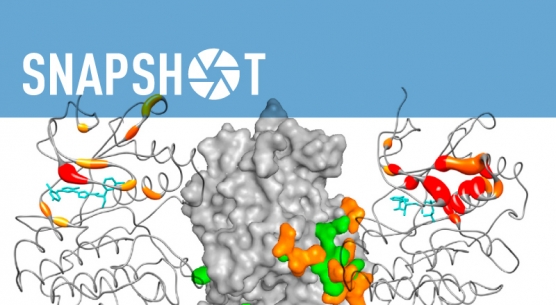 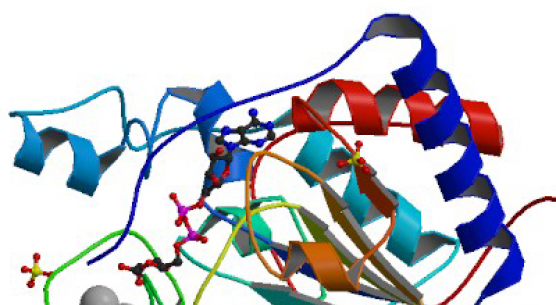