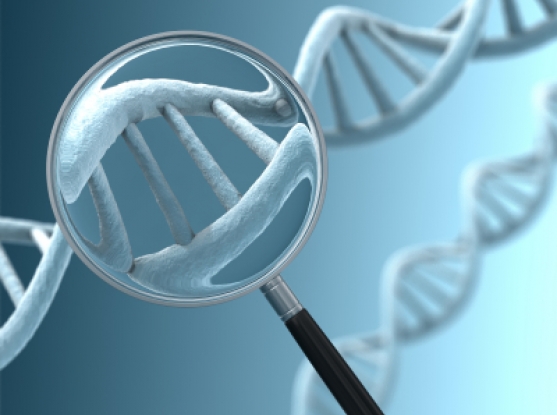 By Leah Eisenstadt
Genome-wide association studies (GWAS) have been successful at discovering common genetic variants that are risk factors for disease or that influence traits. Although more than 1,000 genetic loci, or regions of the genome, have been associated with diseases or traits through GWAS, much of the...

Genome-wide association studies (GWAS) have been successful at discovering common genetic variants that are risk factors for disease or that influence traits. Although more than 1,000 genetic loci, or regions of the genome, have been associated with diseases or traits through GWAS, much of the heritability remains hidden. A disease or trait’s heritability is the degree to which it is inherited, and therefore, influenced by genetic elements; scientists often determine heritability through studies of siblings and twins to tease out genetic and environmental effects. While known, common genetic variants contribute to some of the heritability of studied diseases and traits, so far they fall short of explaining it all, suggesting that there are more genetic factors to find. Some scientists believe that the gap may be filled, in part, by less common variants, in addition to structural variation and interactions among genes and with the environment.

As the cost of sequencing drops and next-generation technologies are applied to decode more and more human genomes, such as in the 1000 Genomes Project, scientists have a better ability to locate those less common variants. Single-nucleotide polymorphisms (SNPs) — the focus of GWAS — are common variants that occur in more than 1% of the population, or in one out of every 100 people. To find genetic variants that are considered “rare,” or those found in less than 1% of the population, researchers must take innovative computational approaches to overcome the challenge presented by the variants’ scarcity.

Researchers at the Broad recently published their statistical approach to uncovering rare genetic risk factors in sequencing data. In work led, in part, by Broad Medical and Population Genetics Program co-director Mark Daly, the scientists presented a statistical method called C-alpha to determine whether a set of variants contains those that confer risk and those that confer protection – suggesting that a given variant is a disease risk factor and potentially pointing to important genes.

As sequencing picks up speed, the C-alpha technique and others like it will help scientists reveal new clues to the mechanisms of human biology and disease.

The C-alpha test is already being applied to large-scale disease sequencing studies by many researchers to identify new genes or regions that may have been missed with GWAS, according to Broad researcher and co-first author Manuel Rivas. “Because the C-alpha test can detect signals with protective and/or risk effects,” he says, “it will be a very useful technology to achieve that goal.”