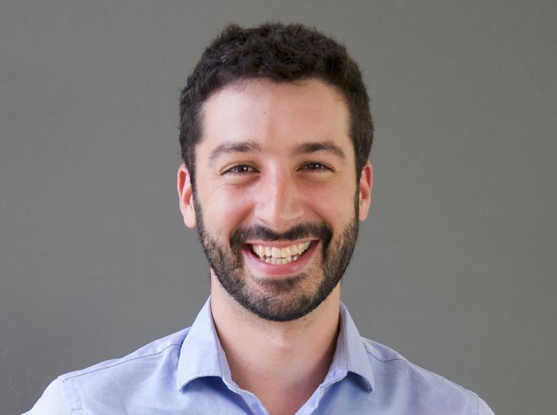 Since its inception, the Broad Institute has been known as a trailblazer in genome sequencing and analysis, nimbly incorporating the latest technologies and pioneering new methods to produce the highest quality genomic data at the largest possible scale. Broad’s Genomics Platform is at the center of those efforts. Working with Broad-affiliated scientists and researchers from across the globe, the platform has consistently been one of the largest producers of human genomic information in the world.

But even in the most collaborative of environments, keeping the community informed about the technological developments and resources available in the rapidly evolving field of genomics can be a challenge. That’s where Andrew Hollinger comes in. As the associate director of marketing and communications for the Genomics Platform, his job is to represent the products, services, and spirit of the organization effectively, and in understandable and relatable terms. Whether in person, through print and web content, or over social media, he connects with the scientific community and the public, keeping them apprised of the platform’s latest capabilities.

In a #WhyIScience Q&A, Hollinger explains how he came to work at the Broad and talks about some of the exciting trends in his field:

Q: How do you approach your work as the “external face” of the Genomics Platform?
A: I take many different approaches. I create literature about the platform’s products and services. I write white papers, manage websites, and lead tours. I reach out through social media accounts. I also coordinate the Broad Institute presence at several major conferences each year.

Q: I know that, this week, you’ll be attending the American Society of Human Genetics (ASHG) Annual Meeting. Why are these conferences so important to your work?
A: A big part of my job involves helping various research teams from the Broad share their work and connect and engage with the biotech community. At most conferences I attend, I’m not an attendee in the traditional sense. I don’t get to see too many of the sessions or talks. I’m usually found on the exhibition floor at the Broad Genomics booth, coordinating with all the other Broadies attending, and interacting with the thousands of attendees who stop by. My approach to conferences is to capture the spirit and activity of the Broad’s own annual Scientific Retreat, and recreate it on the road. The biggest benefit is the opportunity to provide an open door into the Broad and connect the biotech community to the institute’s researchers and resources. 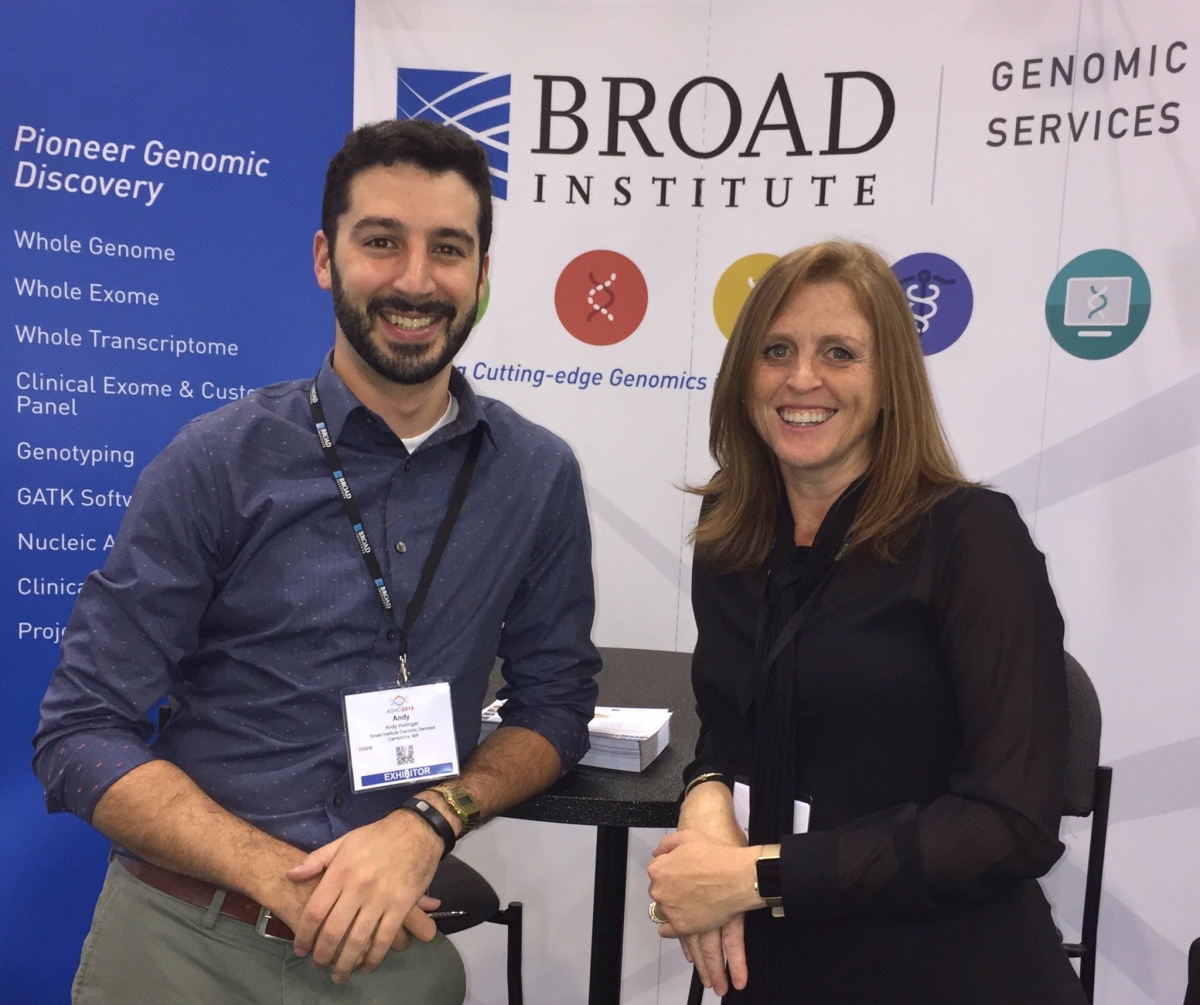 Andy Hollinger with colleague, Jane Wilkinson, in the Broad Genomics booth at a recent conference.

Q: How did you decide to pursue your particular line of work?
A: I was inspired by the Human Genome Project (HGP) and followed its progress while I was in high school. The idea that we have the ability to read and record the blueprints of life was fascinating and exciting; there was a sense of exploring the unknown—a whole realm of opportunity. I committed myself to the study of genetics hoping that one day I could join the team.

Fortunately for the Human Genome Project, massive technological leaps in sequencing technologies allowed completion well ahead of schedule. Unfortunately for me, I was still in school and had missed it. I switched my studies to stem cells but, when I graduated, I found that funding for stem cell research was lagging, so I broadly and blindly applied to biotechs in the Boston area. It was several month after I started working here that I realized the Broad was the spiritual successor of the Whitehead Institute’s Center for Genome Research, which had played such a huge role in the HGP. I had ended up working where I wanted to from the very beginning.

Q: What have you found most rewarding about your work over the years?
A: I love creating genomic data, and seeing it used to unlock mysteries of disease and improve people lives. In my mind there is no question as to the utility of genomics, and I imagine most people reading this would agree. But, there are many people out there that are not so sure. We need engagement and storytellers to make science accessible and get the public excited about it, and I enjoy playing a role in that.

Also, when I started we had sequenced relatively few genomes. The potential for improving people's lives through an understanding of genomics was exciting, but what we could do and when that might happen were complete unknowns. This year, the Genomics Platform joined the NIH's All of Us initiative to provide clinical whole-genome sequence and array data for one million Americans. Being a part of an organization that has brought about this inflection point of affordability and utility is immensely rewarding.

Q: What would you say is the biggest challenge you encounter in your work?
A: Educating external research groups about the finer points of data quality can be a challenge. Many people think genomics data is the same regardless of how it is generated, but it’s my job to articulate what makes the Broad different.

Q: And what does make the Broad different?
A: Our team produces some of the highest quality sequencing data in the world, and I think that’s due in large part to the synergistic relationship between the Broad’s platforms (where our experts design research tools and technologies and work with researchers to apply them) and its programs (where research groups use those tools to, say, study cancer or population genetics). For example, the technical specifications of our exome sequencing—the targets covered, the evenness of coverage across regions—are designed and validated with our researchers in Broad’s various programs. It’s a huge benefit to have these groups together in-house. Most other sequencing centers don’t have such easy access to scientists who are actively using the data to study scientific problems.

Q: What trend in your field most interests you, and why?
A: Change. I like to say that every six months there are small changes, and every 18 months there are dramatic changes. Genomic data generation and analysis is constantly evolving. This can be driven by technological innovation, changes in organization, funding, or breakthrough discoveries. Ironically, change is so consistent that we have to plan for flexibility and design for change itself.