A biologist, a mathematician, and a computer scientist walk into a foobar 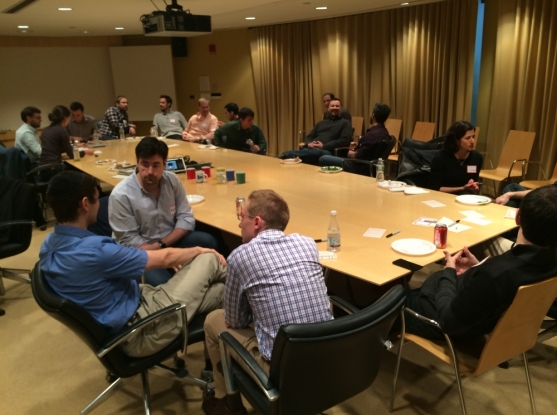 By Jon Bloom
Ryan Adams’ colloquium and machine learning at Broad On November 12, the Broad welcomed a visit from Ryan Adams , a world leader in machine learning - a field at the intersection of applied math and computer science that develops models and algorithms to learn from data.

On November 12, the Broad welcomed a visit from Ryan Adams, a world leader in machine learning - a field at the intersection of applied math and computer science that develops models and algorithms to learn from data. Adams has one foot in academia (as a Harvard School of Engineering and Applied Sciences professor and group leader of Harvard Intelligent Probabilistic Systems) and the other in industry (as head of research at Twitter Cortex, making sense of all your tweets!). He also co-hosts the podcast Talking Machines, a curated deep dive into the ideas and individuals advancing machine learning, with 30k weekly listeners in its first year.

In his Broad colloquium entitled Machine Learning and the Life Sciences: Beyond Data Analysis, Adams first described ongoing work to automate the design of organic molecules, DNA sequences, and biomimetic robots by closing the loop on data generation and analysis. These ideas may be useful whenever one is optimizing a biological design with respect to some property, particularly when the space of possible designs is enormous and each design is expensive to test in terms of time or dollars, e.g., CRISPR-Cas guides and proteins for on- and off-target effects, genetically-engineered cells for biosynthesis, cancer vaccines for immune response, proteins and small molecules for binding, efficacy, side-effects, etc. Adams then described how important classes of machine learning algorithms can be implemented directly with chemical reaction networks of biomolecules. 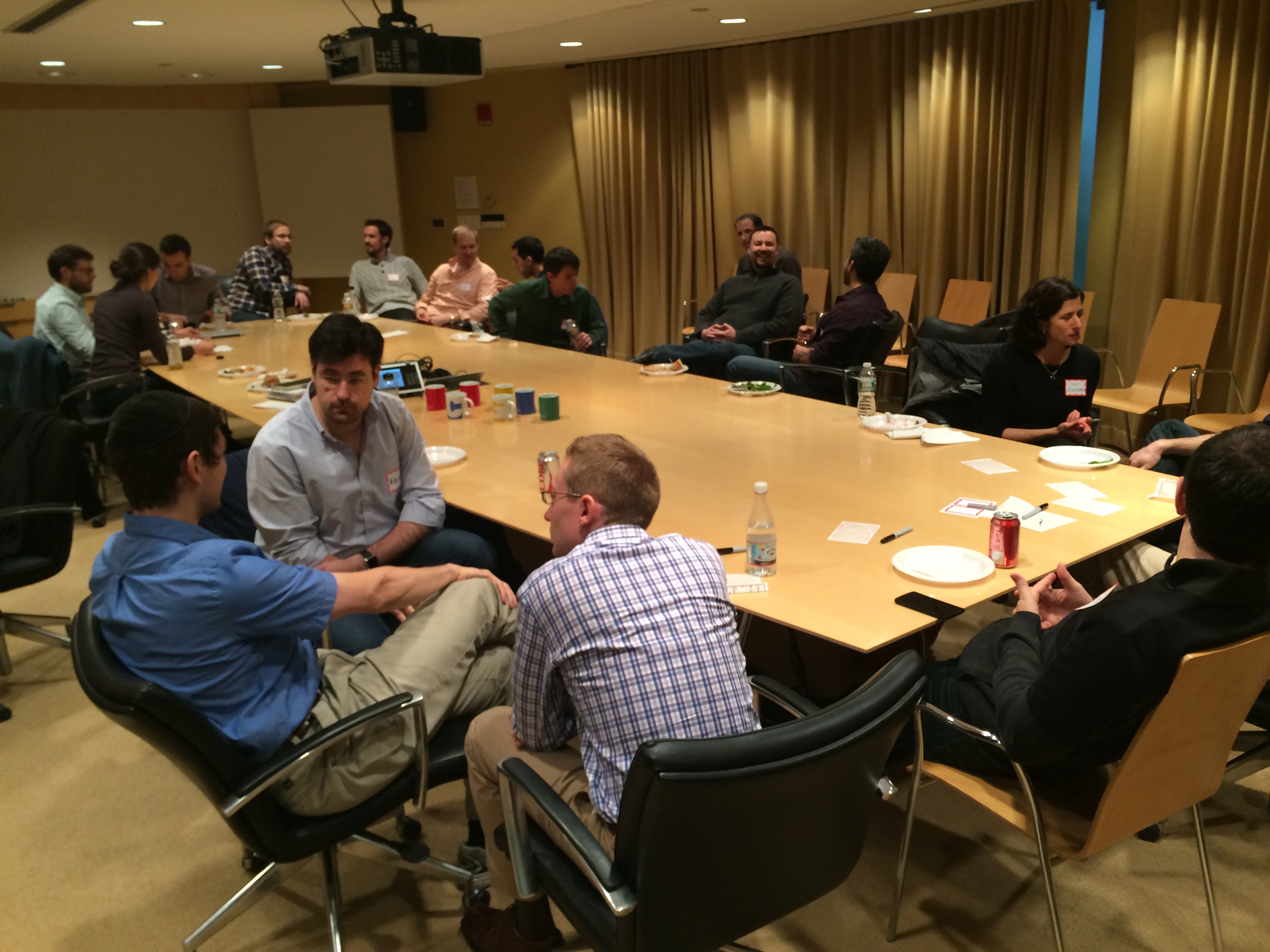 The talk overflowed the auditorium, drawing biologists, computational scientists, and software engineers from across Broad, as well as visitors from Harvard, MIT, Google, Microsoft, Intel, and Twitter. The turnout reflects an appreciation that the exploding scale and complexity of biomedical data demand greater direct collaboration between biologists and experts in mathematics, statistics, machine learning, and computer science.

One venue where this collaboration is happening is the Stat Math Reading Club (SMRC, pronounced “smirk”), which began in September 2014 as pedagogical board-talks; it has grown into a friendly, exploratory space for Broadies looking to learn from one another and dive deeper into the math, stats, and machine learning underlying their work. This term, SMRC has attracted theoretical and applied experts from both academic and industry; in fact, six of Adams’ postdocs and grad students gave beautiful chalk talks, with one hundred learners in attendance each week.

This year Broad also piloted an experimental series of “lunch bashes,” co-led by Broad scientists and MIT mathematicians, with fifty Broadies and mathematical visitors engaged in very active discussion. The first two bashes made for boisterous cultural exchange around core challenges in molecular biology made newly vulnerable by advances in genetic engineering and single-cell RNA sequencing.  These were led by Aviv Regev and Brian Cleary of Broad, and Philippe Rigollet, Jörn Dunkel, Jonathan Kelner, and Ankur Moitra of MIT Math. Eric Lander joined in the fun, and several new collaborations have emerged.

For those aficionados in the Boston area, stay tuned for bashes on statistical genetics (Mark Daly) and cancer (Gad Getz), as well as an exciting series of talks in the new year, beginning with Brendan Frey, professor of genetics and computer science at the University of Toronto and the CEO of Deep Genomics. Even if you are not local, you can check out the learning resources on the SMRC website, and the new Broad Fellows Program which provides 3-5 years of generous support to outstanding postdoctoral candidates in quantitative fields who may lack experience in biology.  It’s an incredibly exciting time at Broad for collaboration between biologists, computational scientists, and software engineers, with many more events and opportunities to come...